"We are striving to resolve this issue safely and peacefully," said Dilkens. 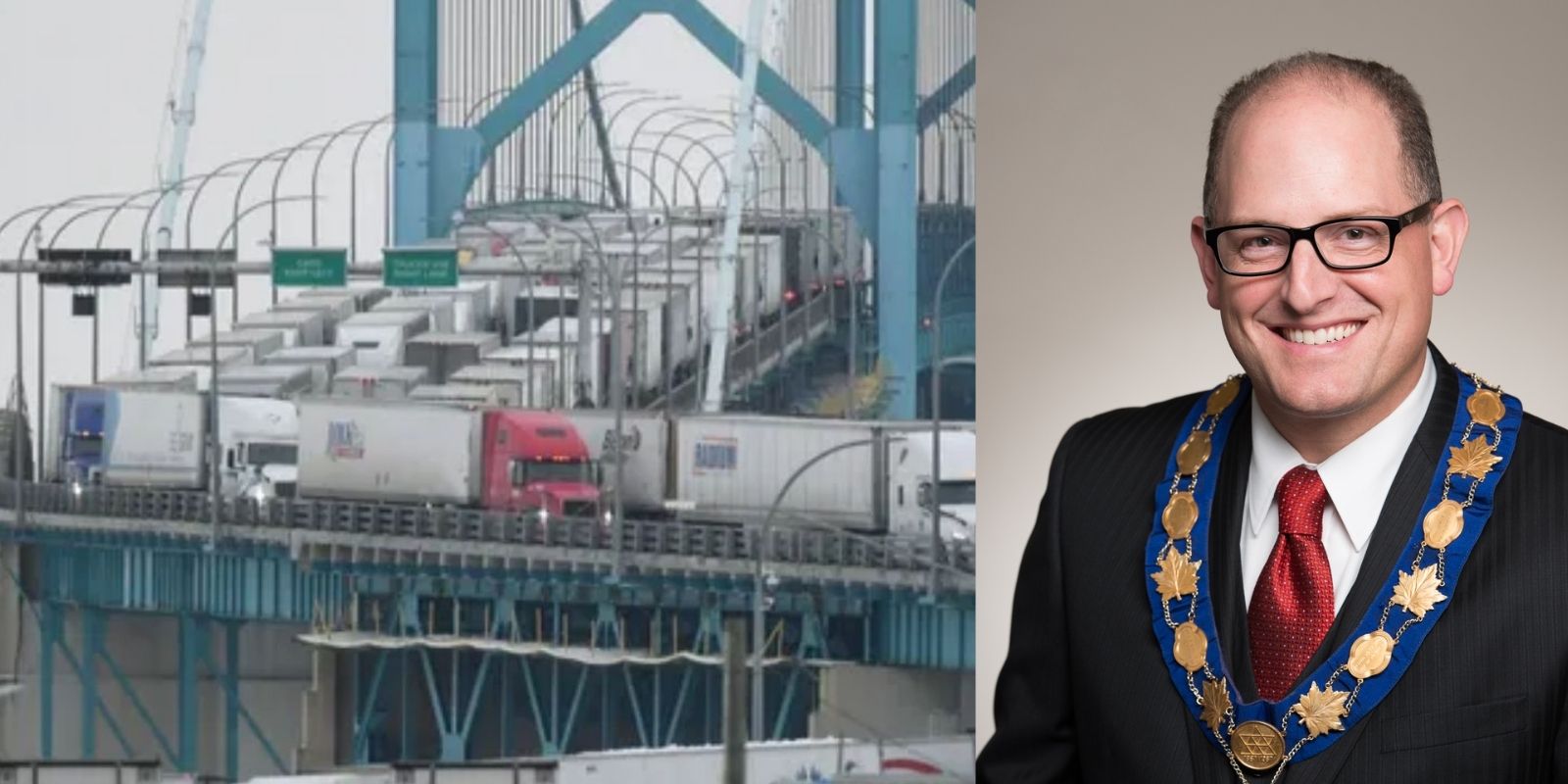 Windsor Mayor Drew Dilkens addressed media today, as blockades on the Ambassador Bridge related to the Ottawa truckers Freedom Convoy continues to halt an estimated $450 million worth of goods, each day.

"Every hour this protest continues, our community hurts", said Dilkens. "... Our grocery store shelves are stocked with food because of the transport of food across the border. I'm very concerned about the lasting and permanent impact that this demonstration and protest will have on the region's economic competitiveness."

Dilkens said that officials have been contacted at the provincial and federal level to request additional resources, to help clear the area. Dilkens said that while some may want to see the area cleared out forcefully, it was worth waiting to resolve things civilly.

"These are issues that need to be considered as we seek to address the present situation.

"I'm concerned about the health and safety of local residents, as of today these demonstration and these protests have been y and large peaceful and without incident," said Dilkens.

"In the past 24 hours, we have spoken with officials at both the provincial and federal government, and formally requesting additional resources. What we are hopeful this situation can be resolved in the near term, we need to plan for a protracted protest and have requested additional personnel to be deployed to Windsor to support our hard working members of the police service.

"We are striving to resolve this issue safely and peacefully," said Dilkens.

"My office has already received numerous complaints from residents and business owners advocating for the demonstrators to be forcefully removed. While it may be gratifying for some to see the forced removal of demonstrators, such action may inflame the situation and certainly cause more folks to come here and add to the protests," said Dilkens.

"That said," she continued, "this is a matter for law authorities, governments don't tell them what to do. But I think we need to plan from the Prime Minister on on how to end this."