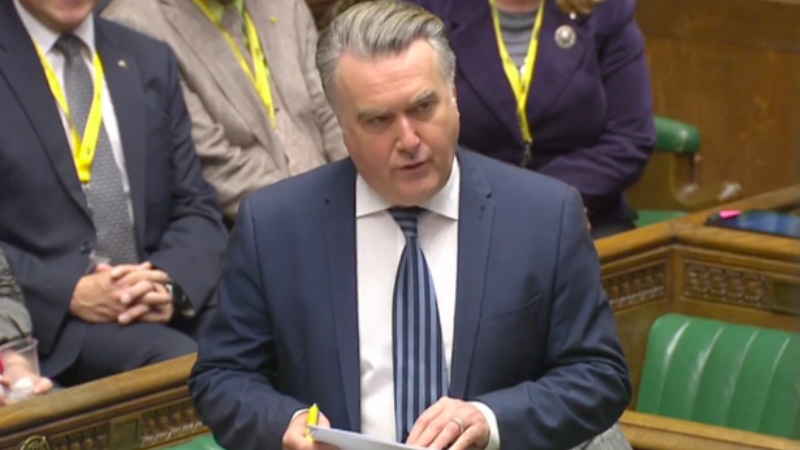 Mia Ashton Montreal QC
Sep 14, 2022 minute read
ADVERTISEMENT
ADVERTISEMENT
On Tuesday, a British MP testified before a judge that some people are “born into the wrong body” during day two of the Mermaids v LGB Alliance hearing, in which trans rights group Mermaids alleges that the lesbian-focused LGB Alliance doesn't have the right to exist.

John Nicholson MP. SNP (Scottish National Party) Member of Parliament for Ochil and South Perthshire, was brought into court to give evidence in support of trans rights charity Mermaids in their attempt to strip gay rights group LGB Alliance of their charitable status.

Karon Monaghan KC, counsel for LGB Alliance began her cross-examination of Nicholson with the topic of proposed reforms to the Scottish Gender Recognition Act, which LGB Alliance has vocally opposed.

The reform seeks to reduce the barriers for transgender people in obtaining a Gender Recognition Certificate (GRC), effectively implementing a system of self-ID in which a person can simply declare themselves to be a member of the opposite sex and obtain a GRC which permits them to use spaces designated for their acquired gender.

LGB Alliance has stated outright that this will erode women’s sex-based rights.

“It is such an important thing for someone who is born into the wrong body, that's why it is such an important progressive piece of legislation,” Nicholson replied after Monaghan KC asked if he understood the importance of a Gender Recognition Certificate with regards to the issue of single-sex spaces.

“I just do not understand this obsession with people's genitalia … you are a lesbian because you declare yourself one. No one has to inspect you and confirm you are a lesbian," Nicholson replied when asked by Monaghan whether a heterosexual male who obtains a gender recognition certificate is a lesbian.

Nicholson accused LGB Alliance of “false statements, untruths, [and] scaremongering” stating that “trans people do not simply grow up to be gay.”

Monaghan asked him if he has read the Cass Review, which was commissioned by the National Health Service and led to the shuttering of the Tavistock gender clinic.

Dr. Hilary Cass undertook the research study on behalf of NHS to investigate Tavistock clinic, which was the only gender clinic in England, and routinely prescribed puberty blockers to children claiming to suffer from gender dysphoria. That study found that Tavistock was neither "safe or viable."

“I have read a short summary," Nicholson replied.

"I cannot stress how damning this is," she went on. "People who claim to have the best interests of children at heart can't even be bothered to properly engage with the evidence produced by an independent review.”

The next witness called was Dr. Belinda Bell, Chair of trustees of Mermaids. She began by stressing that Mermaids does not “do medical stuff” and they “do not treat gender dysphoria”.

Yet in 2018, Mermaids submitted evidence to a parliamentary committee advocating for puberty suppression and cross-sex hormones for under-18s.

A study of 100 detransitioners published in 2021 found almost a quarter of the respondents gave the reason for transition as “homophobia or difficulty accepting themselves as lesbian, gay, or bisexual.”
ADVERTISEMENT
ADVERTISEMENT
nicholson