"Celebrations like these create confusion for our daughters who are adjusting to their natural sexual development. And they are contrary to our Catholic faith." 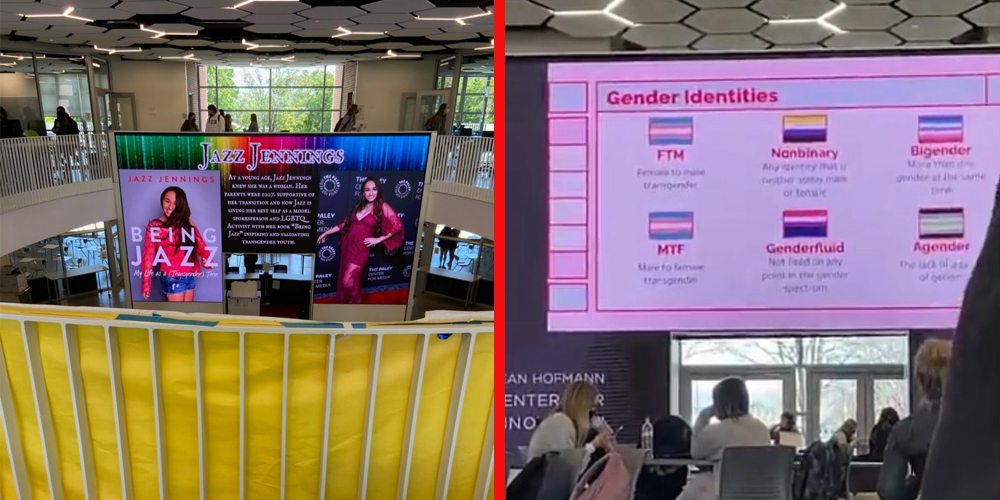 A recent report highlights how an all-girls Catholic high school in California injected progressive gender ideology into their school's "cultural'' fair. Student attendees were subjected to rhetoric about transgenderism and LGBTQ lifestyles, which in itself clashes with the fact that this took place at a religious private school.

This recent report comes from the Parents Defending Education group which talks about an event at Carondelet High School back at the end of January. It included presentations about gender identity ideology and involved an activity where students could make "pronoun buttons."

It was billed as the "Community During Community" festival sponsored by the DEI Council. A post on the school's Instagram page indicates how students were incentivized via a "passport" system to visit as many booths as possible because they got prizes in doing so.

The National GSA Alliance had a booth at the event. A glance at their national website shows that the purpose of the GSA is to create a national movement of LGBTQ student activists.

One student's mother told Parents Defending Education that what these events are teaching goes against the Catholic faith.

"The event seemed like a days-long promotional commercial for dangerous transgender ideology. I am concerned because the school has gone well past just welcoming. Celebrations like these create confusion for our daughters who are adjusting to their natural sexual development. And they are contrary to our Catholic faith."

When the mother tried fielding her complaints to the school's principal, she was directed to the Sisters of St Joseph website.

Here it outlines the mission of the school is now interpreted as standing "in solidarity with and support lesbian, gay, bisexual, and transgender (LGBT) persons in our quest for inclusion and justice, knowing that Jesus welcomed everyone to the table respecting the dignity of every human person."

The event was hosted at the school's Jean Hofmann Center for Innovation building. While it was advertised as being dedicated for furthering STEM education since it opened in November 2019, it has been regularly used as a politicalized venue for activist pow-wows.

Previously, the transgender teen-turned-reality show star Jazz Jennings had their own dedicated wall during Carondelet's 2021 "Pride Month" event. "We created a slideshow with images and descriptions of different influential people in the LGBTQ+ community. We hope to celebrate the people that have paved the path for LGBTQ+ rights and representation," a student said in explaining the feature.

Other "news" posts from the center that don't even give a passing mention to religion or God include features about black identity, disavowing anti-Asian violence, and women breaking the glass ceiling.

It's not the first time men of the cloth turned away from Christ and preached secularism.