A public school teacher in California is reportedly under internal investigation after she suggests that students recite the Pledge of Allegiance to the Pride flag after she removed the American flag, because it made her "uncomfortable." 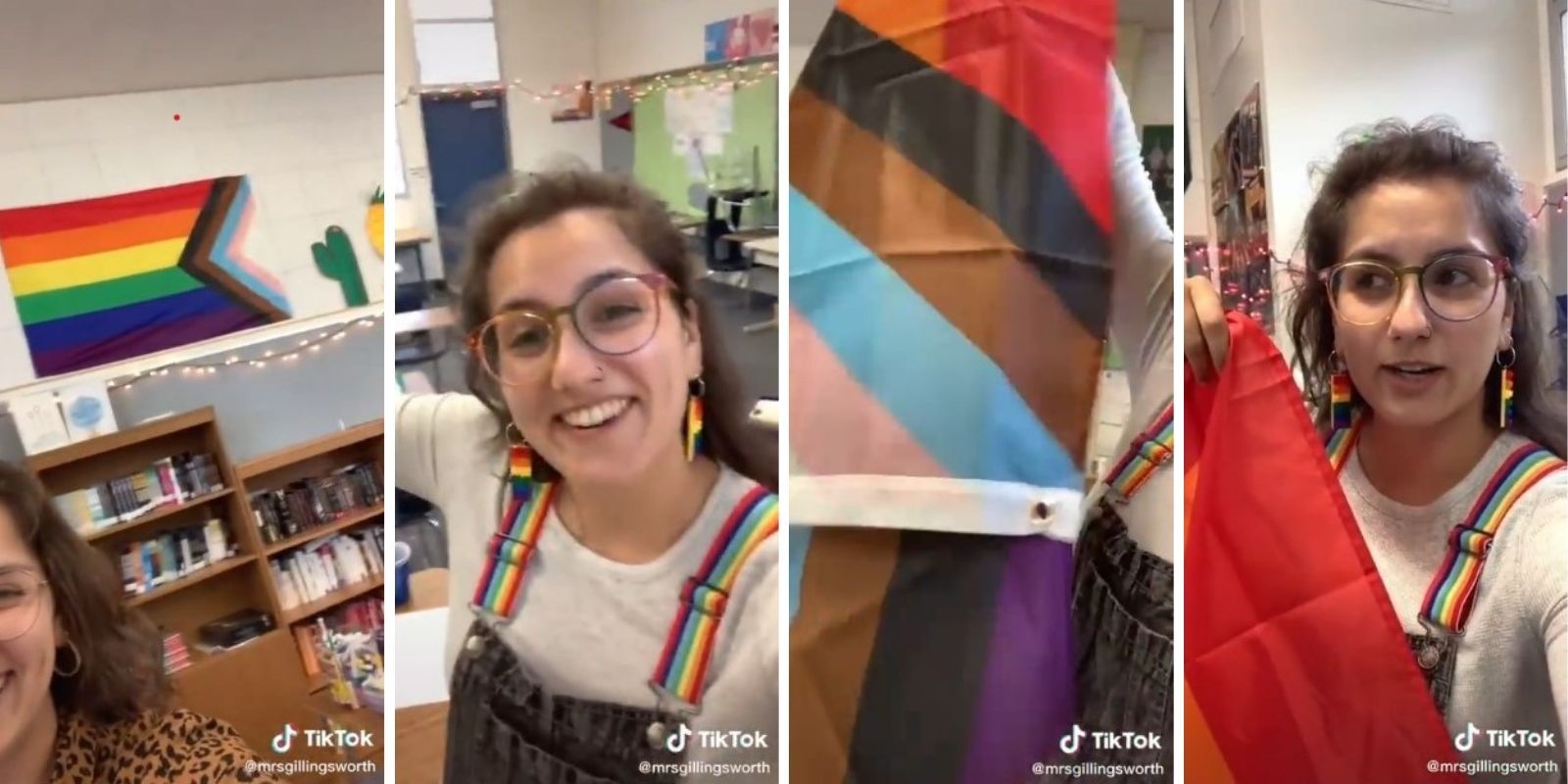 Kristin Pitzen, a public school teacher working for the Newport Mesa School District in Orange County, California, is reportedly under internal investigation after she suggests that students recite the Pledge of Allegiance to the Pride flag after she removed the American flag, because it made her "uncomfortable."

In what could turn out to be another case of inappropriate bias on the part of a public school educator, Pitzen says in the viral video that she posted to social media herself: "Okay, so during third period, we have announcements and they do the Pledge of Allegiance."

"So, my class decided to stand but not say the words. Totally fine."

"Except for the fact that my room does not have a flag."

Referring to Old Glory itself, Pitzen then says that the American flag made her "uncomfortable" and continues with, "I packed it away and I don't know where, and I haven't found it yet." She then chuckles.

"So [one of my students] said, 'Hey, it's kinda weird that we just stand and say [the Pledge of Allegiance] to nothing,'" Pitzen goes on.

More chuckling and covering of the mouth by Pitzen ensues, before she continues again: "In the meantime, I tell this kid, 'We do have a flag in the class that you can pledge your allegiance to.'" Pitzen makes the quotation signs with her fingers.

She then pans the camera to show the Pride flag above and behind her.

A spokesperson for the Newport Mesa School District released the following statement to Fox News regarding the incident: "We are aware of this incident and are investigating. While we do not discuss employee related matters, we can tell you that showing respect and honor for our nation's flag is a value that we instill  in our students and an expectation of our employees. We take matters like this seriously and will be taking action to address it."