As Chicago public schools began reopening in preparation for in-person learning, roughly a quarter of teachers who were supposed to return to the classroom, totalling 915 teachers, have refused to do so. 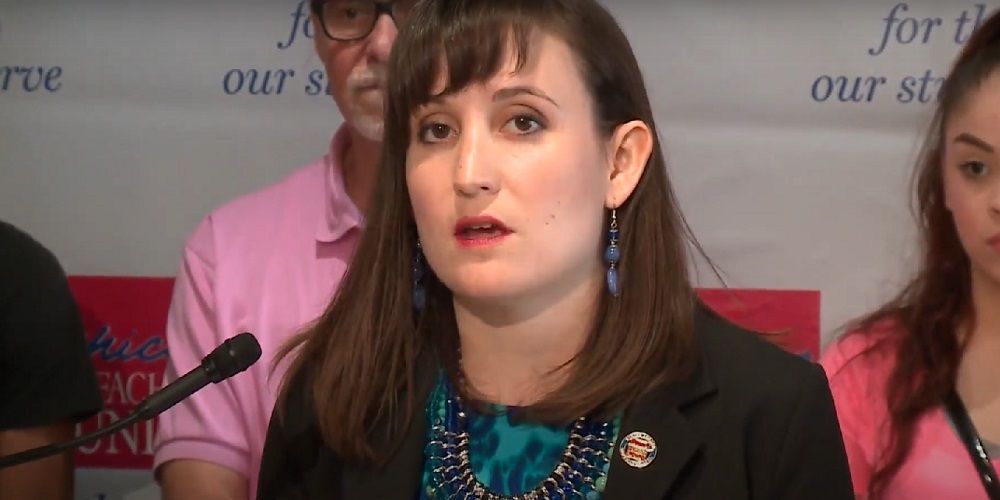 The Chicago Public School System said Monday that the nearly 18 percent of teachers who have failed to return to the classroom after the city reopened in-person learning could have their payments cut, WBEZ reports.

As Chicago public schools began reopening in preparation for in-person learning, roughly a quarter of teachers who were supposed to return to the classroom, totalling 915 teachers, have refused to do so. The Chicago Teachers Union (CTU) has cited the coronavirus as the reason they refuse to return.

Of the more than 900 teachers who haven't gone back to work, 678 reportedly did not have an excuse for their absence and 145 of them are now considered "absent without leave," according to WBEZ.

CTU has called the pay cuts for teachers who refuse to work "cruel and illegal" given that the the coronavirus is reportedly the reason their members cannot return. CTU claimed there is at least one outbreak in a Chicago school that has recently reopened in-person learning.

The school district has yet to comment on the union's allegations that the pay cuts are "illegal." Those teachers who do have medical reasons for not returning are permitted to be absent with pay.

Some 70,000 elementary school students are expected to return to the classroom by Feb. 1, stacking the pressure on the school district to come to an agreement with the teacher's union on how and when the return to in-person schooling will take place.

Schools in Chicago have been closed since March. Chicago Public Schools have repeatedly tried to engage in negotiation to get the schools opened, but CTU has claimed fear of coronavirus and made demands for elaborate accommodation at every step of the way.

The union has reportedly recently toned down its pushback against the school district, indicating a hopeful shift towards reaching an agreement and away from a potential strike. But that hasn't resulted in teachers being willing to go back to work in 915 cases.

"In a pandemic where each day forward looks worse than the day we left with respect to infections and deaths, the cumulative impact requires collaboration, requires partnership, requires clarity of process and procedure," CTU Vice President Stacy Davis Gates said.

"That is what the pandemic requires. It is not just that we require it," she continued.

Chicago Mayor Lori Lightfoot told school staff that she understand their concerns with returning to the classroom at this time.

"I want to assure you that we have, and will continue to take every step possible, to address those concerns in a way that is consistent with public health guidance," Lightfoot explained.

"This process has to be about substantive, collaborative engagement so that we are walking forward together."

In the lead up to in-person learning, Chicago Public Schools hired classroom monitors to serve essentially as babysitters out of concern that students would show up for in-person learning but teachers would not. Some 2,000 outside classroom helpers were hired to monitor children in class, making sure they were socially distanced and wearing masks.

In early January, a CTU board executive member urged teachers not to return to classrooms, but her message came while she was sunbathing in the Caribbean and posting pictures of herself on a sun drenched beach in a big floppy hat. She told staff through a tweet that it was unsafe to return to classrooms and to sign a petition to continue remote learning.