"Here we are as a society in the year 2022 subjecting students across this country to the kinds of anti-science, social experiments that would have once been unfathomable and absurd a decade ago." 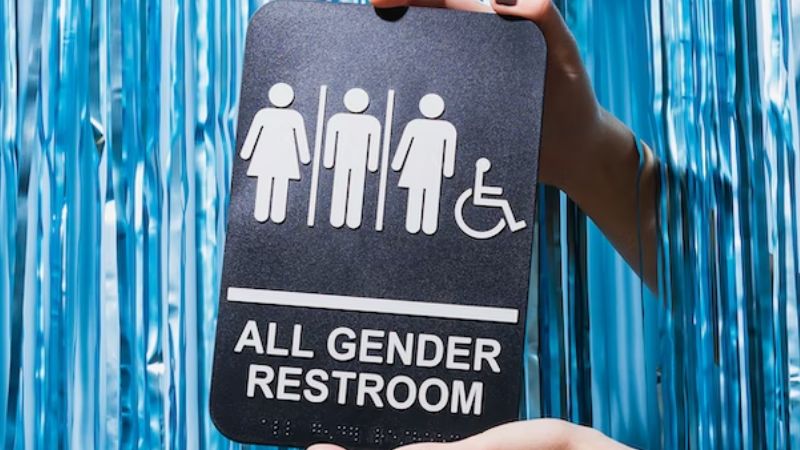 In Bethel, Ohio, Christian and Muslim parents have joined forces to sue their local school board over a policy that allows students in their schools to use locker rooms and bathrooms that align with their "preferred gender identity" and not their biological sex.

Fox News reports that the parents are represented by America First Legal and AFL president Gene Hamilton said, "School districts across the country – the leadership of which have been captured by woke ideologues and weak-spined bureaucrats – are actively destroying fundamental rights."

The parents allege that the policy, which was implemented secretly and without their input, violates their parental and religious rights.

"Generations of Americans have grown up in environments that have unquestionably respected students’ personal privacy in intimate spaces, separated by biological sex," Hamilton said. "Yet here we are as a society in the year 2022 subjecting students across this country to the kinds of anti-science, social experiments that would have once been unfathomable and absurd a decade ago."

On September 13, 2021, a faculty member proposed the rule change at a board meeting and claimed it was "unfair that transgender students had to use a private restroom away from the main restrooms."

The faculty member also said it was unfair that a biological male who said they were a woman couldn't use the girls' bathroom and locker rooms.

The rule was implemented in January 2022 without any parental involvement.

>According to the lawsuit, the secret rule change violated Ohio's Open Meetings Act. Parents said they were "blindsided" by the change which was done "in secret to avoid community opposition" and violates their "safety, privacy, modesty, religion, and historical views of sex."

The school board cited the change was to stay compliant with the Biden administration's interpretation of Title IX.

In the lawsuit, children have reported that they "hold their urine and avoid using the restroom at school if at all possible" which "causes them anxiety and emotional distress."

One girl always takes a friend to the bathroom "to help protect her and make sure that no boy violates her modesty."

The lawsuit also details how the Bethel school district is promoting assignments that push LGBTQ+ indoctrination and are "not directly related to academic instruction."

Further, the school district allegedly has been having students complete surveys asking about their sexuality which would be a violation of Congress’ Protection of Pupil Rights Amendment which "restricts children’s participation in surveys and the collection of personal information, which would require parental consent."