Criminal who accused Matt Gaetz has history of false allegations

After running for office, a Florida teacher was bombarded with fake accusations by the very person he sought to unseat, which triggered an investigation that eventually brought up Rep. Matt Gaetz. 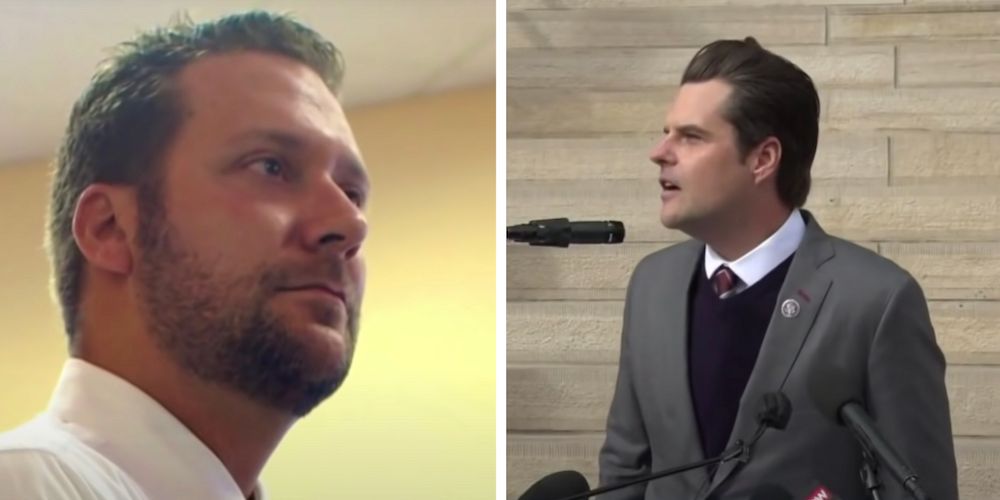 After running for local office, a Florida teacher was bombarded with fake accusations by the very person he sought to unseat, which triggered an investigation that eventually brought up Rep. Matt Gaetz.

According to the Rolling Stone, a week after long-time elementary school teacher Brian Beute had filed his paperwork to run for tax collector of Seminole County in Florida, "the school where he'd worked for 17 years [had] received an anonymous letter falsely accusing him of an improper relationship with a student."

The accusations sparked an investigation by local authorities. Beute was placed on administrative leave but was cleared of all wrongdoing two weeks later.

The investigation into the allegations against Beute took much longer; eight months to be exact. In the end, police arrested the current Seminole County tax collector, Joel Greenberg.

As Rolling Stone reports, "In addition to attempting to smear Beute as a pervert and a racist, Greenberg was later accused of a host of other crimes — 33 in total — including using drivers licenses confiscated by his office, embezzling and diverting nearly half a million taxpayer dollars to purchase cryptocurrency and sports memorabilia, and defrauding a Covid relief program."

Gaetz's name came up when Greenberg told authorities that the Florida lawmaker reportedly had a relationship with the same underage girl that Greenberg pled guilty to trafficking. Given Greenberg's history of making false accusations, however, perhaps there is more to the story than he is letting on.

Beute, the elementary school teacher who inadvertently kicked off a national scandal, spoke with Rolling Stone earlier this week. Beute stated that he thought the story was not over, claiming that he doesn't think Greenberg could get away with so much for so long "without either assistance, or people looking the other way, or favors." He called for all criminals to be "uprooted locally."

Even after being arrested, Greenberg's name stayed on the ballot alongside Beute's, and somehow still got 11.5% of the vote. Beute said that it was the "ridiculous things going on" in Greenberg's office over the past few years that made him want to run for the position of tax collector, adding that Greenberg "lacked the character that was necessary to serve the citizens of our county."

Beute lamented the growing disengagement and corruption in American politics. "Since I can't change the political apparatus," he said, "let's change it collectively. Let's get involved. [There are] 210 million Americans that are officially adults over the age of 18, if even one percent of those Americans got involved—only one percent—going to meetings, supporting a candidate, becoming a candidate, you’d have roughly 40,000 newly engaged citizens in every single state, on average."

When asked whether he would run again, Beute said he'd rather see people take on his legacy: just a regular guy who had his life turned upside down by corrupt politicians when he decided to run for office.