"The Biden administration delivers them to their final destination. Joe Biden and Kamala Harris and their administration are the last mile of the human trafficking network," Cruz said. 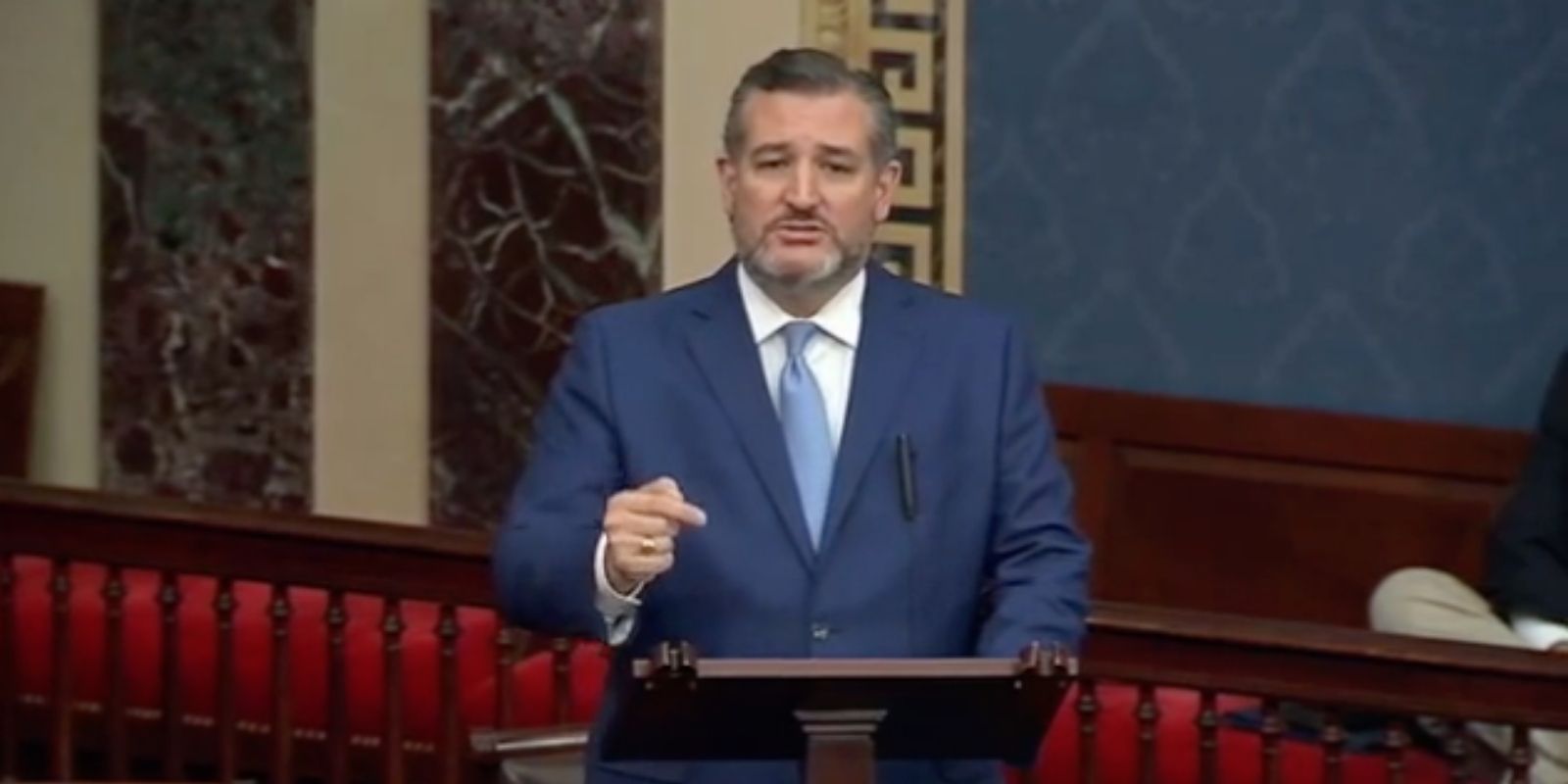 On Wednesday, Sen. Ted Cruz (R-TX)  spoke against Rep. Alexandria Ocasio-Cortez (D-NY) and her Democrat colleagues about the current conditions at the US-Mexico border under the policies of the Biden administration. Ocasio-Cortez and other high-profile Democrats memorably lamented over the border conditions under the Trump administration, but the current calamity, Cruz says, poses far graver dangers.

"Mr. President, every Democrat who stood up and lamented kids in cages, in the House of Representatives, Representative Ocasio-Cortez, has a famous photo of her grasping her head by the kids in cages," Cruz said, striking the same pose as she did in the photo.

"Well, I’m going to give a simple challenge for Representative Ocasio-Cortez and for every Democrat in this body. Go see the Biden cages with your own eyes."

Cruz repeated a question that has been asked in recent days, notably by Fox News' Peter Doocy during a White House press briefing.

"Why does Joe Biden refuse to go to the Rio Grande Valley?" Cruz asked "Because if he goes, the tv cameras will come with him."

"Why does Kamala Harris, who’s supposed to be the border czar, she’s supposed to be in charge of this, why won’t she go to the Rio Grande Valley? Because if she went, the tv cameras would come and would show the Biden cages."

Cruz said that farmers and ranchers can't go out unarmed on their own land anymore, and that they are sick and tired of finding dead bodies on their property.

"There is 100-percent operation control on the border? A hundred percent, on the southern side," Cruz said.

Cruz said that when migrants get to the US, "the Biden administration delivers them to their final destination. Joe Biden and Kamala Harris and their administration are the last mile of the human trafficking network."