On Thursday, DC Mayor Muriel Bowser declared a public emergency over the influx of illegal immigrants coming into the city on buses sent by Arizona and Texas leaders. 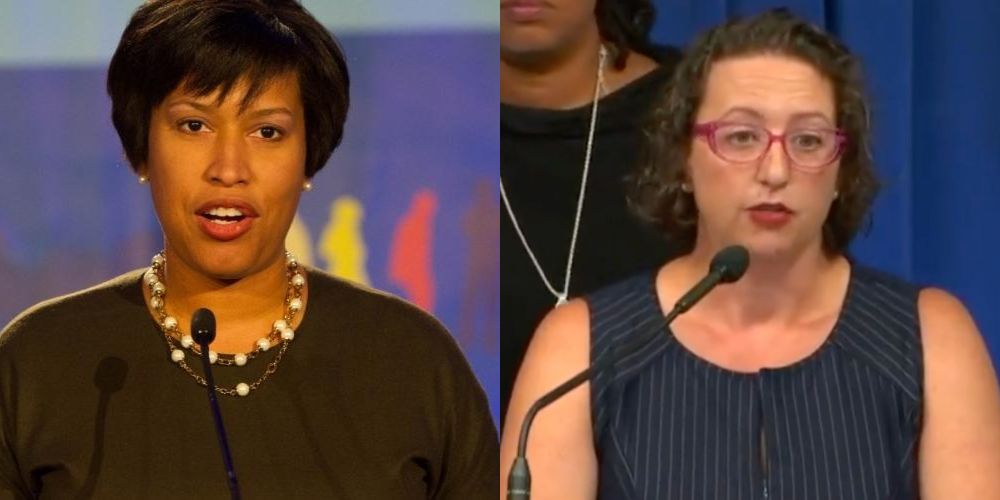 Washington, DC Democrat Mayor Muriel Bowser declared a public emergency on Thursday over the buses of illegal immigrants that Texas Governor Greg Abbott has been sending to DC and created an Office of Migrant Services to help with the influx.

DC District Councilwoman Brianne K. Nadeau responded to the inundation of migrants and said that "the governors of Texas and Arizona have turned us into a border town."

In June of 2019, Nadeau took to Twitter to say, "the District is a sanctuary city, which means our law enforcement does not cooperate with ICE."

"As Councilmember, I have called for an abolition of ICE and wrote DC's law to establish a permanent immigration legal services fund," the tweet continued.

Fox News reports that 9400 illegal immigrants have arrived in DC from both Texas and Arizona since April, and Bowser's emergency declaration enables the Director of the Department of Human Services to deal with the incoming illegal immigrants, as well as directs the City Administrator and agency directors to create more programs for the influx. Bowser has also budgeted $10 million for the new Office of Migrant Services, which she will ask FEMA to reimburse.

The public emergency status gives Bowser heightened powers to execute orders from her office, but expires after 15 days. She is expected to ask for an extension.

In April, Texas Governor Greg Abbott promised to relocate the masses of migrants flooding into Texas to blue states whose leadership supported open borders. Abbott's measure comes as the Biden administration has seen a record-high number of illegal immigrants pouring into the United States along the country's southern border.

In July, Muriel Bowser tried to enlist the National Guard for help in dealing with the influx, which she was denied by the Department of Defense. She asked again in mid-August, also to no avail.

Bowser complained about the increase of migrants in her city and said "the pace of arriving buses and the volume of arrivals have reached tipping points," leaving the city "overwhelmed." In New York City, Mayor Eric Adams was facing a similar situation.

Abbot invited both Boswer and Abbot to the border to see what's causing this crisis in the first place and said, "As Governor, I invite you to visit our border region to see firsthand the dire situation that only grows more urgent with each passing day, and to meet with the local officials, who like yourselves, realize this matter deserves immediate federal action. I also ask you to join me in requesting President Biden secure the border and put an end to this disastrous crisis." They both declined.