DC’s Metropolitan Police have released dozens of photos of protesters who stormed the US Capitol on Wednesday, and are asking for the public’s help in identifying them. 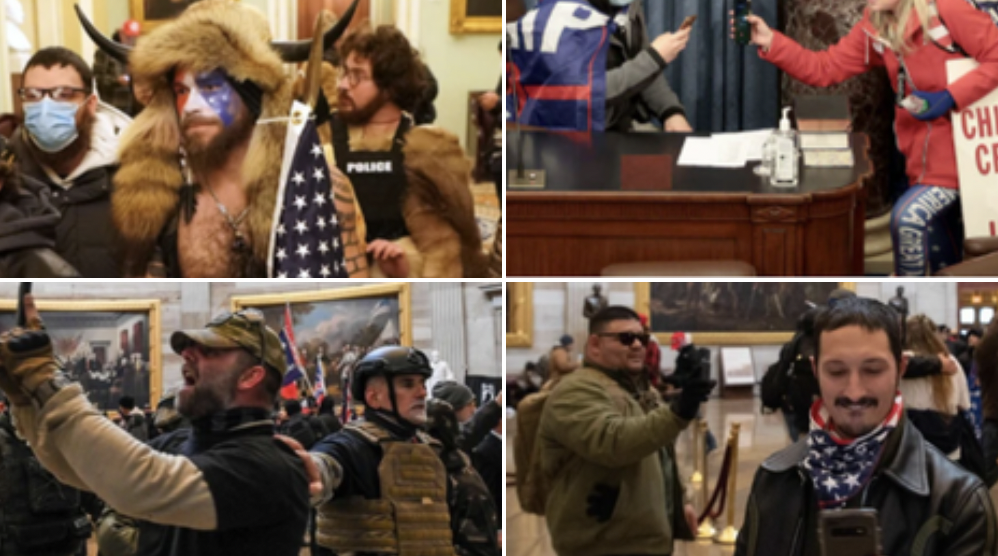 Washington DC’s Metropolitan Police have released dozens of photos of protesters who stormed the US Capitol on Wednesday, causing widespread damage and sending the nation’s capital into lockdown and are asking for the public’s help in identifying them.

The police department posted the photos online late Thursday and are searching the DC Metro area for the alleged perpetrators.

DC Police Chief Robert Contee said at a briefing, “We still have a significant amount of work ahead of us to identify and hold each and every one of the violent mob accountable for their actions”

“We have collected numerous images of persons of interest that we are asking the community to helps us identify,” Contee added. “These images depict individuals engaged in various acts of violence or property destruction.”

Contee said that of the 68 people who have been arrested, only one of them from DC.

Police said the protesters in the pictures are sought for “unlawful entry offenses” and various other crimes for their assault on the Capitol. More than 50 arrests were made Wednesday.

Four deaths were reported in or around the US Capitol grounds on Wednesday, following protesters storming the Capitol in opposition to the certification of the 2020 presidential election results.

One of the dead was identified as Ashli Babbit, who was shot and killed inside the Capitol during the protests. Fourteen police officers were also injured.

Anyone who is able to identify these people should call Metropolitan Police at 202-727-9099. Police are offering a reward up to $1,000 to anyone that provides information that leads to the arrests and indictment of the people involved.