Colin Wright shared two screenshots to his Twitter exposing Novella’s misleading citations, "He's discussing human biology and says that some intersex people 'can make both eggs and sperm' but the citation he gives is about crustaceans." 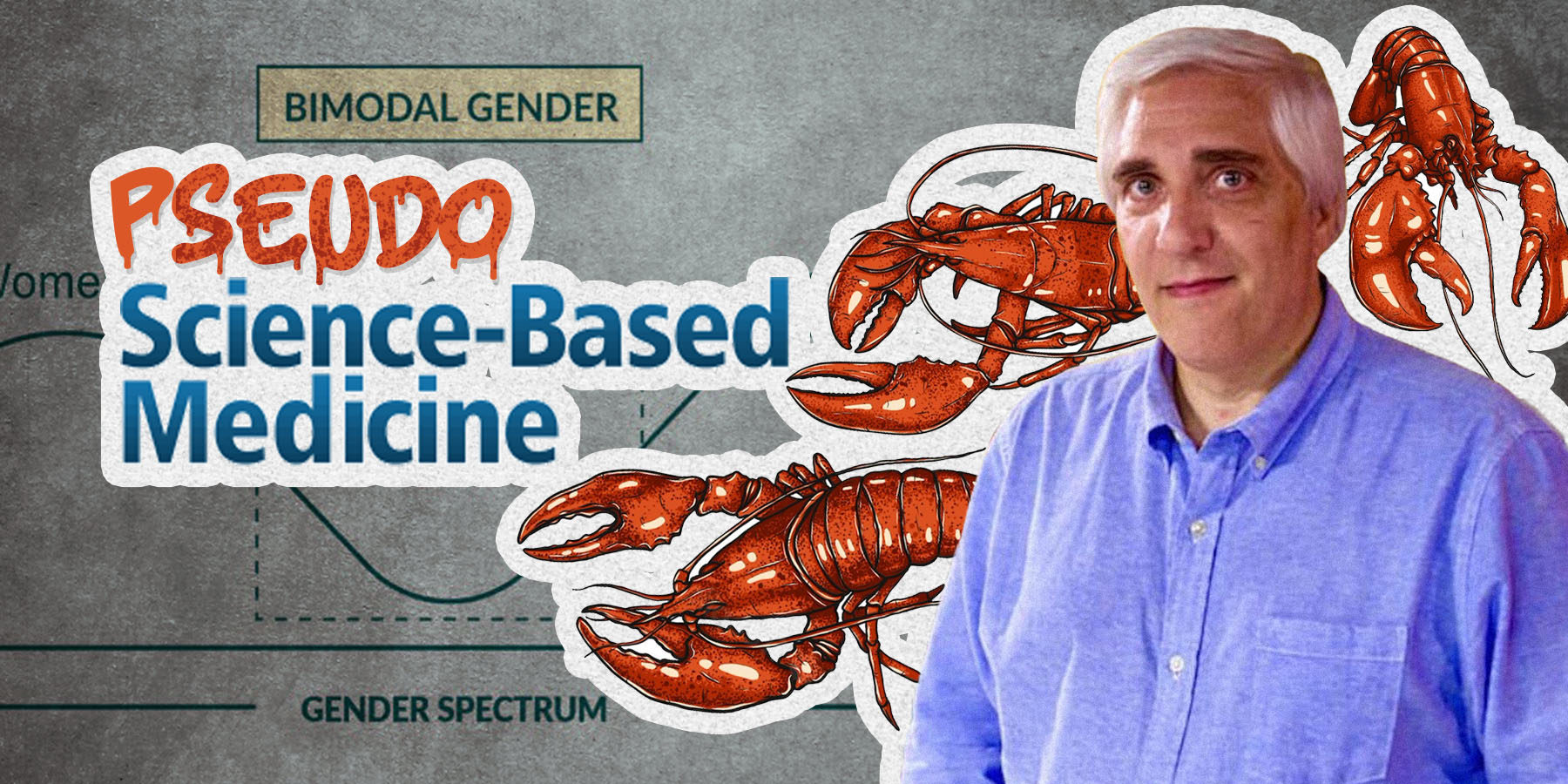 Popular science blogger Steven Novella proposed a radical theory of "bimodal" sex that purports to reject the longstanding binary model by using false and unevidenced claims that have been thoroughly debunked by other science bloggers.

Novella, a neurologist, host of the popular podcast The Skeptics’ Guide to the Universe, and editor of the blog Science-Based Medicine, published an article titled "The Science of Biological Sex" last month. Novella portrays himself as an unbiased science educator who seeks to clear up "misconceptions about the basic science" about transgender issues that have been "coopted as part of a politically-motivated culture war."

Ex-scientist Andy Lewis wrote a rebuttal to Novella’s piece on his own science blog, The Quackometer, that was recently republished by evolutionary biologist Colin Wright in his popular substack Reality’s Last Stand.

Novella’s arguments are centered around the claim that biological sex is not binary, but rather exists along a “bimodal” spectrum. This "bimodal" model asserts that although people tend to be either mostly female or mostly male, these differences are only a matter of degree. Novella claims that experts who “actually” understand the biology of sex agree with him on this issue. Lewis points out that no peer-reviewed biology papers have ever claimed that sex is best described as bimodal, nor has any biologist ever been able to articulate the traits and measurements used to create the bimodal sex spectrum.

Novella argues that sex should not be classified by distinct categories of male and female, but by a vaguely-defined degree along a continuum of maleness or femaleness.   But a bimodal distribution is not a vague notion, as Lewis points out, but a well-defined type of statistical distribution that can be well characterized. Rather than cite biological literature to support his theory, Novella refers to a drawing made by a real-estate and cryptocurrency "entrepreneur."

Novella surreptitiously cites studies of crustaceans and mice to explain sexual differences, without informing the reader that he isn’t speaking about human biology or development. Wright shared two screenshots to his Twitter exposing Novella’s misleading citations, "He's discussing human biology and says that some intersex people 'can make both eggs and sperm' (LEFT). But the citation he gives is about crustaceans (RIGHT)."

Lewis also calls out Novella for using an overly inflated and discredited statistic claiming that 2% of humans are sexually ambiguous, or “intersex,” when in reality the rate of intersex conditions is about 0.018%—over 100 times lower.

For biologists like Colin Wright, the definition of sex is clear, and most certainly best explained by distinct binary categories of male and female defined by their reproductive potential. "The sex of an individual is based on their reproductive anatomy, and is defined by the type of gamete their primary reproductive organs are organized around, through development, to produce. There are only two types of gamete—sperm and ova—and therefore only two sexes in humans."