Democrat mayor sucker punched to the ground at Juneteenth event 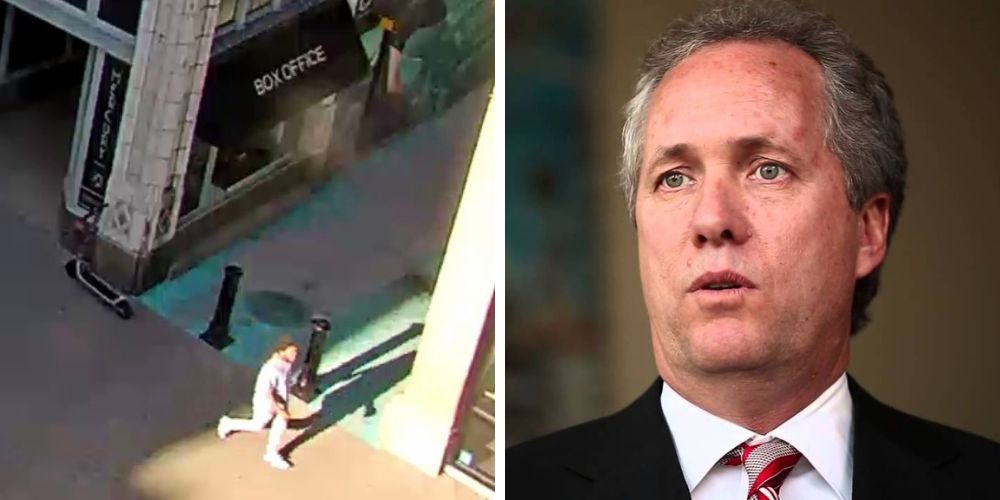 The Mayor of Louisville, Kentucky was assaulted by a man on Saturday evening while attending a Juneteenth celebration at Fourth Street Live.

Video of the assault, obtained exclusively by WAVE News Troubleshooters, showed the suspect, a black male, approaching Democratic Mayor Greg Fischer and sucker punching him in either the upper chest or throat. The force of the punch knocked Fischer to the ground.

Jessica Wethington, a spokeswoman for Fischer, said the mayor "is doing fine" and was evaluated by EMS after the incident.

"The Mayor does utilize a security detail, and that detail was with him at Fourth Street Live. While it's not appropriate to comment on specifics of that detail, it is always being evaluated and adjusted as needed," Wethington said.

Wethington made the comments after the video revealed that there was minimal security surrounding Mayor Fischer during the time of the attack.

Louisville Metro Police has released photos of the suspect and are asking the public to help identity him.

"Earlier this evening, while at Fourth Street Live, Mayor Fischer was punched by an individual. The Mayor is doing fine. LMPD is investigating & will release further information as it becomes available. Anyone with information can call our anonymous tip line at 502-574-5673," Louisville Metro Police posted to Twitter on Saturday.