"We have (to) meet people where they're at some times ... #HOLLA.” -- State Rep. Jewell Jones of Michigan’s 11th House District. 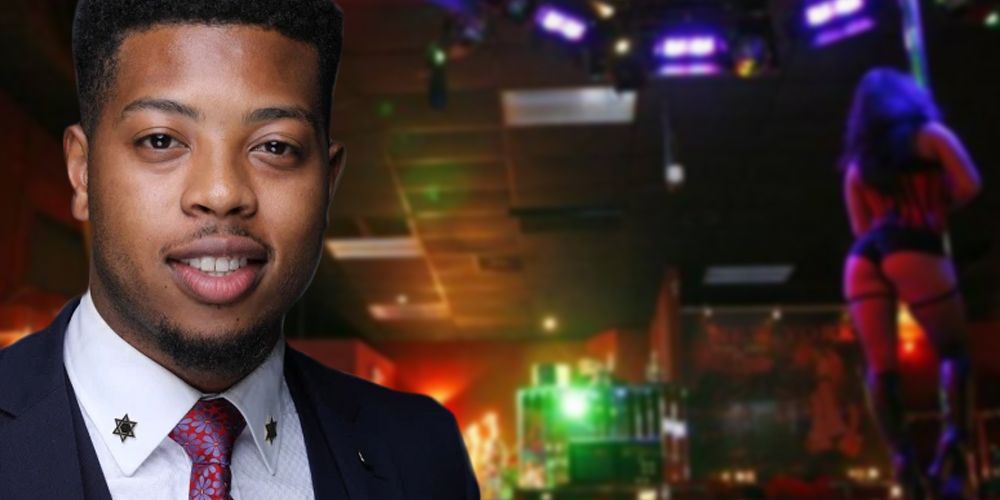 At only age 26 and in his third term as a politician, Democrat Jewell Jones is going out of his way in terms of constituent outreach.

According to The Detroit News, yesterday the Democrat State Rep. Jewell Jones turned in an honest fundraising report that disclosed spending $221.42 at the Pantheion Club.

The head turning moment comes when people learn what The Pantheion Gentlemens Club in Dearborn, Michigan is, exactly. The answer to that lays itself bare on Instagram.

In response to requests for comment from reporters the politician acknowledged "We have (to) meet people where they're at some times ... #HOLLA.”

Other supplementary reporting from the campaign finance disclosure of Rep. Jewel Jones reveals more than $6400 for “meetings.”

"It is not rare for a Michigan lawmaker to use campaign funds to purchase dinners related to their official duties. However, the level and type of spending described in his new report is unusual,” said The Detroit News.

Jewell Jones is the youngest member yet in the Michigan House of Representatives. He lucked into the role after the death of incumbent Julie Plawecki in 2016.

It was back in April of this year that the young lawmaker was charged with drunk driving and other reprimands following "an April 6 crash into a ditch along Interstate 96 in Livingston County," per the local NBC 25.

In this instance Jones allegedly resisted police and had to be “tased” and pepper sprayed. Reporting from the time of the incident in question indicates that the Michigan State Representative had his pants down (his female companion had her pants down too).

"The woman was eventually placed in an ambulance after it was determined she was unable to stand on her own, had vomited, and was essentially unresponsive."

Also it’s said Jewell Jones tried flexing his position as a lawmaker to get out of the arrest.

Fast forward to the end of last month the judge overseeing his case said Jones is expected to stand trial for these offenses.

In this follow-up from Click on Detroit they added that Jones was “uncooperative when paramedics tried to help” a passenger in need of aid.