Democrat Sen. Manchin deflects questions asking if he will support President Biden in 2024

Prominent progressive members of Congress including Alexandria Ocasio-Cortez (D-NY) and Cori Bush (D-MO) would not commit to supporting a Joe Biden 2024 presidential bid in recent interviews. 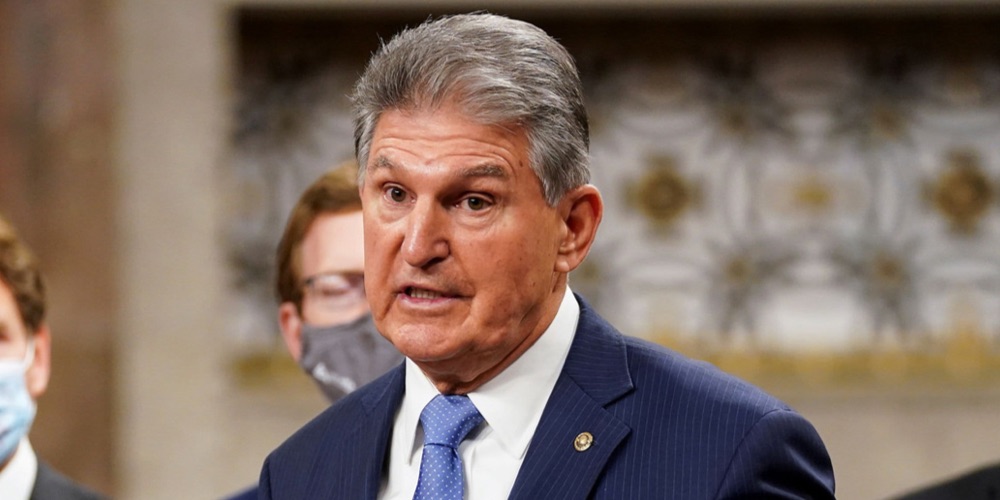 Democratic Senator Joe Manchin (West Virginia) deflected questions on Sunday on whether or not he would support President Joe Biden if he decides to seek a second term in 2024, according to Associated Press.

The comments were made during a busy round of TV news appearances after Sen. Manchin folded to House Majority Leader Senator Chuck Schumer and struck a deal introduced in the Inflation Reduction Act of 2022 which tackles climate change, healthcare, taxes on the wealthy, and others.

When asked whether or not he wants to see Democrats keep the majority in the House and the Senate, Manchin deflected the question and explained that voters in each individual state will determine control of Congress, AP reports.

"I think people are sick and tired of politics, I really do. I think they're sick and tired of Democrats and Republicans fighting and feuding and holding pieces of legislation hostage because they didn't get what they wanted," Manchin said, adding, "I'm not going to predict what's going to happen."

Since Joe Biden took hold of the Presidency in 2021, Sen. Manchin has slightly distanced himself from the Democratic Party. Manchin has been a vocal advocate against the Biden administration's Build Back Better agenda, and has often been the lone Democrat voting alongside Republican legislators.

However, that conservative voting streak came to an end last week when Senators Manchin and Schumer negotiated an agreement and introduced legislation titled the "Inflation Reduction Act of 2022."

"The Inflation Reduction Act of 2022 will make a historic down payment on deficit reduction to fight inflation, invest in domestic energy production and manufacturing, and reduce carbon emissions by roughly 40 percent by 2030," Schumer and Manchin said in a statement on Wednesday.

The Inflation Reduction Act of 2022 includes $369 billion in spending on energy security and climate change and $64 billion in funding for the Affordable Care Act. It will also include $739 billion in new revenues through a 15 percent corporate minimum tax, prescription drug savings, and added IRS enforcement. According to a one-page summary of the bill, there will be more than $300 billion in deficit reduction.

Sen. Manchin is up for reelection in 2024, where former Republican President Donald Trump won two-thirds of the vote in West Virginia.

Prominent progressive members of Congress including Alexandria Ocasio-Cortez (D-NY) and Cori Bush (D-MO) would not commit to supporting a Joe Biden 2024 presidential bid in recent interviews.