"Hulu's censorship of the truth is outrageous and offensive," the Democratic Congressional Campaign Committee tweeted on Monday. 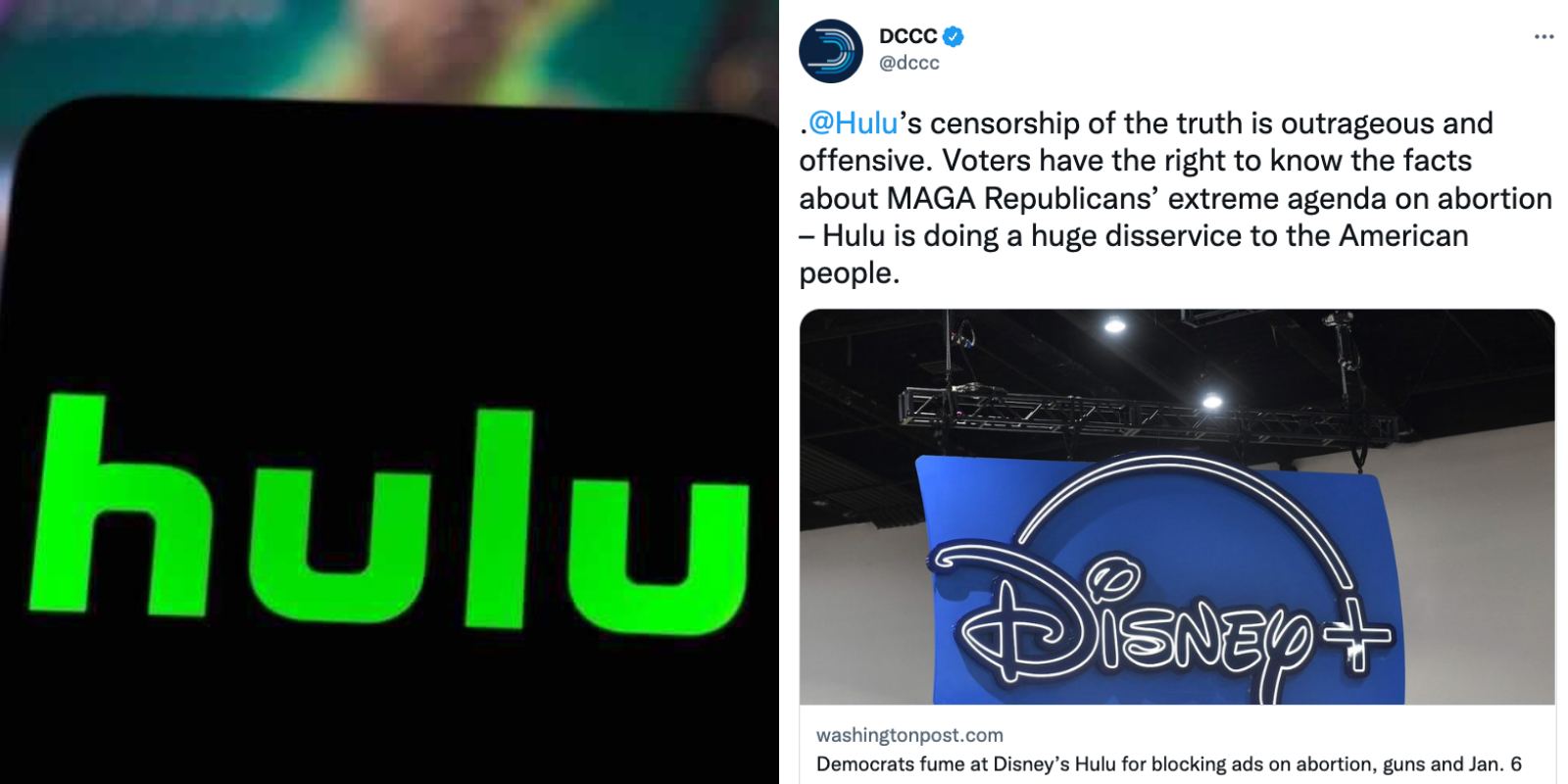 Hulu became the latest target of cancel culture on Tuesday when Democratic organizations launched a boycott after the streaming service refused to run their attack ads against Republican lawmakers' track record on abortion, guns, and the Jan. 6 Capitol riot.

Despite Hulu's corporate parent company Disney's strict policy of not allowing political ads to run on their platform beginning in late 2022, it didn't stop Democratic officials from slamming the streaming service to the point that hashtag #BoycottHulu was trending in a top spot on Twitter in the US on Tuesday.

"Hulu's censorship of the truth is outrageous and offensive," the Democratic Congressional Campaign Committee tweeted on Monday. "Voters have the right to know the facts about MAGA Republicans' extreme agenda on abortion — Hulu is doing a huge disservice to the American people."

However, Variety reports that Hulu does not have the same blanket ban on political ads as Disney, according to their website.

Hulu and Disney did not respond to paper's requests for comment.

Disney owns two-thirds of Hulu's controlling interest and Disney executives recently announced that ahead of the Disney+ launch featuring advertisements at the end of 2022, the company will not accept political ads on their platform.

Many took to Twitter to voice their gratitude to Hulu for blocking political ads on the platform.

While others complained that Hulu should be running attack ads against the GOP, linking Hulu's refusal to clutter their service with political advertising to not "avidly supporting women's rights."