A Denver police union says officers can make up their own mind. But the city's public safety manager threatened that disciplinary action will be taken against anyone who doesn't meet the mayor’s September deadline. 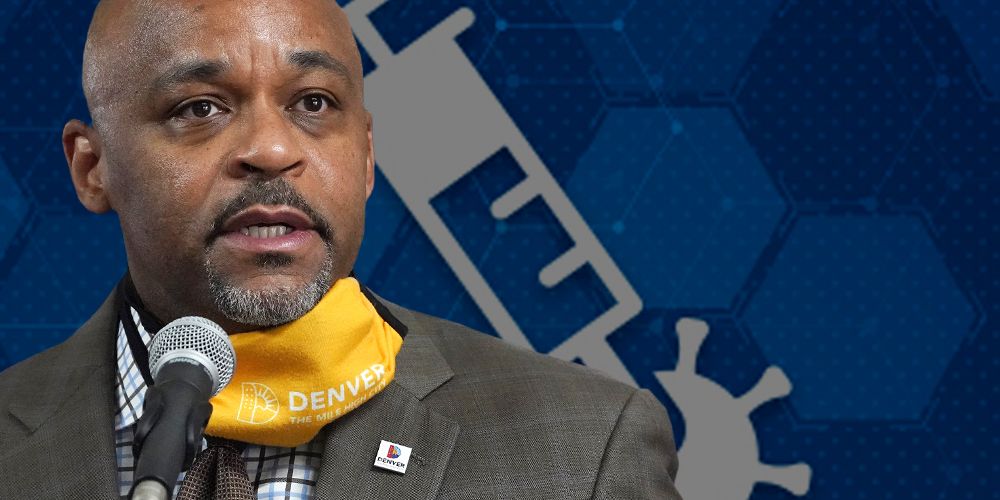 Denver Mayor Michael Hancock announced Monday an order for all city employees to get the COVID-19 vaccine by the end of September.

But the Denver Police Protective Association is pushing back against the mayor's vaccine mandate. In a statement published by Denverite, the union signaled that its members "can be trusted" to make the personal decision themselves.

"As to the Mayor's current health order, the Denver Police Protective Association respects and trusts our members with their own choices on how to maintain their health, the health of their families, and the health, safety and welfare of the citizens of Denver in a profession that exposes them on a daily basis to violent criminals, as well as multiple contagious and infectious diseases prevalent in our community," the Denver Police Protective Association wrote.

What exactly the PPA was referring to is specified by reporting from CBS.

"Denver police union saying cops will not abide by the mayor's order for city workers to get vaccinated. 57% of officers are unvaccinated. Says union : 'Officers should be trusted to make their own choices,'" an anchor with the CBS News affiliate in Denver reported in a viral tweet.

The Denver PPA disputed the accuracy of their internal "informal" numbers.

Otherwise, the union members aren't the first to publicly push back against vaccine mandates. A teachers union in New York as well as the American Postal Workers Union have both made public statements making it clear that it's up to individuals to make up their own minds.

As for the city of Denver overall, here's how the numbers track:

"The city did track how many public safety staff (fire, police, EMS, sheriff deputies) signed up for the shot in the first weeks it was available to them. That shows 70% received at least one shot," Denver Post journalist Elise Schmelzer reported.

Another set of numbers mentioned by CBS 4 specified that 558 of 780 officers surveyed would not get the vaccine as a condition of employment.

Regardless of the exacts, city officials are willing to "take disciplinary action" over such refusals. Denver Public Safety Manager Murphy Robinson told the local outlet: "If you want to work in the City and County of Denver, you will get vaccinated. Public health law is law and so if my personnel decide not to do so, it is a conscious decision and I will take disciplinary action."

Organizations like CNN have followed through on such punishments this week. Responses to mandates have been polarizing as Boston's mayor called New York City's mandate for public places akin to slavery.

But nonetheless the Biden administration has made them compulsory at the federal workforce level whereas private sector companies like Netflix and Disney have rolled out similar guidelines amongst staff.