Musk was challenged by a Dinesh D’Souza to buy media properties and a social media platform. 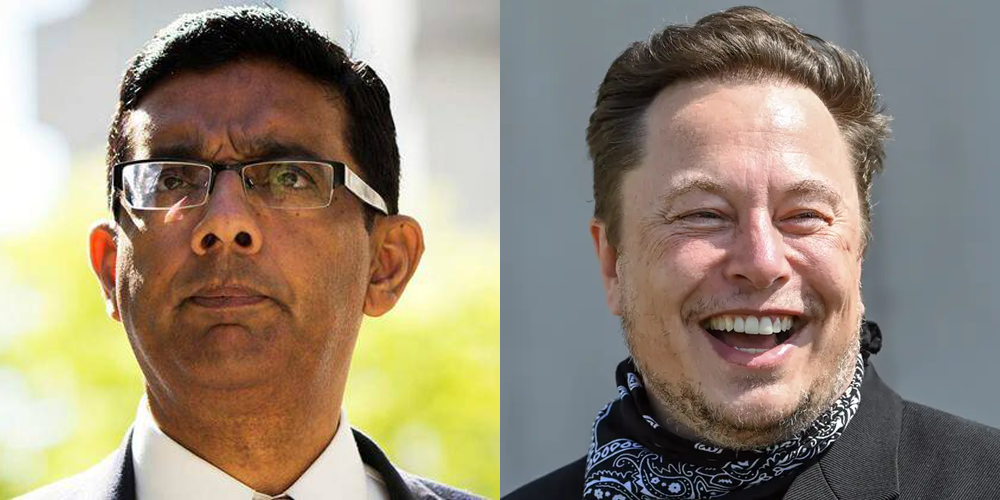 Elon Musk has been in the news for his increased opposition to the narrative put forth by legacy media outlets like CNN and the New York Times.

Musk’s criticism of this partisan bias, and calls for the public to embrace the truth prompted conservative commentator and author Dinesh D’Souza to remark that Musk could alter the political and cultural landscape by having skin in the game, suggesting he could acquire or create a media platform of his own. Alternatively, he could run his own online university, D’Souza suggested.

“Tweets are fine @elonmusk but you can dramatically change the political and cultural landscape this way: 1. Buy and take over a major social media platform 2. Acquire or create a TV network like ABC, NBC or CBS  3. Create a world-class online university and offer degrees for free,” D’Souza wrote on Twitter.

The Tesla and SpaceX CEO appeared to be open to the suggestion, replying with the  tweet, “Interesting ideas”.

D’Souza’s remarks were well-received, garnering over 40,000 likes on Twitter within a few hours. Musk’s reply received close to 50,000 likes at the time of this report.