Dr. Rand Paul says Fauci should be in prison for 'lying to Congress'

"Fauci should go to prison for five years for lying to Congress," Sen. Rand Paul said. 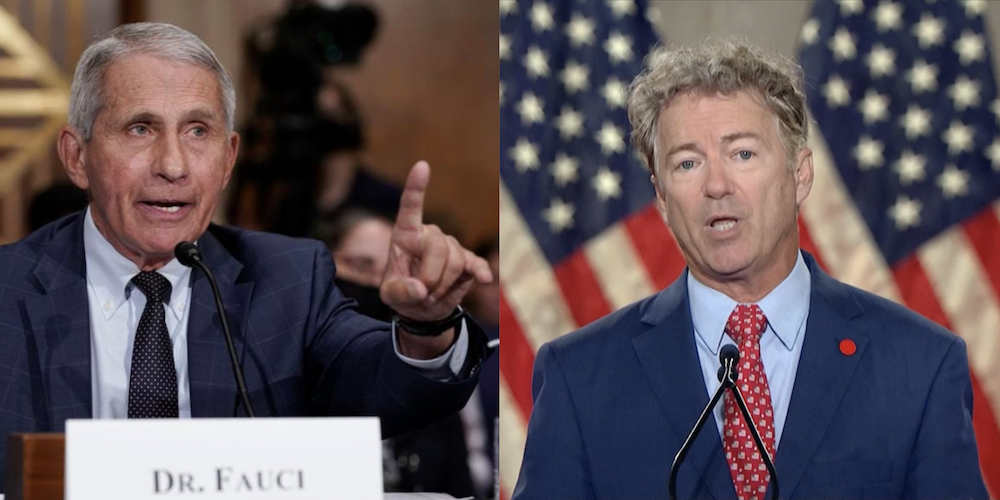 Senator and Doctor Rand Paul called for Biden's Covid spokesperson Dr. Anthony Fauci to go to prison over comments he made to Congress regarding gain of function research.

In a recent interview on Fox, Sen. Rand Paul held nothing back when sharing his thoughts on Dr. Fauci, accusing the National Institute of Allergy and Infectious Diseases director of lying to Congress.

"We've referred him to the Department of Justice," Sen. Paul told Fox Business' Maria Bartiromo, "but then again, Merrick Garland is the one now going after parents that go to school board meetings, so I don't have a lot of hope that Merrick Garland is objectively looking at Fauci's lying."

"Fauci should go to prison for five years for lying to Congress," Sen. Paul continued. "They have prosecuted other people. They have selectively gone after Republicans, but in no way will they do anything about him lying. But he should be prosecuted for lying."

Sen. Paul then suggested Dr. Fauci has "cost people lives through misinformation," and that he should at the very least be "taken out of position."

The incident in question took place on May 11, when Dr. Fauci told Congress that the NIH never funded gain of function research in Wuhan, China. On July 20, Sen. Paul confronted Dr. Fauci with what he claimed was evidence that the NIH was, in fact, funding a lab in Wuhan. Dr. Fauci adamantly denied lying to Congress, adding that the research was "judged by qualified staff up and down the chain as not being gain of function." He also repeatedly stated that Sen. Paul, an ophthalmologist, did not know what he was talking about regarding virology.