The policy also said that for female students who identify as transgender and use he/him pronouns, the all-girls school "may no longer be a place that serves them." 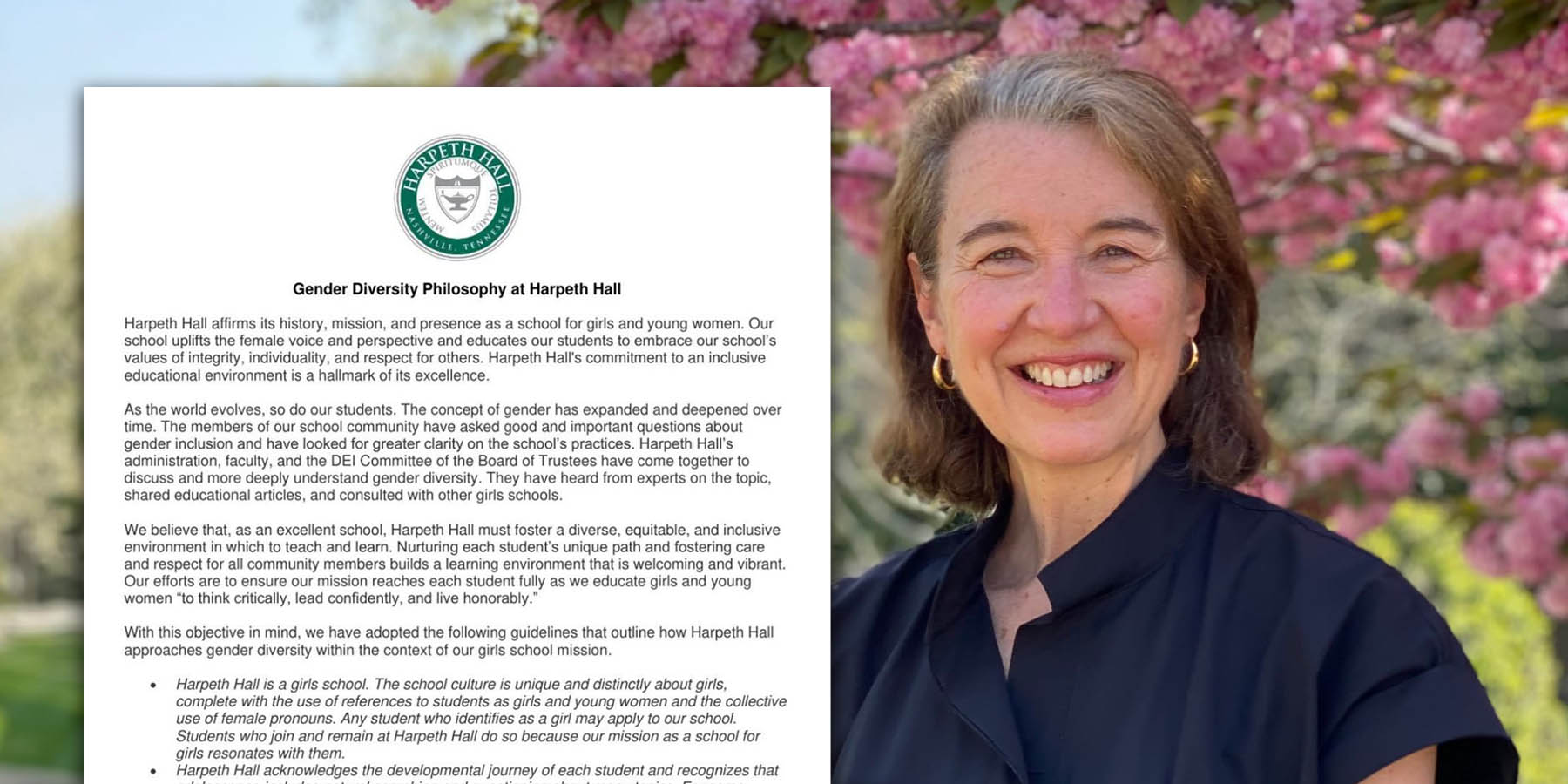 Harpeth Hall, a $33,000-a-year Tennessee prep school, unveiled their new policy in a letter to parents on Tuesday that declared "any student who identifies as a girl may apply to our school."

"Our school uplifts the female voice and perspective," boasts the private school, which claims to want to educate girls and young women to "think critically." Actress Reese Witherspoon and singer Amy Grant are two well known Harpeth Hall alumni, according to The Daily Mail.

"As the world evolves, so do our students. The concept of gender has expanded and deepened over time," the letter to parents read, but the school also says there has been "no change" to the admissions application process which is "open to any female student."

The policy also said that for female students who identify as transgender and use he/him pronouns, the all-girls school "may no longer be a place that serves them." Regarding their view of girls who wish to identify as male, the statement said, "We see this acknowledgment as the ultimate form of respect: an understanding that we support the individual and the student's gender identity."

For the females who identify as "nonbinary" and use they/them pronouns, the school will work with them to address their needs on an individual basis.

"We believe that as an excellent school, Harper Hall must foster a diverse, equitable and inclusive environment in which to teach and learn," the school said, whose website mentions that grading is practiced "through the lens of diversity, equity, inclusion, and belonging."

The letter went on to read that students who join and remain at the school is because their "mission as a school for girls" resonates with them.

The director of marketing and communications at Harpeth Hall, Jessica Bliss, told The Tennessean the school's statement "does not reflect a change in admissions policy."

"We are and always have been an all-girls independent school," Bliss explained. "There has been no change to Harpeth Hall's admission application process which is open to any female student."

The announcement of the new policy was met with outrage from local Tennesseans. Brentwood resident Lara Moses Whitaker posted to Facebook, "Harpeth Hall has lost its mind. Accepting boys who identify as girls???!!!"

Last month, a new law in Tennessee was enacted that bans biological male athletes who identify as transgender from participating in girls sports. Republican Gov. Bill Lee signed the bill into law that went into effect on July 1 that would bring penalties against schools who violate the ban. It is unclear how Harpeth Hall plans to address transgender athletes, as it was not mentioned in the letter.