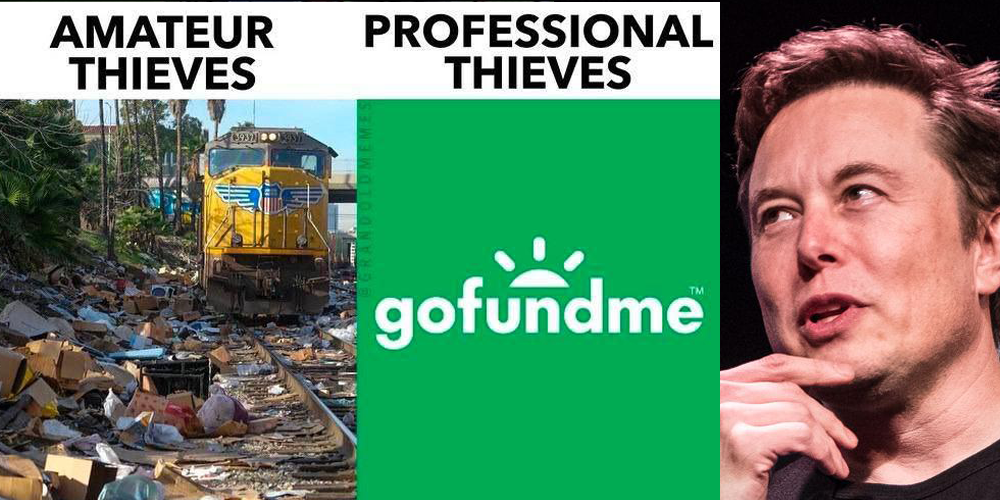 Elon Musk, the world’s richest man, slammed GoFundMe for taking down the Freedom Convoy’s fund, which amassed over $10 million.

As reported earlier by The Post Millennial, GoFundMe has taken down the Freedom Convoy fundraiser after significant pushback from those opposed to the protest. They stated that they "now have evidence from law enforcement that the previously peaceful demonstration has become an occupation, with police reports of violence and other unlawful activity."

Responding to suggestions that he had donated funds to the GoFundMe, Musk denied that it was his money, but posted a meme that blasted GoFundMe for being “professional thieves.”

In an additional tweet, Musk shared a screenshot of a post by GoFundMe in 2020 when the company expressed support for the Seattle-based “CHAZ/CHOP” autonomous zone established, as also detailed by TPM.

In a tweet, GoFundMe promoted the CHAZ/CHOP: “In a community with no police, this farmer is feeding people & bringing them closer together.”

The organization linked to a Bloomberg Quicktake video about revolutionary gardening – an endeavor that was widely mocked on social media after videos and pictures showed a “garden” being planted by CHAZ/CHOP “residents” who spread cardboard on turf with soil above it.

Crucially, GoFundMe has supported violent, illegal movements such as CHAZ/CHOP but has cited “police reports of violence and other unlawful activity” and its policies against “violence and harassment” as its reason for seizing the Freedom Convoy’s crowdfund.

Musk posed the question: “Double-standard?,” remarking on the company’s willingness to endorse far-left causes but not populist ones.