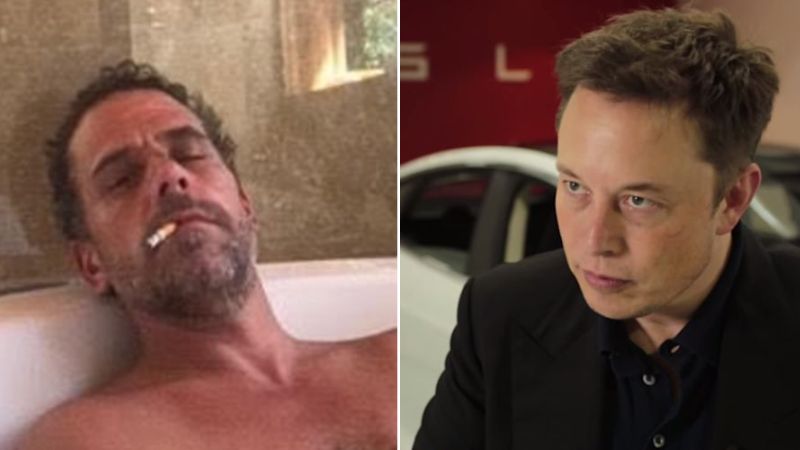 On Wednesday, Elon Musk promised that he would make public the behind-the-scenes conversations at Twitter in 2020 regarding the social media giant's decision to censor the New York Post's bombshell report on the contents of Hunter Biden's laptop, material that has been verified by establishment media in recent weeks.

Twitter user ALX wrote, "Raise your hand if you think @ElonMusk should make public all internal discussions about the decision to censor the @NYPost's story on Hunter Biden's laptop before the 2020 Election in the interest of Transparency." Musk replied, "This is necessary to restore public trust."


On October 14, 2020, the New York Post ran a scathing story that reported on emails found on Hunter Biden's discarded laptop that revealed the link between Presidential hopeful Joe Biden, his son Hunter Biden, Ukrainian energy giant Burisma, and actions taken by Biden during his time as VP to secure positive outcomes in Ukraine for his son’s endeavors. The report also revealed that Joe Biden held $1 billion in funds to Ukraine hostage until that government dismissed a prosecutor who was investigating Burisma, where Biden’s son served on the board.

In the two years since that tweet, Hunter Biden's "laptop from hell" has been authenticated from multiple outlets, including the New York Times and CBS News.

Revelations from Hunter Biden's "laptop from hell" have confirmed that Joe Biden's son was engaged in suspicious business partnerships in Ukraine and China for years, earned more than $11 million, and made deals that allegedly resulted in significant financial kickbacks to Joe Biden. This year President Biden sold 1 million barrels of oil from the US Strategic Reserves to a Chinese company Hunter Biden invested in. Joe Biden was also fingered as "the big guy" by Hunter's associates which connected him to a deal where the president gained a 10 percent equity stake in another Chinese company, CEFC.

The laptop's contents implicate Joe Biden and his son in corruption connected with influence peddling and profiteering compounded by Hunter Biden's love for hookers, illegal guns, and crack.