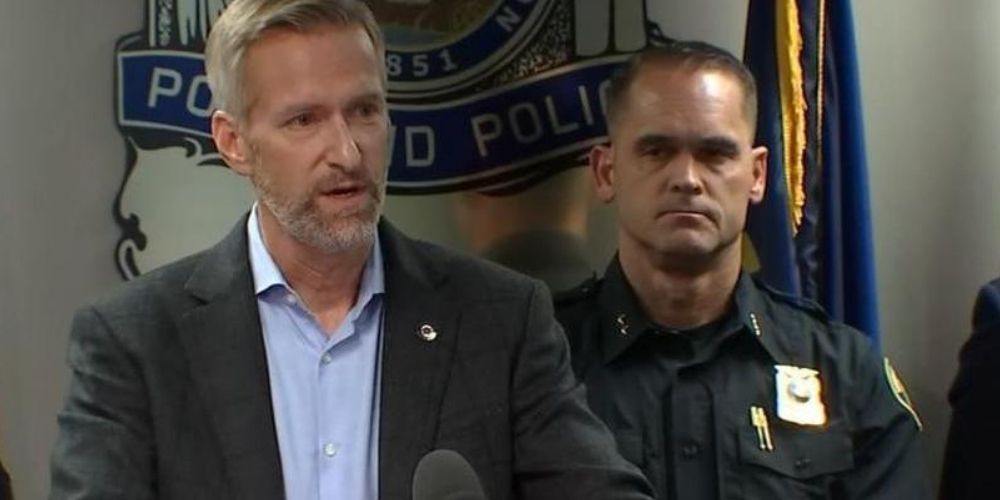 The Portland Police Bureau's attempt to rehire police officers that recently retired to help with the departments disastrous staffing levels was an epic failure: only two out of the 81 officers that Chief Lovell reached out to expressed interest.

Retired police officers slammed the Chief's letter as "tone-deaf" and "offensive," taking issue with the disqualifications. Among the disqualifications include officers that violated policy by "cooperating with federal agents to attack Portland residents" when the federal courthouse was under siege by far-left extremists during the 2020 BLM riots.

According to The Oregonian, officers are fleeing the department faster than they can be hired.

"We want to continue to make a difference and build a legacy following what was the most historic and darkest time in the Portland Police Bureau. We believe we can do this, but need a team of dedicated professionals to help us bring up the next generation of officers," Lovell wrote. "We want you to be a part of this effort and hope you will consider the retire/rehire program."

Retirees were to alert the bureau by mid-January but only two had shown interest by the deadline, according to The Oregonian.

Wheeler's Director of Strategic Innovations, Sam Adams, said they aren't going to let the officers lack of interest deter them from trying to rehire the retired and soon-to-be retired officers.

"As the Mayor has said, his goal is to refocus, reform and restaff (the) police bureau. The PPB staff shortage is real and increasingly dangerous for our community," Adams said. "But the community safety need is too important and we are going to keep at it. We will do all we can to rehire those who have recently retired and are soon-to-retire."