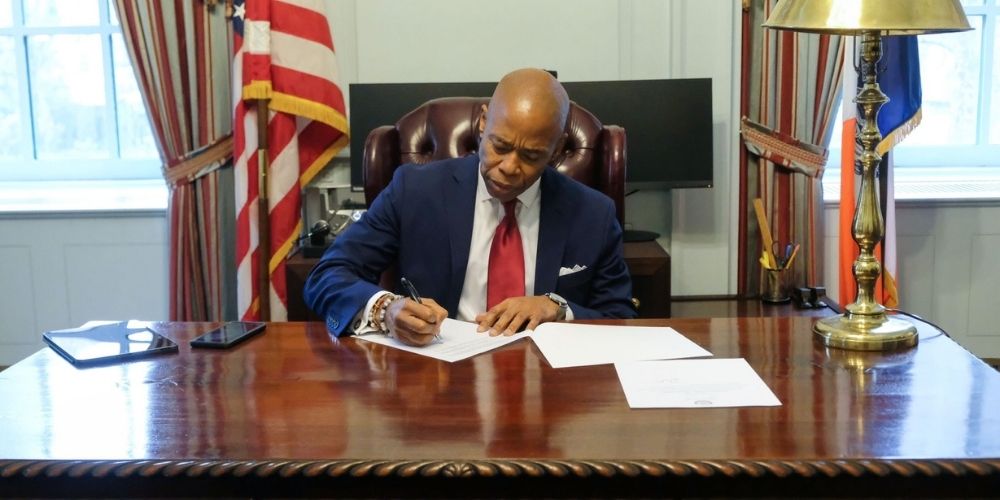 The new mayor of New York City Eric Adams, who was inaugurated shortly after midnight on New Years Eve, implemented his first executive orders just hours after taking office, one of which extends the city's indoor vaccine mandate.

In a series of tweets from the city's new mayor, Adams stated that his new executive orders fulfill his promise to New Yorkers that his team would "hit the ground running on day one."

Adams' order cited the quick spread of the Omicron variant and the rising rate of COVID-19 hospitalizations in his reasoning for extending the order.

Former mayor Bill de Blasio announced the city's vaccine mandate back in August, which requires both workers and patrons in indoor dining, fitness, and entertainment settings show proof of vaccination, or be denied entry.

Twitter users slammed Adams for his first actions, stating that he is just another term of de Blasio, the former mayor, and pointing out that despite the precautions, the city is setting record numbers of new COVID-19 cases.