"One of our staff members is participating on their panel focused on careers in zoos from a BIPOC perspective," the zoo stated. 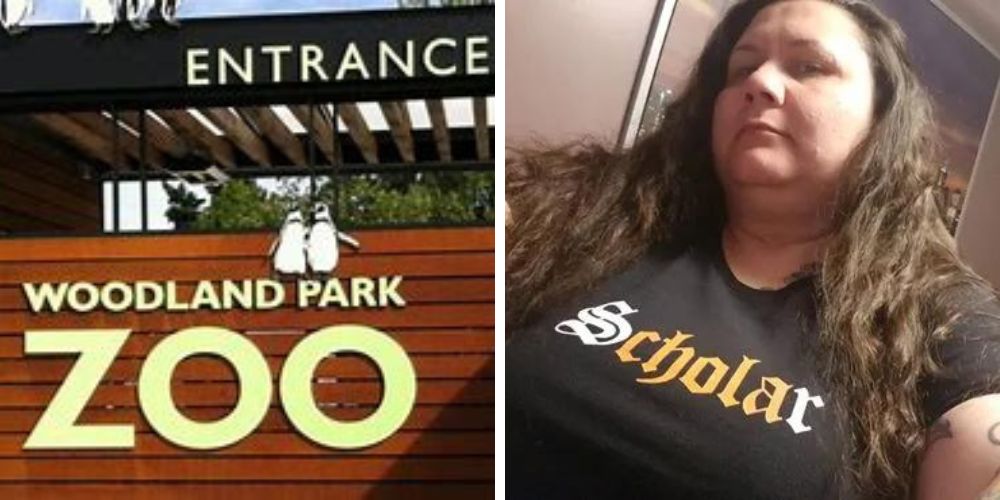 Students may have gotten the summer off but those who seek to indoctrinate them with Critical Race Theory found new locations to peddle their curriculum.

An organization operated by Tracy Castro-Gill, formerly the director of ethnic studies at Seattle Public Schools (SPS) who replaced math with courses on "power and oppression," held "Youth Activist Academy" at the Woodland Park Zoo and the University of Washington.

The program was operated by Washington Ethnic Studies Now (WESN) which was recently exposed by The Post Millennial as having been approved by the Office of Public Instruction of Washington (OSPI) to provide professional development for teachers in Washington state and proudly proclaims that they teach critical race theory.

The program's vision is to have "Ethnic Studies in every classroom of WA State taught by anti-racist educators committed to centering the history and lived experiences of people of Color."

This was the second year of the Youth Activist Academy. This year the program ran from July 6 – 20 and was open to youth ages 10-16. The regular price of the program was $500 for a session.

According to WESN, "Participants will engage in a selection of the following topics during this week-long academy: different types of activism; create professional development for educators; understand, analyze, and write policy and legislation; interrogate, challenge, and create ethnic studies curriculum; conflict resolution and restorative justice; practicing self-care and radical self-love; [and] developing and facilitating youth organizations"

The Post Millennial reached out to WESN via Twitter before the class began and asked to see a copy of the curriculum. WESN asked that the outlet pay for the curriculum in order to view it and after being challenged on Twitter on several of their posts blocked this author on the platform.

However, because the program is at a taxpayer-funded venue such as the Woodland Park Zoo, the curriculum should have been provided.

Yet despite receiving $ 29,342,503 in taxpayer funds from King County from 2014-2019, as well as funds from many cities in the county, the zoo did not provide the curriculum from the organization that had previously called the Seattle Police Officers' Guild fascists.

According to a statement from the zoo to The Post Millennial, "We connected with WAESN through our Empathy Collaborative work. Through this initiative we have for the past couple of years engaged with hundreds of individuals and community-based organizations, including WAESN, serving Southeast Seattle with a focus on Beacon Hill and Rainier Beach neighborhoods. The goal of the Empathy Collaborative is to develop deeper connections and partnerships with community."

"WAESN reached out and asked if the zoo can provide a space for their academy and expressed strong interest in empowering youth around conservation and environmental justice events. This is core to Woodland Park Zoo’s mission of saving wildlife and inspiring everyone—of all ages, abilities, and backgrounds—to make conservation a priority in their lives. We saw this as a wonderful opportunity to galvanize youth to join the zoo in our mission."

"We are not teaching their class, so we don’t have their curriculum, and we aren’t providing any funding. Per WAESN’s request, one of our staff members is participating on their panel focused on careers in zoos from a BIPOC perspective."

"We will have further discussion among our staff and plan to reconnect with WAESN to verify their intention is still tied around environmental justice. As an urban nature oasis, the zoo is a restorative venue for events and meetings and we’re happy to support organizations that are passionate about the environment and want to be immersed in nature."

Though WESN curriculum for the class taught to youth at the zoo has still not been provided, their curriculum for professional development for teachers is proudly displayed on their website and includes, Historicizing Race & Contextualizing Anti-Blackness, Pulling the Weeds; Rooting out Whiteness in the Classroom, Dispelling Myths of Multiculturalism, "Isms" Exploring Oppression and Intersectionality, What Does Liberatory Education Look Like? Ontological Distance; The Educator’s Answer to Opportunity Gaps, Critical Race Theory; Levels of Oppression, Culturally Sustaining (and Disruptive) Pedagogies and Ethnic Studies Frameworks and Content.

Aside from the radical curriculum for teachers, Tracy Castro Gill who runs WESN also had an event this Spring called "The Jewish Question." The conversation tried "to answer the question, 'Are Jews white?'" as well as, "Are Jews indigenous to Israel?" Both of these are commonly used antisemitic tropes.

Castro-Gill explained on her blog, "We enter into this dialogue because some conservative, white Jews argue that the focus on indigeneity in ethnic studies is intentionally antisemitic and is used to consider Israel a settler-colonial state. Some Jews believe all Jews are indigenous to Israel and have a right to take the land back from Palestinians."

The organization and Casto-Gill also supported Stephanie Gallardo a former candidate for Congress who called for the genocide of Jews.