''We kept investing even during the pandemic, when we lost more than $20 billion and had to borrow more than $30 billion to maintain investment to increase capacity to be ready for post-pandemic demand.'' 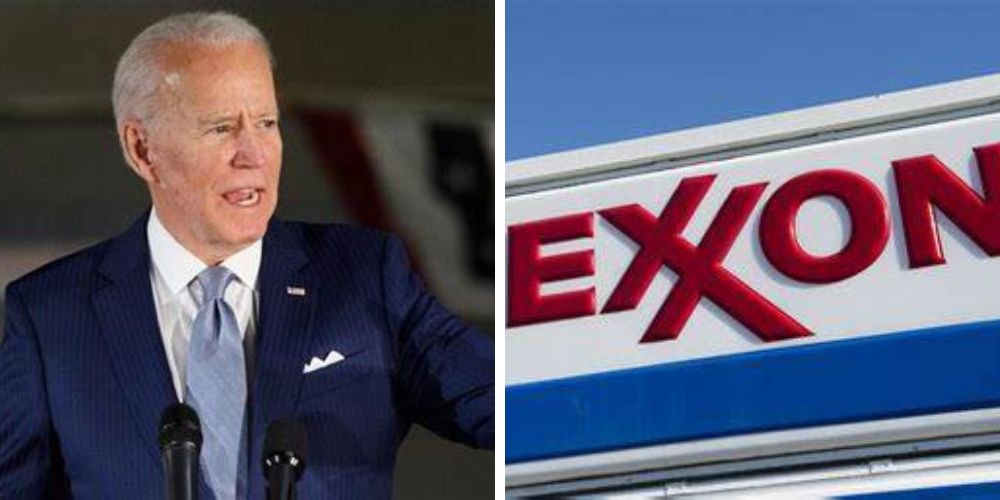 Exxon Mobil slammed President Joe Biden in a fiery letter on Wednesday after Biden called out oil companies during a recent press conference, blaming them for rising fuel costs as skyrocketing inflation rocks the nation.

Exxon Mobil fired back at Biden who stated that oil companies need to ''work with my administration to bring forward concrete, near-term solutions that address the crisis," and slammed the administration's failing energy policies.

"In the short term, the U.S. government could enact measures often used in emergencies following hurricanes or other supply disruptions – such as waivers of Jones Act provisions and some fuel specifications to increase supplies,'' the press release states.

''Longer term, government can promote investment through clear and consistent policy that supports U.S. resource development, such as regular and predictable lease sales, as well as streamlined regulatory approval and support for infrastructure such as pipelines.''

Those recommendations were made in response to the Biden administration shutting down major US pipelines, which has vastly limited the production of oil in the United States.

''We have been in regular contact with the administration to update the president and his staff on how ExxonMobil has been investing more than any other company to develop U.S. oil and gas supplies,'' the company's release began. ''This includes investments in the U.S. of more than $50 billion over the past five years, resulting in an almost 50% increase in our U.S. production of oil during this period.

''Globally, we've invested double what we've earned over the past five years – $118 billion on new oil and gas supplies compared to net income of $55 billion. This is a reflection of the company's long-term growth strategy, and our commitment to continuously invest to meet society's demand for our products.

The oil company went on to slam President Biden's criticism of their profits amid a global pandemic which rocked the industry.

''Specific to refining capacity in the U.S., we've been investing through the downturn to increase refining capacity to process U.S. light crude by about 250,000 barrels per day – the equivalent of adding a new medium-sized refinery,'' Exxon Mobil said. ''We kept investing even during the pandemic, when we lost more than $20 billion and had to borrow more than $30 billion to maintain investment to increase capacity to be ready for post-pandemic demand.''