Father says pediatrician asked his 3-year-old son 'are you a boy or are you a girl?' 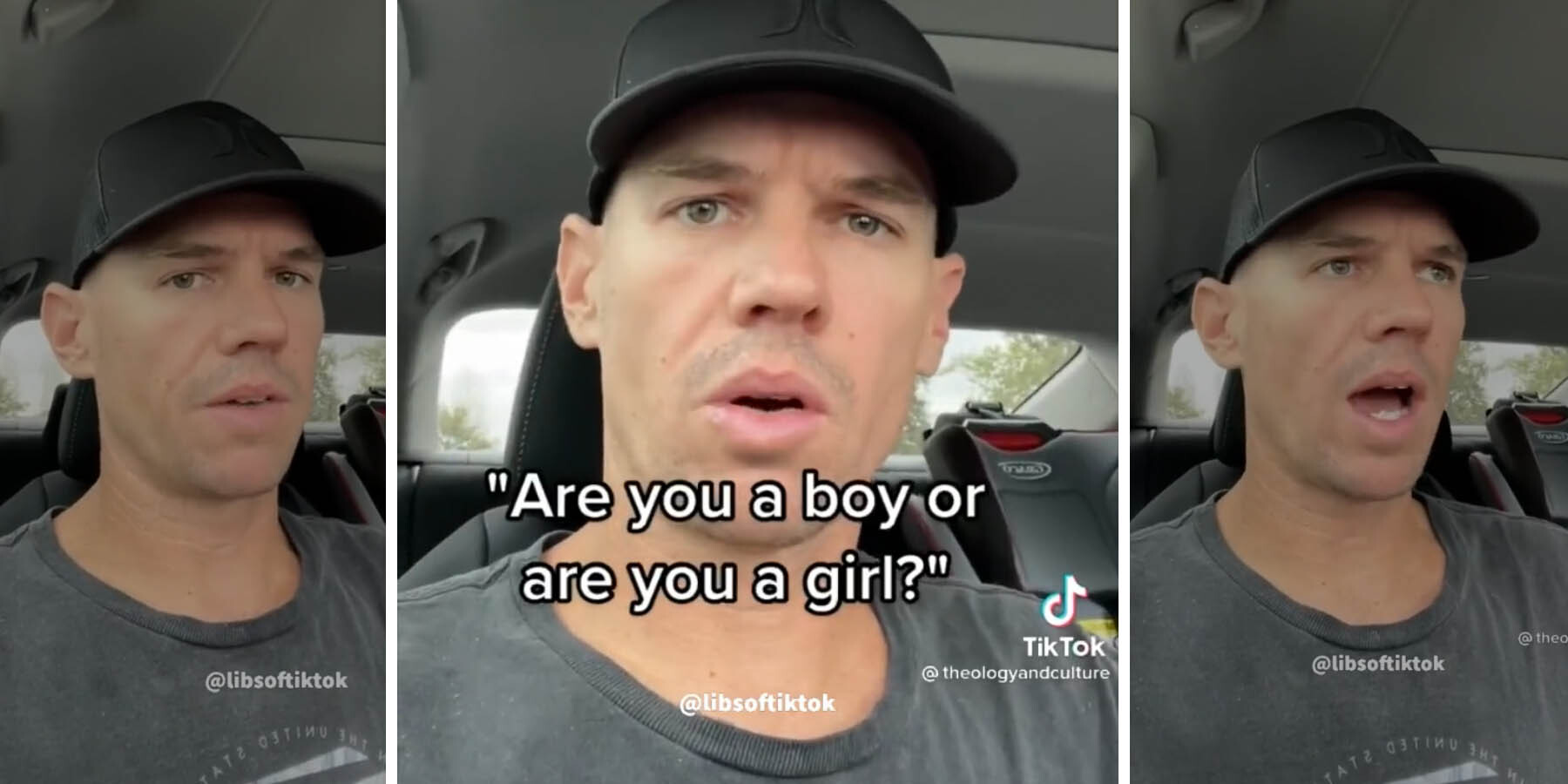 Popular social media account Libs of TikTok shared a video on Tuesday of a father who says his 3-year-old son's doctor asked the child if he was a boy or a girl during a routine checkup.

The original video was shared by TikTok user, @theologyandculture, whose username has since changed to @dotingdadof2 and whose profile is now set to private. "Alright I need to know if any parents of young kids have had this same experience," the father said in his car with a child's car seat visible behind him. "So I just took my 3-year-old son to the doctor for a checkup. My 3-year-old son," he emphasized.

"So luckily my son understands obvious tenets of biology at 3 years old and says that he's a boy, just like his chart says," he continued. "The rest of the appointment I couldn't even focus because I'm wondering why in the world this guy is asking the question. And then I remembered, 'oh yeah, I live in California.'"

"And a divorced texas couple who are in a court battle over whether or not to let their 7-year-old transition from a boy to a girl," he added with a BBC News headline that read "Texas parents battle in court for custody of transgender child."

"So again call me paranoid but I'm wondering if the doctor's asking of the question to my son to see if he can establish a pattern over time that shows that my son wants to be a girl. But here's the thing, my son is 3. I'm not even going to let him choose what he wants for dinner. And some days, my son thinks he's a dinosaur. But I'm not going to let him transition to a dinosaur."

"And being in California this probably going to happen to people like me first, but I don't think it's going to be long before we start seeing parents lose custody of their young kids because they're not letting them transition to the opposite gender," the father said, adding "And I think pediatricians are going to be the ones who are gonna start calling it out."