Senator Cruz challenged Jill Sanborn, executive assistant director of the National Security Branch of the FBI, asking what roll the FBI played in the Jan. 6. 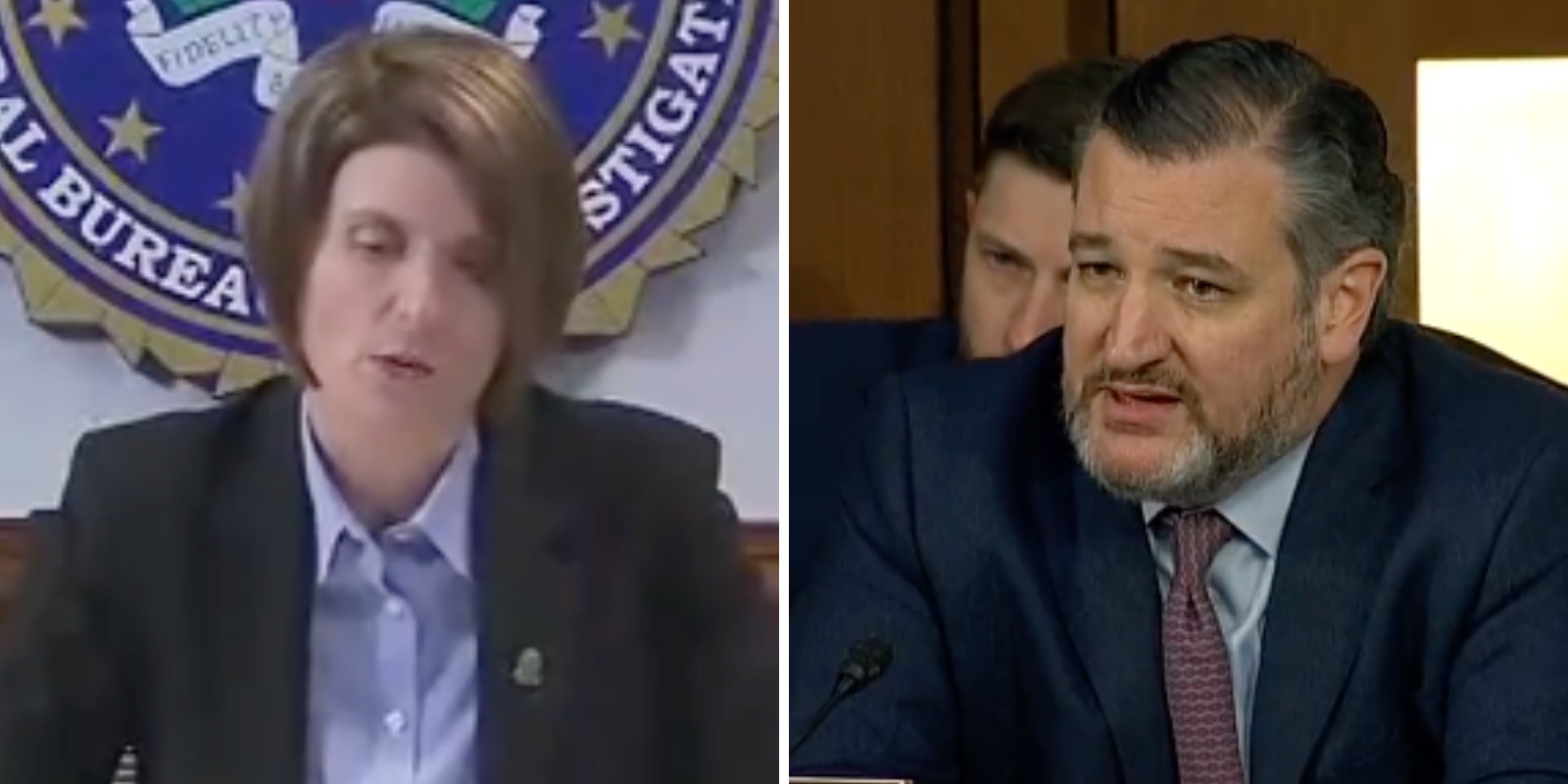 In a Senate Judiciary Committee hearing on Tuesday, the Department of Justice took questions from Senators about their programs to combat domestic terrorism.

Senator Cruz challenged Jill Sanborn, executive assistant director of the National Security Branch of the FBI, asking what role the FBI played in the Jan. 6. He asked her outright "How many FBI agents or confidential informations actively participated in the events of January 6?" Sanborn declined to answer, saying she could not go into "sources and methods."

Cruz also brought up Ray Epps, a man who has been noticeably absent from any formal inquiry into Jan. 6. "On the night of January 5, 2021, Epps wandered around the crowd that had gathered, and there's video of him out there chanting 'tomorrow, we need to get into the Capitol.' This was strange behavior," Cruz said, "so strange that the crowd began chanting 'fed fed fed.'"

Sanborn could not say.

"Shortly thereafter, the FBI put out a public post listing, seeking information on individuals connected with violent crimes on January 6. Among those individuals... is Mr. Reps. The FBI publicly asked for information, identifying, offering cash rewards leading to information leading to the arrest.

"This was posted and then sometime later, magically, Mr. Epps just disappeared from the public posting, according to public records, Mr. Epps has not been charged with anything. No one's explained why a person videoed urging people to go to the Capitol, a person whose conduct was so suspect the crowd believed he was a fed would magically disappear from the list of people the FBI was looking at.

"Miss Sanborn, A lot of Americans are concerned that the federal government deliberately encouraged illegal unlawful conduct on January 6. My question to you, and this is not an ordinary law enforcement question, this is a question of public accountability. Did federal agents are those in service of federal agent actively encouraged violent and criminal conduct on January sixth?

In her opening remarks, Sanborn spoke at length about the two main branches of domestic terrorism that the FBI is attempting to address. These are racially or ethnically based terrorist activities, and "anti-government or anti-authority violent extremism."

The impetus for this new development is, of course, Jan. 6, that grave day in American history when one protestor was killed by Capitol Police, and Congressional voting on certifying Biden's win as president was delayed a few hours.

In his opening statements, Senator Dick Durbin intoned the words of FBI Director Christopher Wray, who claimed that the threat of domestic terrorism is metastasizing across the country and is not going away. In addition to the Capitol riot, Durbin said that those who believe the 2020 election had irregularities are "will almost certainly spur domestic violent extremists to try to engage in Congress."

Durbin lashed out at sitting members of Congress who still support former President Donald Trump, as well as Rep. Paul Gosar's animated post showing injuries to Rep. Alexandria Ocasio-Cortez. Gosar was disciplined in Congress for posting this animation. Durbin took aim at Rep. Marjorie Taylor Greene, who has called for a "national divorce." These legislators, Durbin essentially claimed, are akin to domestic terrorists.

But Durbin also claimed that the "appalling rise in violent outbursts on airplanes, in school board meetings, and other spheres of public life," show the need for more funding and investigation into domestic terrorism. For Durbin, people who really don't want to wear face masks and parents who attend school board meetings to express their displeasure with the way their children are being educated are elements of domestic terrorism.