"I did get a lot of backlash" Musk said of the episode, "because it's, like, still federally illegal. So it was pretty nutty actually." 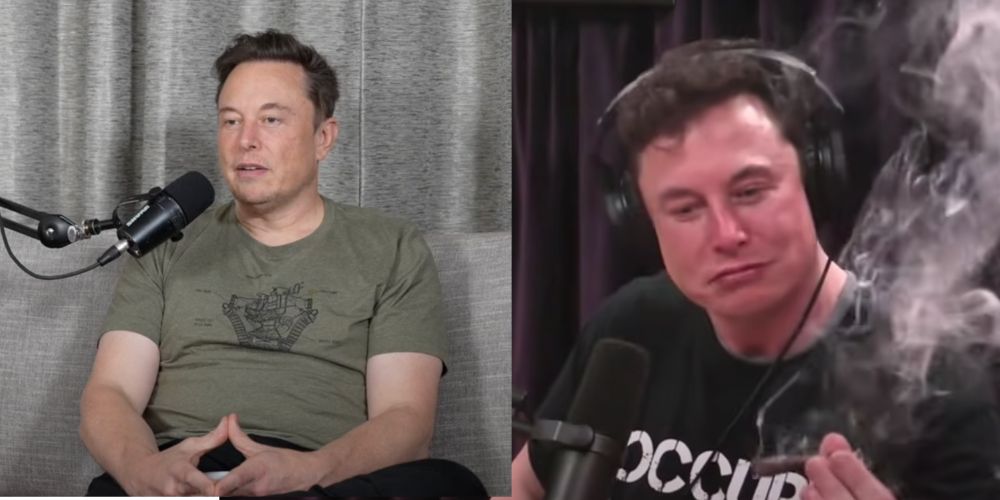 On Friday's episode of The Full Send Podcast, guest Elon Musk said that the Federal Government made him take random drug tests after he smoked marijuana with podcaster Joe Rogan on a 2018 episode of the Joe Rogan Experience.

During the podcast the Nelk Boys asked, "remember when you smoked weed on Joe Rogan, did you get, like, a lot of backlash for that?" Musk answered, "I did get a lot of backlash, because it's, like, still federally illegal. So it was pretty nutty actually."

The SpaceX and Tesla CEO told the popular Canadian and American pranksters, "I had to have, like, random drug tests and stuff after that, to prove that I'm not like a drug addict."

"By who?" the podcast hosts asked.

The New York Times reports that SpaceX was awarded a $2.9 billion dollar contract to help astronauts land on the moon.

In the 2018 podcast appearance with Joe Rogan, Musk said "I’m not a regular smoker of weed" because he found "that it is very good for productivity." But Rogan's video recording of the show went viral and he had to comfort his investors that he was not a heavy pot smoker.

According to the New York Post, Musk's marijuana musings caused Tesla's stock price to drop nearly 9 percent. Musk is the world's richest person, with a net worth estimated at $273.6 billion.

On the same episode of The Full Send Podcast the billionaire said "the biggest threat" mankind is currently facing is "population collapse."