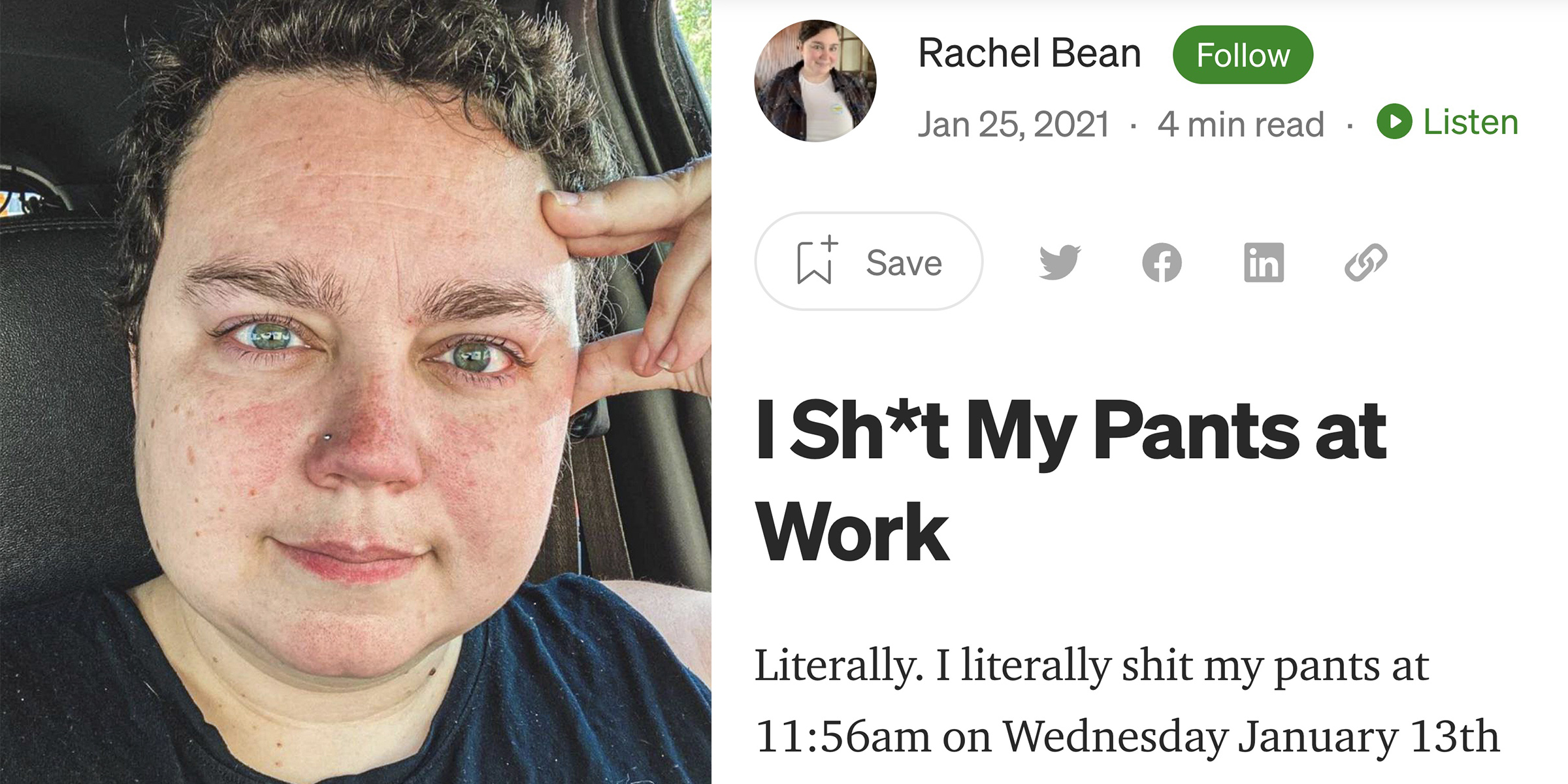 The far-left suspect that was arrested on suspicion of felony assault and rioting during a direct action against comedian Dave Chappelle in Minneapolis on Friday is asking for donations after claiming she's disabled and incontinent from having "long" Covid.

Incontinence is not listed as a known symptom of those who have recovered from Covid-19, according to the CDC.

Rachel Lee Bean, 35, was arrested on probable cause charges of felony first-degree assault and riot after far-left activists tried to shut down Dave Chappelle's comedy show appearances in Minneapolis. The far-left activists accused Chappelle, who is black, of transphobia and racism. They first threatened First Avenue venue, who canceled his show before targeting the Varsity Theater for hosting his remaining shows last week. Other far-left activists arrested outside the theater on Friday include Natalie Rizzo Slaughter, Sheridan Ann Lair, Rosemary Julia Coburn and Michael Robert Maidman.

Bean's far-left extremism across the U.S. goes back years to as early as 2015, where she traveled to Ferguson, Mo. in support of Michael Brown, the violent man who was shot dead by a cop following a strong-arm robbery and fight with the police officer. But Bean's extensive blog posts have also been highlighted where she now claims to be disabled from long Covid and in need of permanent public assistance.

In a post in January 2021, Bean detailed her new experience with incontinence and blamed it on capitalism.

"I literally sh— my pants at 11:56 am on Wednesday January 13th 2021. I got myself cleaned up and then I went back to work and finished the work day like that was a totally f—ng normal thing to have happen," Bean wrote. She says she declined to change into new clothes. "I had fully absorbed that sh—ng my pants was just one of the many mild to moderately sh—ty days one could have in a pandemic while dealing with Long Covid under capitalism."

In another blog post from November 2021, Bean opines about food shortages and blames the middle and upper classes. "Would our backyard gardens grow with more vibrancy if we had guaranteed income?" Bean asks. "Perhaps there would be an abundance of food and it wouldn’t be compressed into the overfed mouths of the middle and upper classes. Perhaps there would be enough for everyone."

The Post Millennial editor-at-large Andy Ngo revealed that Bean has a long history of political extremism.

In June 2020, Bean helped fund a criminal takeover of a Sheraton hotel in Minneapolis during the height of the deadly Black Lives Matter and far-left riots following the death of George Floyd. Rioters, looters, and homeless people took over the hotel and turned it into a den for sex trafficking and drug dealing. After two weeks, police eventually cleared out the occupiers.

During the violent takeover, far-left activists renamed the Sheraton Hotel the "Sanctuary Hotel" and a GoFundMe account was setup to financially support their efforts. On June 6, 2020, Rachel Bean solicited donations for the autonomous zone on Twitter.

After Kyle Rittenhouse was acquitted in November last year, Bean wrote, "I hope they burn that town down." Rittenhouse shot three rioters, two fatally in self-defense during a violent riot in Kenosha, Wisc., a jury found.

She has continued to use her social media to incite acts"> of political violence. After the Supreme Court's stuck down Roe v. Wade, she wrote, "Solidarity with everyone f—king sh— up today and in days to come." Far-left rioters in multiple cities assaulted law enforcement and destroyed property in response to the court's ruling and dozens of pregnancy resource centers have been vandalized or firebombed.

Minneapolis Police declined to comment on the specifics of Bean's arrest last Friday, but said the case remains open and that "the Hennepin County Attorney’s office will make a determination on formal charges."

Bean blocked this report's co-writer on Twitter and directed her followers to report him, claiming his reporting was harassment.