The adamantly anti-Trump trio has seemingly forgotten that the vaccine they now push for was created by the Trump administration, and they spoke against it. 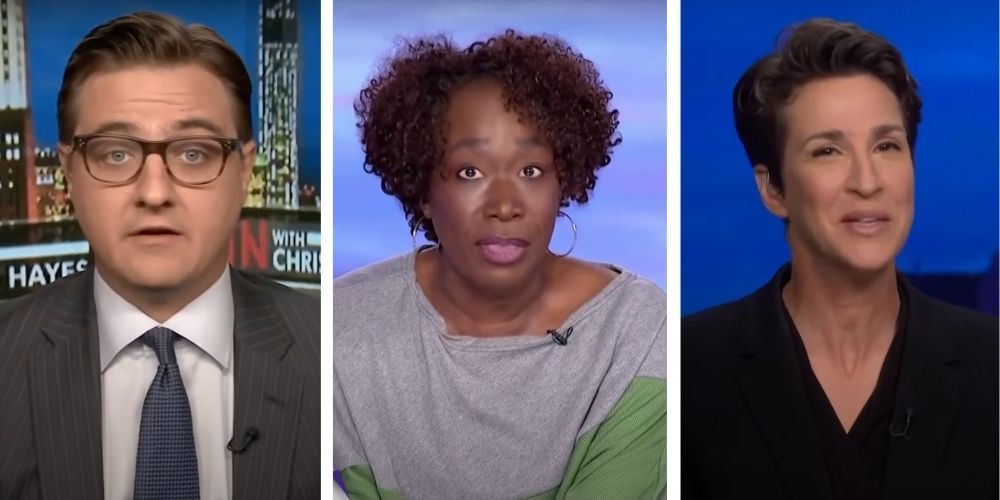 In the day and age where spreading "misinformation" about the coronavirus vaccine has the potential to get a user's account suspended from social media platforms, some big-name MSNBC hosts seemed to get away with posting this same misinformation last year to their masses of audiences, dissing a vaccine created by the Trump administration.

On March 3 of 2020, "All In with Chris Hayes" host Chris Hayes responded to a video former President Donald Trump attending a press conference with the former United States Secretary of Health and Human Services Alex Azar.

Azar announced that a potential vaccine for the coronavirus had been created in "three days," and that the Food and Drug Administration had authorized the entry of that vaccine into phase one testing.

Hayes slammed Trump’s "obsession and focus" on the vaccine, adding that it was "nuts."

Hayes has since flipped his stance on the vaccine, talking about vaccines on his show while slamming Republicans that haven't advocated for the vaccine enough to his liking.

Joy Reid, host of "The Reidout," on September 17, 2020 posted a scathing tweet questioning how anyone could ever "trust a vaccine approved by the FDA," adding that "how do we get a vaccine distributed after this broken, Trumpist nonsense has infected everything?"

More recently, Reid has changed her tune on the validity of a vaccine that was created under the Trump administration, urging followers to get vaccinated.

In addition, on October 19, 2020 "The Rachel Maddow Show" host Rachel Maddow retweeted an article from The Washington Post, with the following quote calling the vaccine’s safety into question: "Trump has plotted with his team on a pre-election promotional campaign to try to convince voters a vaccine is safe, approved and ready for mass distribution — even if none of that is true yet."

An excerpt of the article was posted by Human Events' Jack Posobiec, who was the man who unearthed many of these old tweets earlier today.

Maddow, more recently, has been posting articles outlining the potential for another COVID-19 surge, as well as articles urging Americans to get vaccinated.

Also of MSNBC, Nicole Wallace, host of "Deadline: White House," stated back in April that the Trump administration's Operation Warp Speed "didn't do anything to get a needle into an arm."

Operation Warp Speed looked to drastically increase the speed in which a vaccine went from development, to the waiting public. The program was decidedly successful, with Americans beginning to get their vaccines late last year, with widespread availability coming around the one-year mark from development.

With so many being suspended and banned from platforms for spreading misinformation, including the recently dubbed "disinformation dozen," this calls into question why these big names were allowed to spread similar misinformation seemingly without repercussions.