FLASHBACK: Trump warned Germany that reliance on Russian energy could lead to 'extortion'

Only four years later, Germany is facing an energy crisis after having grown almost totally dependent on Russian energy. 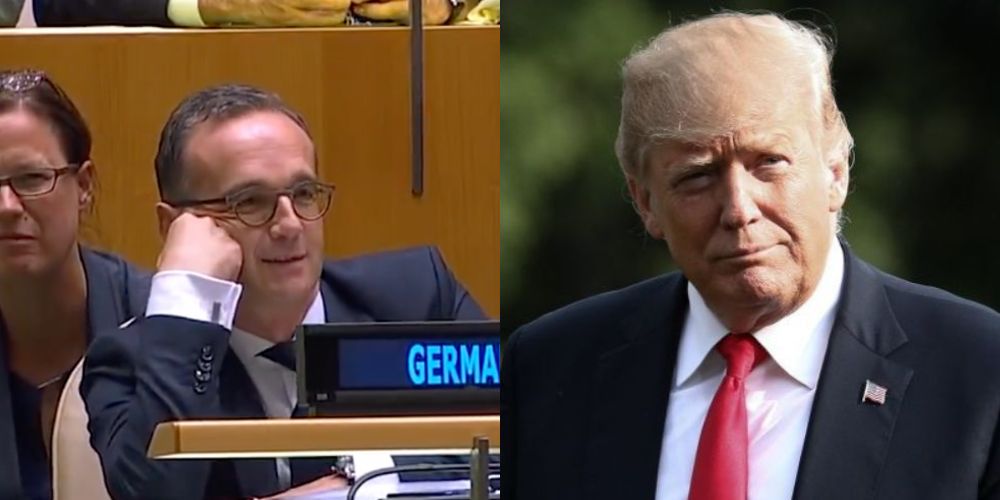 In 2018, President Donald Trump said, "Germany will become totally dependent on Russian energy if it does not immediately change course" at the United Nations General Assembly. He was then met with condescending laughter from the German delegation.

Only four years later, Germany is facing an energy crisis after having grown  almost totally dependent on Russian energy through its connective Nord Stream 1 natural gas pipeline, which Russian President Vladimir Putin almost entirely shut down last week according to CNN. The pipeline, which provides natural gas not only to Germany but many European nations, is now operating at 20 percent capacity for the whole continent.

In 2018, Trump also said, "Reliance on a single foreign supplier can leave a nation vulnerable to extortion and intimidation," warning of Germany's intent to build another pipeline to Russia, Nord Stream 2. The newer Nord Stream's completion has been halted amidst the continuing war in Ukraine.

Russia has leaned in to manipulating its supply of energy to Europe as it continues its invasion of Ukraine into the fall.

According to Bloomberg, Germany "used to get more than a half of its gas via pipelines from Russia," and has now been cut off as Western sanctions have caused reactionary measures by Putin and Russian leadership.

The leading laugher in 2018 was then Foreign Minister Heiko Maas, a member of Germany's far left Social Democratic Party. According to The Epoch Times, Maas said, "Germany is not dependent on Russia, especially not on energy issues" and Trump's comment "does not correspond to reality."

The reality, according to DW.com, is that Germany is now facing both an "energy and inflation crisis" because it grew dependent on Russian energy via the pipeline as they tried to create green alternatives to fossil fuels.

Under former Prime Minister Angela Merkel the country embraced many lofty goals for renewable and green energy sources, few of which have materialized and none have emerged as sustainable.

Bloomberg also reports that "Germany’s energy crunch is forcing it to sign fossil-fuel contracts" after promising to go green and failing.