A former professor of mine at McGill University theorized that Canada faces a certain democratic “malaise”. The Westminster system, which… 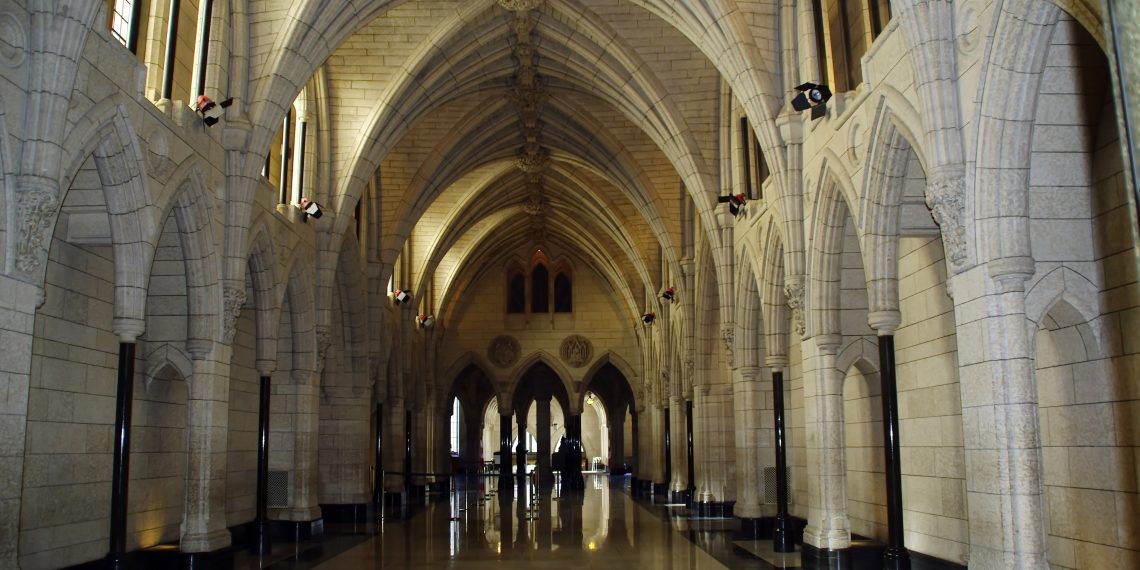 A former professor of mine at McGill University theorized that Canada faces a certain democratic “malaise”. The Westminster system, which was inherited from the British, and is embedded within the broader commonwealth, is both rich and poses evident shortcomings.

Theoretically it entrenches an effective set of checks-and-balances; a necessity to prohibit government from breaking the barriers of democratic constraint.

However, since 1867, there have been measures to bypass checks-and-balances, making the idealized democracy incorporated within our constitutional monarchy, a shallow version of itself.

Party loyalty has manifested itself as the leading cause of our government’s erosion. When taken to an extreme extent, it incentivizes floor crossing, an act which stands paradoxical to the democratic values we uphold.

As mentioned, loyalty matters in Canadian politics-to a detrimental degree. Members of parliament often have their ideas, and opinions, shunned if they don’t coincide with party demands.

But what happens when allegiance is switched?

Crossing the floor happens when a sitting member of parliament switches parties. In 2018, Canadian politics saw six separate occasions of floor crossing, but there are two that sent shockwaves in throughout the nation;  Maxime Bernier left the Conservative Party to establish his People Party of Canada, and ex-Liberal MP Leona Alleslev emphatically crossed the floor to join the Conservatives.

Bernier, the Member of Parliament for Beauce, Quebec requires minimal introduction. He has an impressive resume; one that would summon the jealousy of any public official.

He left the Conservative Party to establish the People’s Party of Canada, a right-wing party which advocates for smaller government, lower levels of immigration, and more free-markets (including abolishing supply management) according to the party’s website.

Whether Bernier’s party will win outside of Beauce is highly unlikely, but the nearly 3% popular vote he’s polling can definitely harm the Conservatives prospect for electoral victory.

Truthfully, the PPC may never reach longevity, but the party’s origins offer a grim disposition of major flaws within our government system. The PPC party was founded by a disillusioned MP who sought an alternative to a Tory party which has abandoned its values.

Alleslev, the Member of Parliament for Aurora Oak Ridges-Richmond Hill, crossed the floor in September after she cited concerns about the direction Canada is headed towards under Trudeau’s economic and foreign policy, per CTV News. In piece written by her in the National Post she explicitly wrote “this government is not delivering the right standard of service to meet the needs of Canadians”.

Alleslev added that Trudeau, and his team, were unwilling to listen, or  be challenged. Her case quintessentially demonstrates the profusely undemocratic nature of staunch party loyalty. Alleslev’s primary role is to represent her constituents, but it is an impossibility because of the Westminster system’s tendency to regress into party-leader autocracy.

Alleslev’s motives to leave the Liberals are excusable. The MP already deserves a mountain of admiration for serving Canada’s Air Force after graduating from the prestigious Royal Military College. Her post-military career led her to hold positions at the Department of National Defence.

What does the future hold?

What now for Beauce and Aurora Oak Ridges-Richmond Hill, and what does it say about the state of democracy here in Canada. Many, including Caspar Pfenninger of the Toronto Star, believe Alleslev should have resigned rather than crossing the floor; and they are absolutely correct. When voters acted upon their democratic rights, they voted for Alleslev as a Liberal and not as a Conservative. A by-election should have been immediately called when she chose to swap parties.

In Beauce as well, the constituents voted for Bernier as a Conservative and not as a member of the PPC. He, like Alleslev, should have resigned or a by-election should have been called once his new party was established and had the proper funds to sustain an election period.

Members of Parliament shouldn’t be allowed to play musical chairs with their political affiliation.

Measures should be enacted to ensure the politicians we elect will stay with the party they were oringinally represent. We can’t have a healthy democracy if MPs can cross the floor.

It can be argued that party loyalty provides efficiency, but to whose expense? If a leader yields too much power, it effectively equates partisanship to submission. Canadians should have their representatives vouch for their needs, even if the attempts are futile. But for that to happen, the possibility for MPs to be granted a level of independence is required.

Unanimity within each respective party is non-existent. Therefore, coalitions from within can be a new way to allow for various opinions to be heard, acknowledged, and implemented. Coalitions can be relegated to mere assemblies of politicians pressing for the adoption of policy and legislation.

Coalitions can also act as a deterrent force to a party becoming more ideologically radical, and a means for Canadian politics to avoid populist waves.

Floor crossing is a byproduct of party loyalty, which is a problem originating from the Westminster system. Providing an opportunity for members of parliament to be more independent will enrich both our democracy, and all Canadian constituencies.