BREAKING: Footage 'withheld' by prosecution in Rittenhouse case may be shown to jury

Much of the debate surrounded how and where the jury would view footage. 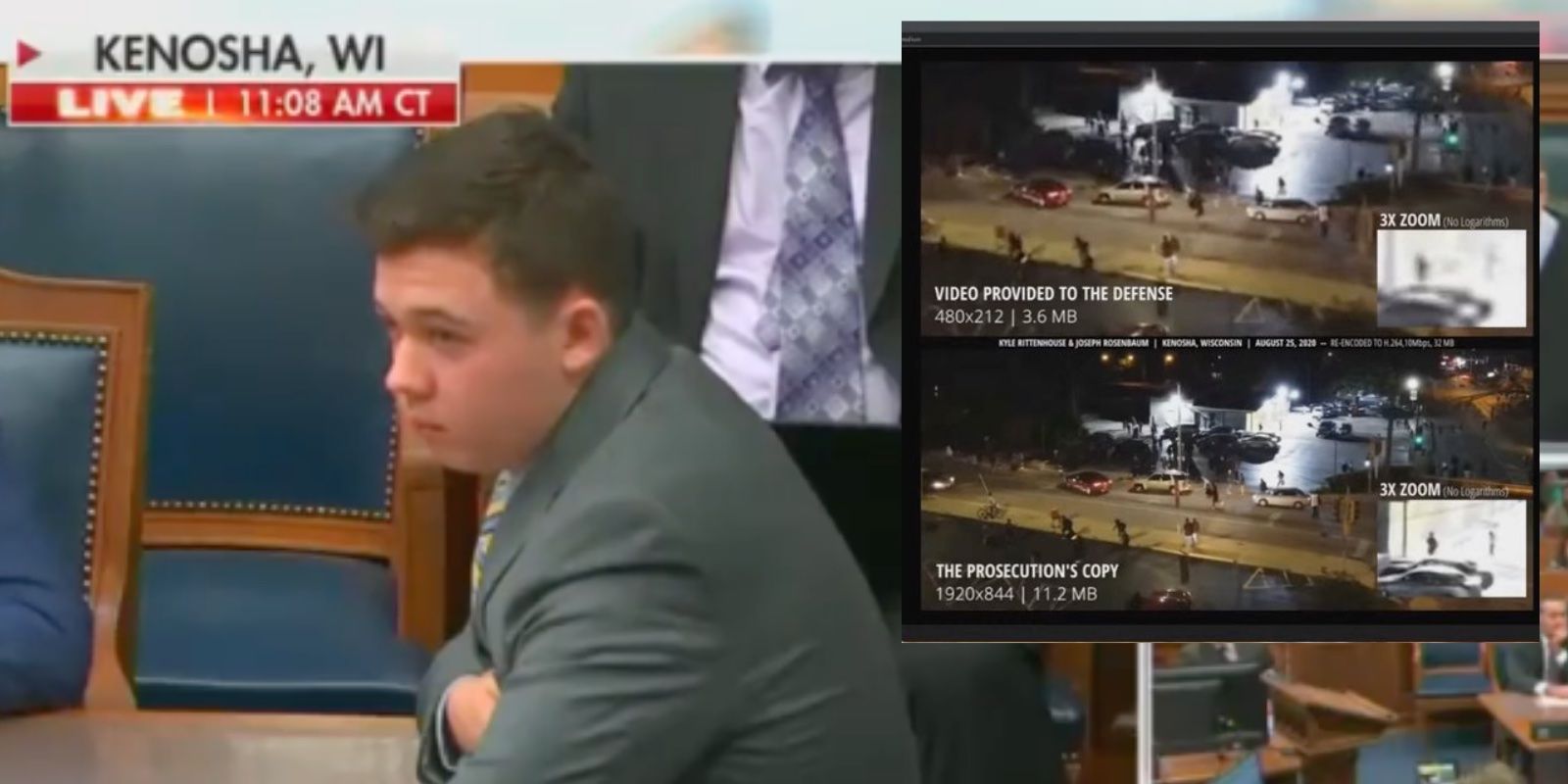 Update: The prosecution disputes the claim that they intentionally withheld video evidence. The current dispute before the court involves several videos. The defense has requested a mistrial based on the dispute.

The prosecution disputes the claim that they intentionally withheld video evidence. The current dispute before the court involves several videos. The defense has requested a mistrial based on the dispute.

The state said they were given an HD video by the police, but that the video was also emailed to the state. The state gave that emailed version, which was compressed in transfer, to the defense.

The difference between those two versions wasn't made clear until Friday, the prosecution said, which was after the evidence was closed.

The defense said "We had the video, not the clarity, not the quality," and stated that they would seek a mistrial, albeit without prejudice, knowing that the state could then retry the case. "We didn't have the quality of evidence that the state had until the case was closed," the defense stated.

The state said that they did not believe "an unknown technical incident" should result in a mistrial.

After it was revealed that the prosecution in the Kyle Rittenhouse case withheld video evidence, turning over a file to the defense that was substantially smaller than the full file in their possession, the defense asked for a mistrial. On Wednesday, it was announced as the jury was still deliberating in the case. The jury requested to view footage. This would extend their deliberations.

"We, the defense," said Rittenhouse's attorney, "has a real problem with them seeing the drone footage. And what has come out, we have a motion pending before the court based upon disclosure of evidence, and if they want to see that, that's just tainting this jury more."

"And I asked the court to consider: the drone footage was turned over by an anonymous person, who we supposedly now know who it is, Mr. Beeman, on the first Friday of the jury. We were provided a copy of that for Mr. Krause that was neither in the length or definition clarity the state had. We did not get the full download that they received until Saturday or Sunday of last weekend, after all the evidence was closed," the defense stated.

The defense had submitted a motion because the file size given to the defense was only 3.6MB while the prosecution's full video was 11.2MB. That the larger file was not provided to the defense "...until after the trial concluded."

"And that's a real problem. Not to mention, that since doing our research, the specific AMPT owner's manual says that when using AI to enhance photographs, or videos, it is for investigative purposes only. It is not forensically to be used in a court of law and should be labeled as such."

The circumstances surrounding the trial have led presiding Judge Bruce Shroeder to question letting cameras into the courtroom again. Shroeder referenced the treatment of both the prosecution and the defense in media coverage of the trial, which has been brutal depending on where the media pundit's opinion lands on the case.

"These are five very reputable attorneys that I've practiced with for years. And I think it's shameful some of the things that are being done to these people. And when I talked about problems with the media, when this trial started... we were there, in part, because of grossly irresponsible handling of what comes out of this trial," Shroeder said.

"I will tell you this," Shroeder continued, "I'm going to think long and hard about live television in the trial again, next time. I don't know I always been a firm believer in it because I think the people should be able to see what's going on but what I'm seeing what's being done is really quite frightening. Frightening, that's the right word."

Shroeder also spoke about the jury, and the treatment of the jury in the media. Some have reported that jurors are concerned that they will be doxxed or threatened based on the outcome of the case. He said that there has been "disrespect that courts have had in this country for the juries."

"These are intelligent people," Shroeder continued, "they get treated like— There was a time when the people educated people in the town where the physician and the lawyer and maybe the school teacher and the preacher and the rest of the people were farmers, so obviously they weren't as smart as most educated people, right? Wrong."

"That's never been the belief of the founders of our country," he went on. "It's never been true. And I think these people are as competent as the educated people. And many of them are educated to make these decisions, and that's where the founders of our country put the power, not with us. So I think it's insulting to the jury to tell them that they have to have these restrictions on their viewing but we're going to sit down with the books we're going to find out what the exact procedure is. And we'll await what they want to do. But for now, I will answer do we view the videos in private or in the courtroom and the answer will be in the courtroom."

The viewing of this footage, if it happens, may be in the courtroom, but it is not yet determined if it will be a public viewing, with cameras present, or not. Much of the debate surrounded how and where the jury would view this footage.

This is a breaking story and will be updated as details become available.