"It's flat out improper," said David Laufman, a former Justice Department prosecutor. "I don't think it's OK for an (assistant US attorney) to be talking to the media about what charges are appropriate in a case under investigation." 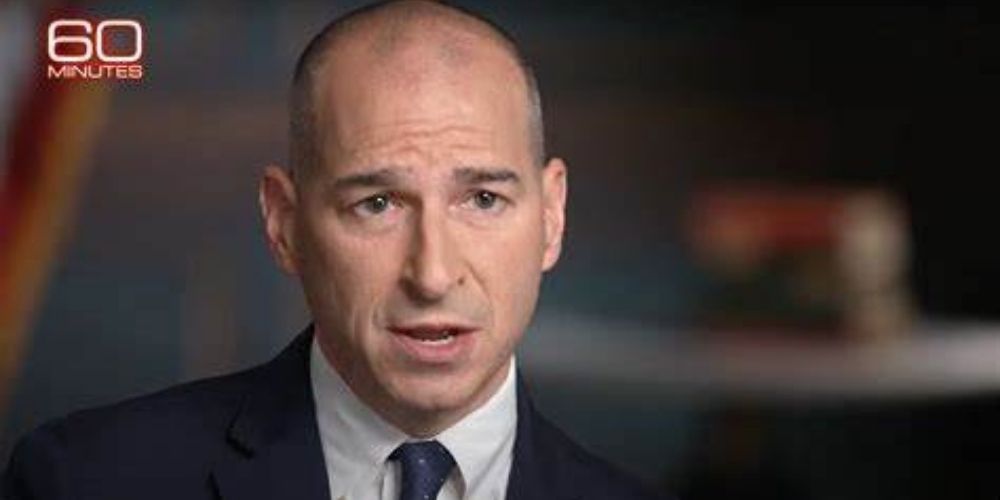 The Department of Justice announced Tuesday that they have launched an internal investigation into federal prosecutor Michael Sherwin after he gave an unauthorized interview on '60 Minutes' and disclosed that former President Donald Trump could be facing criminal charges for the Jan. 6 attack on the US Capitol.

On Sunday, Michael Sherwin, the Trump-appointed former acting US Attorney for the District of Columbia, appeared on '60 Minutes' and according to CNN, he caused an "uproar" at the Justice Department. "I found it troubling that sources within the Department of Justice were detailing the possibility of additional charges in a pending criminal case and an ongoing criminal investigation," said Judge Amit Mehta on Tuesday, who is overseeing many of the cases.

Concerned about Sherwin’s remarks and troubled by a New York Times article that cited anonymous Justice Department sources, Judge Mehta made clear “this case will not be tried in the media.”

Judge Mehta indicated that he would impose a 'gag-order' if those involved with the case continue to talk to the media, explaining that news coverage could undermine due process rights of defendants.

According to CNN, senior officials at the Justice Department found Sherwin’s remarks "infuriating" as Attorney General Merrick Garland pushes for a 'no drama' policy while discouraging comments on active investigations.

"It's flat out improper," said David Laufman, a former Justice Department prosecutor. "I don't think it's OK for an (assistant US attorney) to be talking to the media about what charges are appropriate in a case under investigation," Laufman continued.

Sherwin, who serves as an assistant US attorney, has since returned to Miami after handing over the investigation on March 3. "We have people looking at everything," Sherwin told 60 Minutes. "Everything's being looked at."

To date, 400 individuals that actively participated in the Jan. 6 US Capitol riot have been criminally charged as the investigation remains ongoing. "It's unequivocal that Trump was the magnet that brought the people to D.C. on the 6th," said Sherwin. "Now the question is, is he criminally culpable for everything that happened during the siege, during the breach?"

According to Sherwin, investigators relied heavily on social media postings and public documentation to determine who was involved in the Capitol riot. Sherwin said that charges against former President Trump are more likely after those who were charged insisted they came to DC because Trump told them too.

"We have plenty of people. We have soccer moms from Ohio that were arrested saying "Well, I did this because my president said I had to take back our house," Sherwin explained. "That moves the needle towards that direction. Maybe the president is culpable for those actions."

"But also, you see in the public record too militia members saying, 'You know what? We did this because Trump just talks a big game. He's just all talk. We did what he wouldn't do,'" said Sherman.

Sherwin said the majority of the 400 arrested so far are facing federal criminal charges, "and significant federal felony charges."

According to Sherwin, the two men, George Tanios (39-WV) and Julian Khater (32-PA), who used Bear Spray on Officer Brian Sicknick George Tanios will be charged with murder if the investigations concludes the spray was the cause of officer Sicknick’s death. "If evidence directly relates that chemical to his death, yeah," said Sherwin. "We have causation, we have a link. Yes. In that scenario, correct, that's a murder case."

Despite the violence and destruction of Jan. 6, Sherwin said that the day "could have been a lot worse" as two major plots failed to succeed.               These two major plots include a series of pipe bombs that failed to detonate which were placed around DC and the alleged plot of Lonnie Coffman (70-AL) who brought 11 Molotov cocktails which were designed to act like napalm on explosion.

"It's actually amazing more people weren't killed," said Sherwin. "We found ammunition in his (Coffman's) vehicle. And also, in the bed of the vehicle were found 11 Molotov cocktails. They were filled with gasoline and Styrofoam."