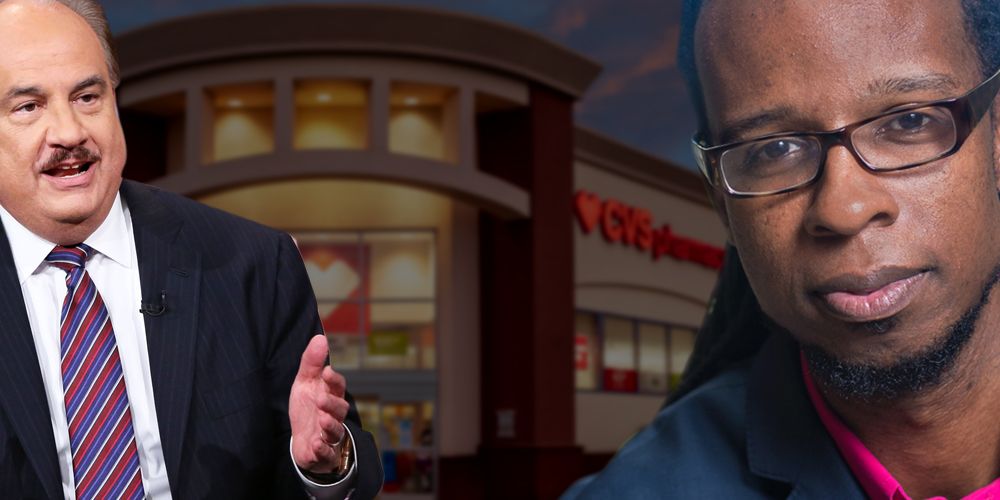 Kendi reportedly went on stage with the (now former) CEO Larry Merlo of the company to give a speech to the workforce about how American society is steeped with “racist ideas.”

Kendi claims that "unconscious bias" and "white privilege" are so steeped in American culture that it even affects children, detailing in his program a diagnosis of illness for CVS Pharmacy.

The keynote event has been replicated at other major American corporations including Bank of America, Disney, Google, and Raytheon, as past exposes from Mr. Rufo have revealed.

In the extensive race reeducation program, employees are walked through a series of programs that reframe worldview with "antiracist" ideology in its stead, built on the core tenets of Critical Race Theory, including "intersectionality," "white privilege," and other concepts.

According to Critical Race Theory, white males are assigned the peak levels of hierarchy privilege under the set up and are targeted to recognize that and accept a new order of social humility.

“Having a name easy to pronounce,” ''feeling safe in your neighborhood at night,” and “celebrating Christmas” are all designated indicators of white privilege.

Moreover, these passive sorts of descriptions aren’t seen as adequate enough on their own anymore.

In the CVS training regimen, employees are further instructed on taboo language for discussion around race. Phrases like “I’m not racist,” “I’m colorblind,” and “we must stand up for minorities'' are all seen as phrases that bring the so-called conversation backwards.

A CVS whistleblower who provided details of the seminar and slides of the program anonymously to Rufo stated: “I have worked at CVS a long time, and we have never had a problem with discrimination or division. Quite the opposite: people of diverse backgrounds always have pulled together to solve complex problems. Long-term, talent will drain, morale will suffer, and resentment will spread. This will contaminate our culture and threaten our long-term success.”

Rufo heavily emphasized in his reporting that the true “privilege” at work is that of the wealth of former CEO Larry Merlo. He earned over $22 million USD, in comparison to the median CVS employee’s pay of $35,529.