"A Predator drone had a lock on him," and the DOD "refused to grant permission to fire upon that bomber," Pardo-Maurer said. 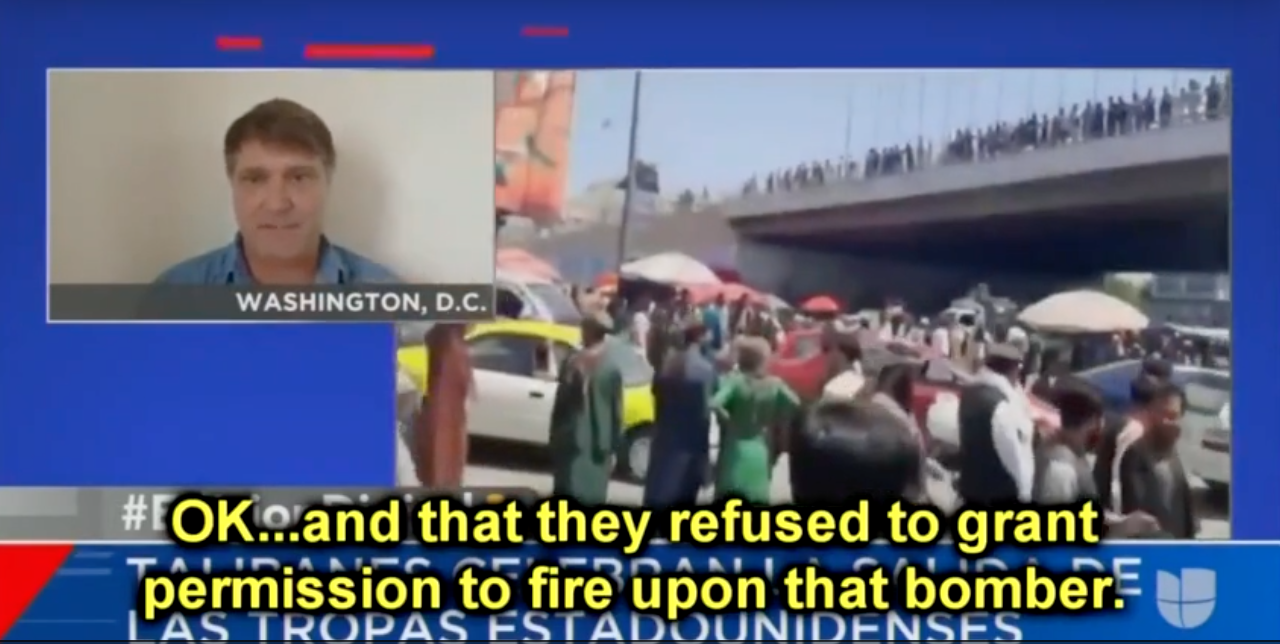 Former Deputy Assistant Secretary of Defense for Western Hemisphere Affairs Roger Pardo-Maurer spoke about the suicide bombing at the Kabul International Airport on Thursday, saying that the "Department of Defense already knew who the bomber was."

The suicide bombing, which took the lives of 13 members of the US Armed Forces, happed while evacuations of Americans and Afghan allies were underway during the final days of the 20-year war in that nation.

Director of MRC Latino, Jorge Bonilla posted the interview with Pardo-Maurer said the Department of Defense also knew "where and when" the attack would happen. He said that "a Predator drone had a lock on him," and that the DOD "refused to grant permission to fire upon that bomber."

He said that permission "was requested and was denied." In Pardo-Maurer's view, the reason for this denial is "Because we are in this process of negotiating with the Taliban, who aren't even in control of their own government or their own people."

The death toll in Afghanistan from the attack was over 100. The US is continued evacuations. Head of US Central Command General Frank McKenzie said shortly thereafter that more attacks were likely.

There are still Americans in Afghanistan, which the administration has said is in the "very low hundreds."