28-year-old Ellen Brennan Reiche was one of two suspects arrested on the BNSF Railway tracks near Bellingham around midnight on Nov. 28, 2020, and charged with committing a terrorist attack on a railroad facility. 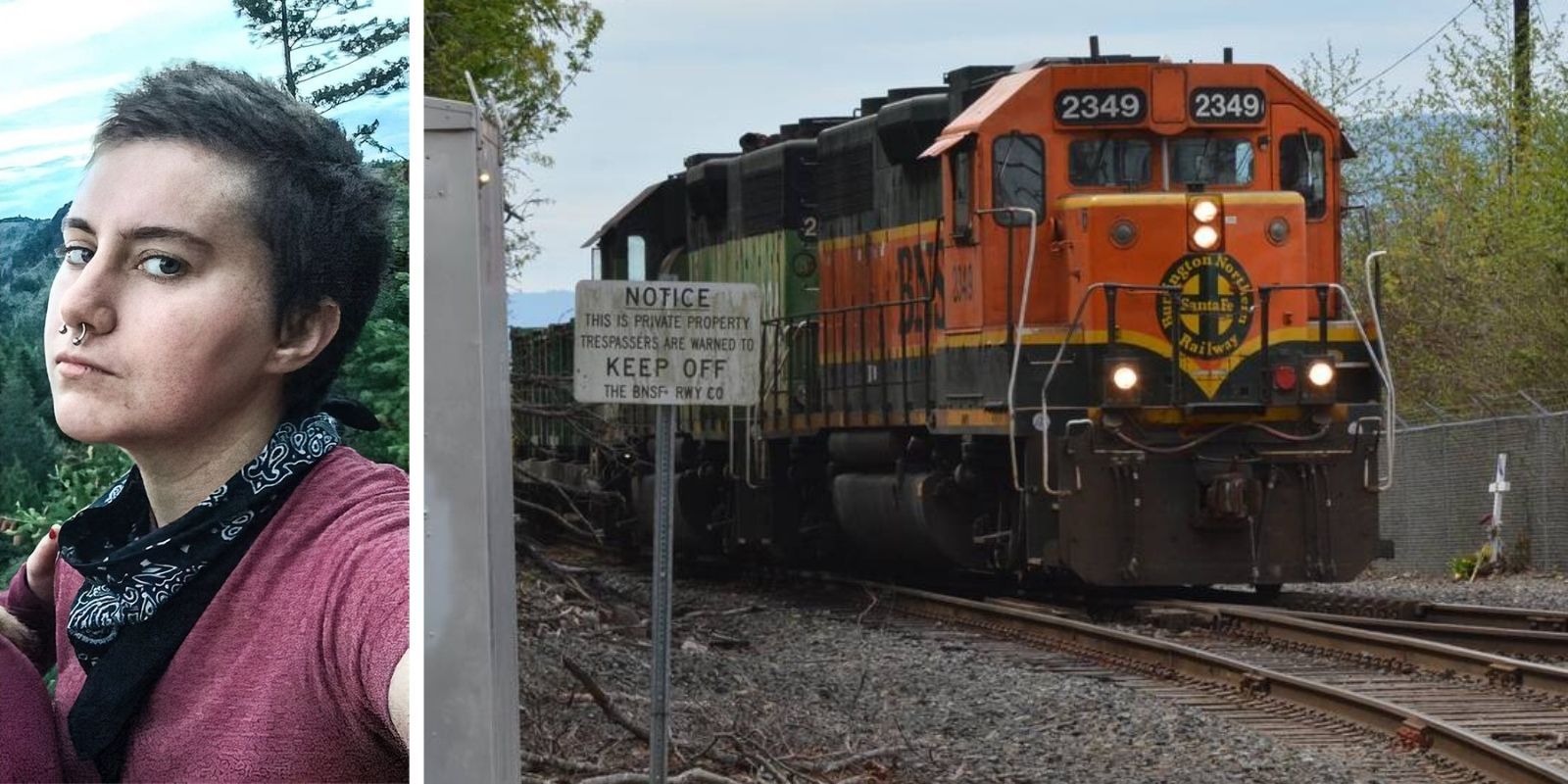 A militant far-left activist from Bellingham, Washington, was convicted in federal court Thursday of a "shunt" attack last November on the largest freight railroad network in North America, following an FBI Joint Terrorism Task Force investigation into dozens of attempts to derail trains in the area.

28-year-old Ellen Brennan Reiche was one of two suspects arrested on the BNSF Railway tracks near Bellingham around midnight on Nov. 28, 2020, and charged with committing a terrorist attack on a railroad facility.

Reiche was convicted in Seattle of violence against a railroad carrier for placing a "shunt," a device that interferes with train signals and impairs train safety systems such as crossing guards, on the BNSF tracks.

The jury deliberated about three hours following the two-day trial. Reiche faces up to 20 years in prison when sentenced by Chief US District Judge Ricardo S. Martinez on Dec. 17, announced Acting US Attorney Tessa M. Gorman.

According to records in the case and testimony at trial, on the night of the incident, Reiche and co-defendant Samantha Frances Brooks, 24, were observed on video surveillance walking on the tracks near a crossing in Bellingham.

Whatcom County Sheriff's deputies responded to the scene. The defendants were detained for trespassing, and a shunt was found on the tracks near where the deputies had first encountered Reiche and Brooke. Reiche was carrying a paper bag containing wire, a drill with a brush head, a magnetic adhesive and gloves.

The wire was similar to the wire used in the shunting incidents. The shunt that was placed on the tracks could have interfered with the railroad crossing guard at Cliffside Drive in Bellingham. A train carrying crude oil, among other cargo, was scheduled to come through the area soon after the incident took place.

Assistant United States Attorney Sok Jiang told the jury during closing arguments that Reiche "disrupted the signal system designed to stop trains from crashing into each other or crashing into cars ... A car driving through the intersection (near the shunt) would not have warning that a train was coming."

The FBI's Joint Terrorism Task Force worked with BNSF police to investigate the placement of 41 shunts on the tracks since Jan. 19, 2020. The shunt itself is comprised of wire that is stretched between the rails and often fastened with magnets, disrupting the systems that indicate that a train is on the tracks.

The shunts triggered an automatic braking system on a train that was transporting hazardous and combustible material, the Department of Justice press release reported. The emergency braking then caused a portion of the train to decouple from the engine. Such decoupling has the potential to cause a derailment of tanker cars of flammable gas in a residential area.

Brooks pleaded guilty July 9 to interference with a railroad signaling system. Brooks faces up to 20 years in prison when sentenced by Martinez on Oct. 8.

Following the initial shunting incidents on Jan. 19, 2020, a claim of responsibility for railway attacks in the Pacific Northwest earlier in the year was published on the anarchist website itsgoingdown.org on Jan. 22, 2020, according to the criminal affidavit's naming of the extreme Antifa site.

Reiche was parked nearby at the time of the duo's arrest, and the pair's vehicle had a sticker with the text "INDIGENOUS LAND" over a map of the entire United States. The extremist site said in a post that the direct actions were carried out in solidarity with Native American tribes in Canada, seeking to "fight against colonial invasion" with the building of the Coastal GasLink Pipeline project in British Columbia, Canada. It called for others to carry out more attacks with the express goal of disrupting BNSF operations and supplies for the pipeline.

Reiche and Brooks scrubbed much of their online presence, but some remaining clues provided insight into the former. Reiche identifies as "non-binary" and uses "they/them" pronouns and was the deputy field organizer for Washington State Democrats, according to their now-deleted LinkedIn profile. Reiche is a radical queer and environmental activist who co-founded the Bellingham Lesbian Collective and co-hosted on "The L World" lesbian-themed podcast.