"Never censor yourself. Insist that 2 and 2 make 4 even if Twitter tries to compel you to say otherwise. Make them bans tens of millions of us," The Babylon Bee's Seth Dillon said. 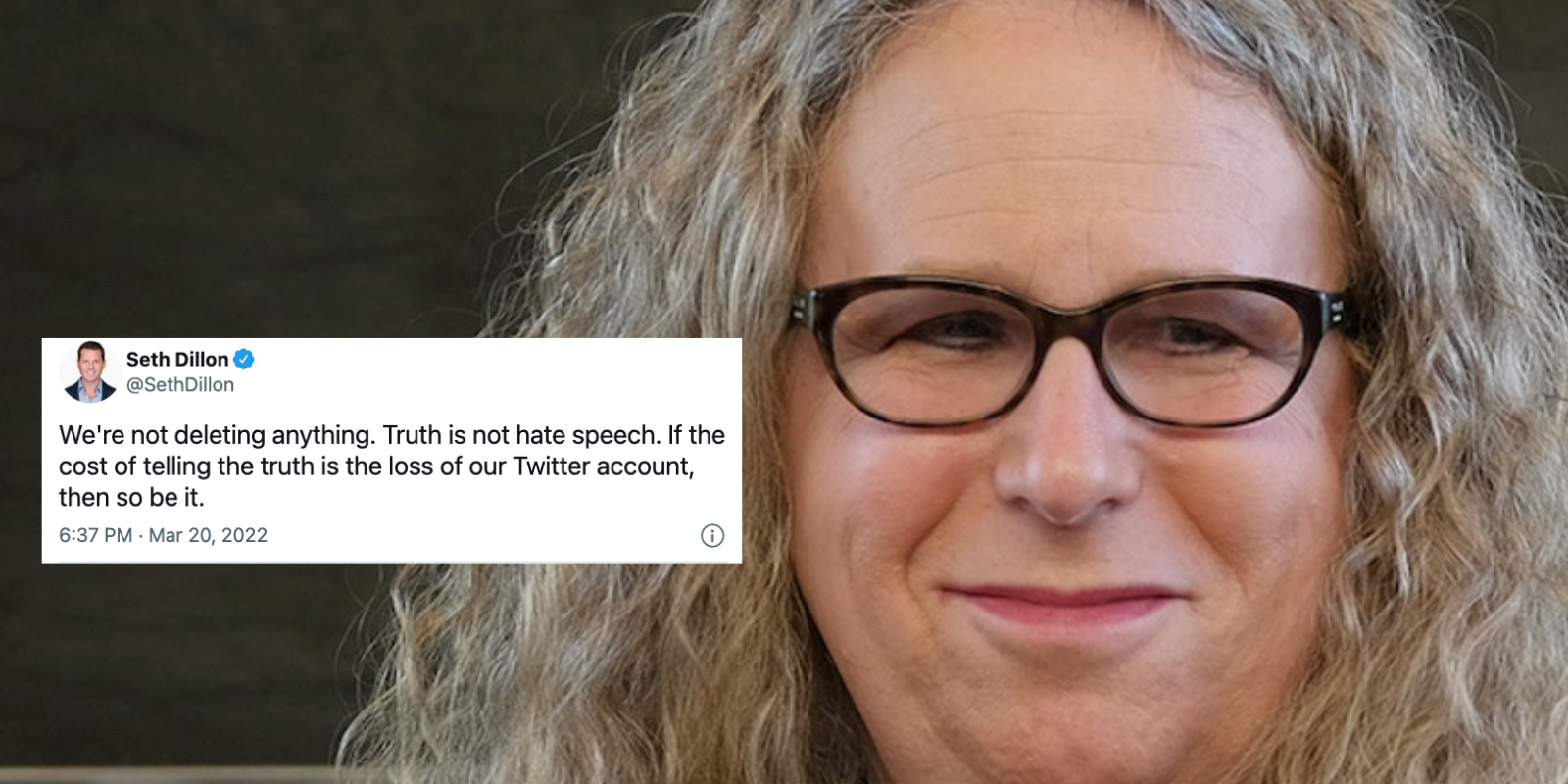 The Babylon Bee did the unthinkable, they told the truth on Twitter. And for that, their Twitter account has been temporarily suspended pending deletion of the offending tweet. The only hitch is that The Babylon Bee won't delete their tweet, and there wasn't anything particularly offensive about it.

The offense was referring to a male-bodied person who was born male, lived and worked as a man, then grew hair long and donned women's clothes later in life by way of claiming to be female, a man. The Babylon Bee's Seth Dillon said that the tweet would not be deleted.

The tweet in question was in regards to Dr. Rachel Levine, a biological male who, by virtue of identifying as a woman after decades living as a man and fathering children in the traditionally male way, was touted as a groundbreaking appointment to the Department of Health and Human Services, where Levine serves as assistant HHS secretary.

Twitter said the Bee's account was suspended for "violating the Twitter Rules" against "hateful conduct, citing the hateful conduct policy which stipulates that Twitter users "may not promote violence against or directly attack or threaten other people on the basis of race, ethnicity, national origin, caste, sexual orientation, gender, gender identity, religious affiliation, age, disability, or serious disease."

The brief article about the Man of the Year Award for Levine noted that Levine would be the Bee's "first annual Man of the Year," noted Levine's accomplishment of having been appointed by the Biden administration, saying that in that role, Levine "serves proudly as the first man in that position to dress like a western cultural stereotype of a woman. He is also an admiral in the U.S. Public Health Service Commissioned Corps."

"What a boss!" The Bee praises, referencing Levine's male birth name, a practice known as "dead naming" within the trans community. "Who says a dude as accomplished as this can't be named 'Rachel?'" The Bee writes. "This king doesn't care what people think about him! He often wears a dress, which some people think is weird—but he doesn't care one bit. Come on! Men in India wear dress-type garments, don't they?"

The Bee applaud's Levine's "be true to yourself message," saying "we couldn't agree more. This man is breaking barriers and showing us all the true meaning of courage."

"We applaud this precious and perfectly made child of God for all his accomplishments and hope he stays true to who God made him to be," The Bee writes with all sincerity.

Levine told USA Today "I think my definition of courage would be to be true to yourself, be true to who you are and then to pay that forward, to work towards the common good. That's what I have always tried to do."

When USA Today asked Levine "For transgender, nonconforming or questioning people, what is your advice to them on their journey?" Levine responded that they should "be true" to their "gender identity" and from that "everything else will follow." Levine also touted the importance of diversity. By the standards of a little more than a decade ago, Levine is a middle-aged white male, with all of the privileges thereto.

While defending his outlet's right to speak the God's-honest truth online, Dillon had advice for others, saying "Never censor yourself. Insist that 2 and 2 make 4 even if Twitter tries to compel you to say otherwise. Make them bans tens of millions of us."

And he urged users to stay in touch with the Bee even in the event that Twitter continues to uphold lies over truth, saying "get on our email list... become a premium subscriber."

Twitter has been pulling hard for Levine, and has suspended others for saying that Levine, a biological male, is a man. Among those are Rep. Jim Banks, who noted when Levine became an Admiral in the public health service that "The title of first female four-star officer gets taken by a man."

Banks also said, in response to Biden's Surgeon General Vivek Murthy's praise of Levin, that "Calling someone that was born and lived as a man for 54 years the first "female" four-star officer is an insult to every little girl who dreams of breaking glass ceilings one day."

This after Murthy said that Levine, who is a biological male in every conceivable definition of the term, is a female. Both Murthy and Levine are doctors, and graduated from medical school, where undoubtedly they studied human anatomy, biology, and reproduction.