The Siebel Family Revocable Trust, run by Kenneth F. Siebel Jr. and Judith A. Siebel, the parents of Newsom's wife, Jennifer Siebel, made a $5,000 contribution on April 6, 2022, through the Friends of Ron DeSantis PAC website. 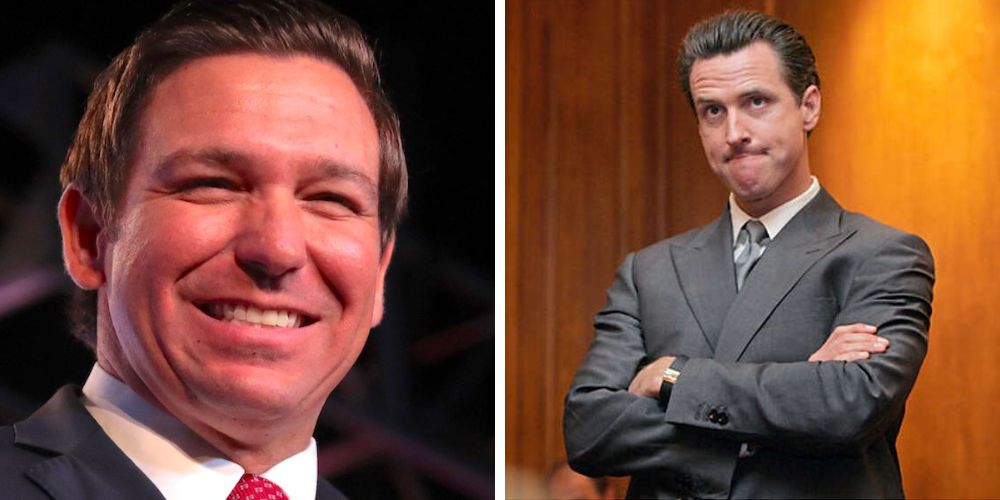 Democratic California Gov. Gavin Newsom’s in-laws made a sizeable contribution to Florida Republican Governor Ron DeSantis, despite their son-in-law’s vocal attacks against the leader of the Sunshine State.

Fox News reported that the Siebel Family Revocable Trust, run by Kenneth F. Siebel Jr. and Judith A. Siebel, the parents of Newsom's wife, Jennifer Siebel, made a $5,000 contribution on April 6, 2022, through the Friends of Ron DeSantis PAC website.

DeSantis and Newsom are both being named as potential 2024 presidential contenders and could square off if President Joe Biden and former President Trump choose to sit out in the next presidential cycle.

In July, Newsom drew national attention after airing an ad in Florida, telling residents that "freedom is under attack" in their state and encouraged them to move to California "where we still believe in freedom."

In response, DeSantis slammed Newsom's "terrible governance," saying that he sees "a lot" of California license plates in Florida, adding "if you go to California, you ain't seeing very many Florida license plates."