Both the Board of Trustees and the special committee "ultimately determined that given the division among the community about the moniker, it can no longer serve its purpose as a name that unifies." 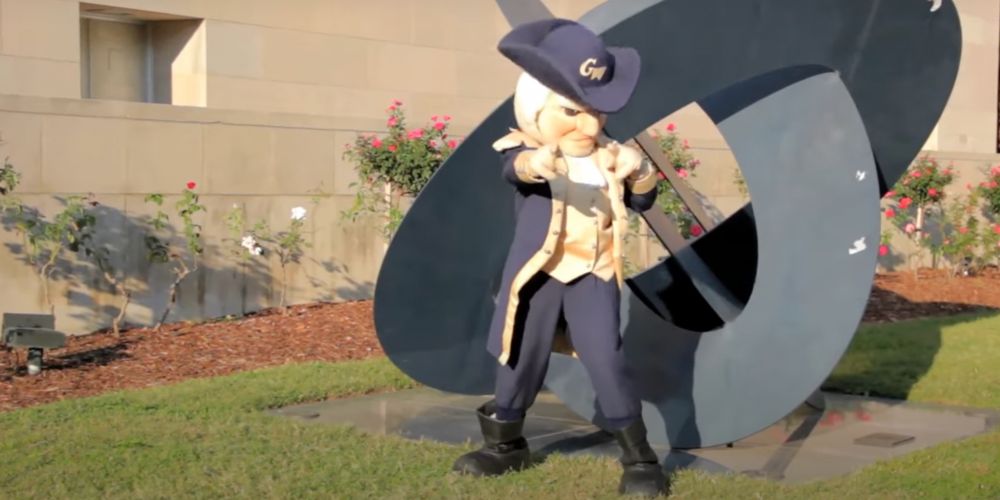 On Wednesday, George Washington University announced that it would be dropping the Colonials name based on the recommendation of the Special Committee on the Colonials Moniker.

The Washington DC-based University said that both the George Washington University Board of Trustees and the special committee "ultimately determined that given the division among the community about the moniker, it can no longer serve its purpose as a name that unifies."

"The board recognizes the significance of changing the university’s moniker, and we made this decision only after a thoughtful and deliberate process that followed the renaming framework and special committee recommendation that considered the varying perspectives of our students, faculty, staff, alumni and athletics community," said Board Chair Grace Speights.

"A moniker must unify our community, draw people together and serve as a source of pride. We look forward to the next steps in an inclusive process to identify a moniker that fulfills this aspiration," she continued.

The university stated that the Colonials moniker would continue to be used until a new moniker is introduced, which is expected to be announced by the 2023-24 school year.

Colonials became the university’s moniker back in 1926, with the school stating that "the special committee determined that the moniker arose casually and haphazardly, lacking thoughtful university-wide consideration."

The special committee determined that there were a number of connotations that arose from the name "Colonials."

"For supporters, the term refers to those who lived in the American colonies, especially those who fought for independence and democracy. For opponents, Colonials means colonizers who stole land and resources from indigenous groups, killed or exiled Native peoples and introduced slavery into the colonies. These are perspectives that cannot be easily harmonized, the committee concluded. Use and popularity of the moniker also has declined in recent years," the university wrote.

The committee found that while the GW community was divided on whether to ditch the name, they found that "the Colonials moniker does not adequately match the values of GW and can no longer serve its purpose as a name that unifies the community."

"As we embark on our third century, we must continue to lead with our values, strengths and the diversity of the George Washington University community," President Mark S. Wrighton said. "I was impressed by the principled and collaborative approach of the special committee, and it was clear this process was driven by research and robust engagement with the community. While some may disagree with the outcome, this process has determined that changing the moniker is the right decision for our university."

The process to change the name started back in November of 2019 with the formation of a Task Force on Naming by the board. The school said that the moniker had "already had been identified as a matter of concern given years of discussion among community members about changing it."

The special committee was convened in July of 2020 by President Emeritus Thomas LeBlanc, tasked with making a recommendation to the board as to whether the name should be changed.

"Our committee of students, alumni, faculty, staff and athletics representatives worked diligently to undertake a thorough review of the moniker," said Mary Cheh, chair of the Special Committee on the Colonials Moniker, and Elyce Zenoff, Research Professor of Law. "The committee took its role seriously, reviewing relevant historical research and soliciting feedback widely to produce a report and recommendation grounded in facts and recognizing the division among the community with respect to the moniker. Ultimately, we determined a new moniker would help support unity in our community. I am thankful for and proud of the committee’s hard work."

In search of a new moniker, the university has outlined a number of steps including the "selection of a firm that will partner with GW and its diverse stakeholders in the development of strategies, processes and creative recommendations," and the "commitment to a broad engagement effort for stakeholders throughout the entire GW community to participate in the creation, evaluation and selection of the new moniker."