Gov. Kate Brown (D-OR) is being sued by a united group of Oregon state troopers and firefighters over the COVID-19 vaccine mandate for all state workers. 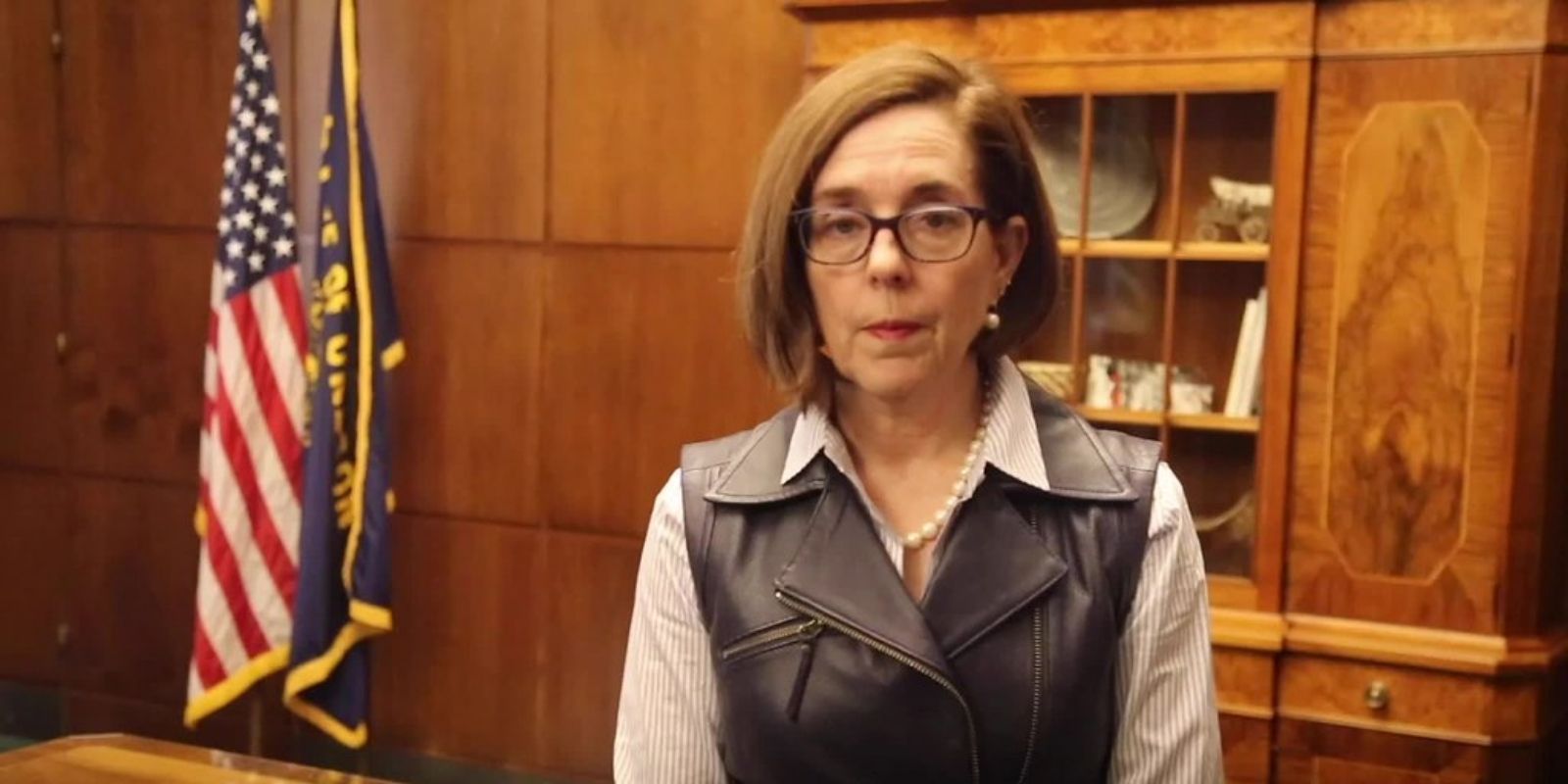 Gov. Kate Brown (D-OR) is being sued by a united group of Oregon state troopers and firefighters over the COVID-19 vaccine mandate for all state workers.

The suit aims to halt the mandate for good and its enforcement and alleges that the vaccine requirement violates the plaintiffs' right to freedom of expression, both at the federal and at the state level. According to Oregon Live, the lawsuit states:

If the lawsuit is ruled in the plaintiffs' favor, this could have nationwide repercussions for other areas with similar vaccine mandates in place.

State Trooper Zachary Kowing works in Bend, Oregon, and on Wednesday he was placed on paid leave after it came to light that he had recorded a video saying that he would not be getting the COVID-19 vaccine.

"This lawsuit has nothing to do with the efficacy of the vaccine at this point. It has to do with having their jobs held over their heads," Dan Thenell, the lawyer who filed the lawsuit and was retained by the eclectic group, stated.

Brown has also been under public scrutiny for alleged ties to the Communist Party of China. As outlined by The National Pulse's coverage, Brown has connections with Beijing's United Front Work Department, a foreign organization that's designed to soften Western backlash to Chinese influence. Brown attended the September 2015 China-US Governors Forum event held by the Chinese People's Association for Friendship with Foreign Countries (CPAFFC).