Tens of thousands of gun owners are rallying in Virginia, as pro-gun activists from across the country protest proposed restrictions by gun restrictions. 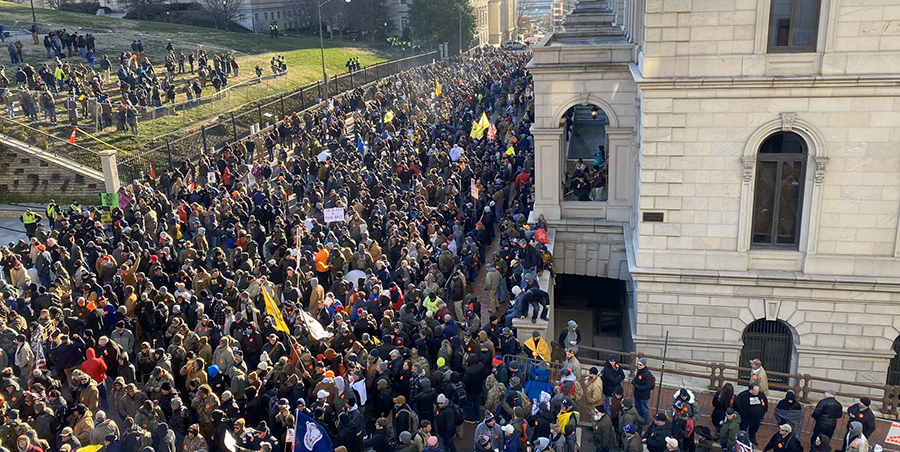 While Virginia may be for lovers, it’s also for gun-loving patriots.

Tens of thousands of gun owners have rallied on Richmond’s capitol hill, as pro-gun activists from across the country protest proposed restrictions by state lawmakers.

Those proposed laws come after Virginia Democrats took control of the state’s legislature for the first time since 1996 off the heels of campaign promises of gun reform. Pro-gun activists, on the other hand, believe that the Democrat’s laws would infringe on their second amendment right to bear arms.

“The Democrat Party in the Great Commonwealth of Virginia are working hard to take away your 2nd Amendment rights. This is just the beginning. Don’t let it happen, VOTE REPUBLICAN in 2020!”

“What’s going on here, if not stopped, will spread to other states,” said Teri Horne to CNBC, a Texas-resident who travelled to Virginia with a  Smith & Wesson rifle and .40-caliber handgun. “They will come for our guns in other states if we don’t stop them in Virginia.”

The protests have remained largely peaceful, though not without the due-diligence of law enforcement. Last week, the FBI arrested three members of a small neo-Nazi group. The group allegedly sought to start a race war by sparking violence at the event.