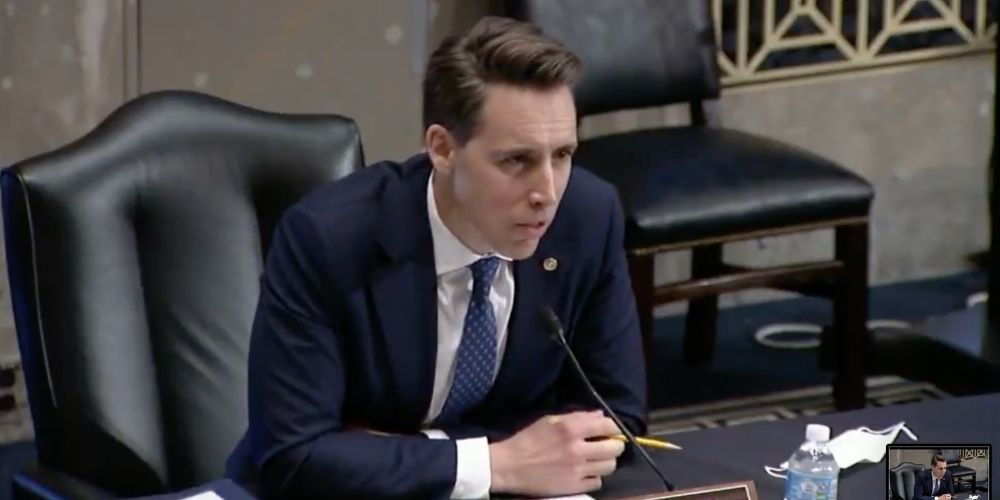 "Do you think the United States is a systemically racist nation? Is that fair to say?" Hawley asked Tuesday morning at the Senate hearing.

"I'm a big believer that—and I'm sure this is a value we all hold—that we seek to ensure that everyone has equal opportunity in this country," said Ahuja. "I think, you know, I understand and appreciate also the historical challenges that many individuals have experienced based on their race or ethnicity, and I think it's important that we have that understanding in addressing problems in inequities."

"And so having very tailored approaches, that's the work we did in the philanthropic space, was to understand the experience of Indigenous peoples, especially in the northwest, what are the type of solutions that our funders may want to think about as far as supporting those communities and so on," she continued.

In an address given after the hearing, Hawley stated that he was "concerned that Ms. Ahuja is a disciple of radical critical theorists."

"And just last year, Ms. Ahuja wrote that we must free the nation from the daily trials of white supremacy. Those are her words," Hawley continued.

Hawley said he was concerned that Ahuja, acting as "the federal government's HR director," could "use her platform to promote radical ideologies that seek to divide rather than unite the American people. She could bring critical race race theory back into federal government training into every level of federal personnel stronger than ever, and I'm not alone in this concern."

He stated that all of his Republican colleagues on the Homeland Security Committee voted against confirming Ahuja back in April.

"Two weeks ago, the Federal Law Enforcement Officers Association, they represent 100,000 federal police officers that protect and defend our nation every day, they announced that they were also concerned about Ms. Ahuja's nomination because of her advocacy of critical theory," Hawley added. "I have to say I agree with federal law enforcement."

"We should nominate candidates for public office that are committed to ideological neutrality to fairness and to impartiality under the law," said Hawley. "This is about ensuring that the federal government stands for unity, not division. Harmony, not hate."

Addressing Biden, Hawley stated that "we need a strong nation with strong citizens who see each other as Americans not as oppressors or oppressed."

Hawley commented that many Americans are seeing the country as one built on oppression, and as a country that continues to be a "systematically systemically racist place."

"I like to say, Mr. President is, that's not the America that I see. And that's not the America that I know. The working people of this country who have rallied to this nation's flag and every hour of danger, who are the first to help a neighbor in need, who coach our little leagues and volunteer at our churches who go to work day in and day out to provide for their families and protect the place they call home. These are not oppressors. Mr. President, these are liberators," Hawley stated.

"The advocates of critical theory tell us we have to dismantle our culture, our history, our families, our Jewish and Christian heritage and beliefs because they're all oppressive. They say the future of this nation will be defined by racial division and racial strife," Hawley added. "Mr. President, I reject that prophecy of our future and I take my stand on the goodness of the American people and the God who guides us I take my stand on hope."