Helen Joyce's 'Trans: When Ideology Meets Reality' is a much needed takedown of woke ideology

It's about time that we refuse to allow the deranged children of the culture war a seat at the adult's table. 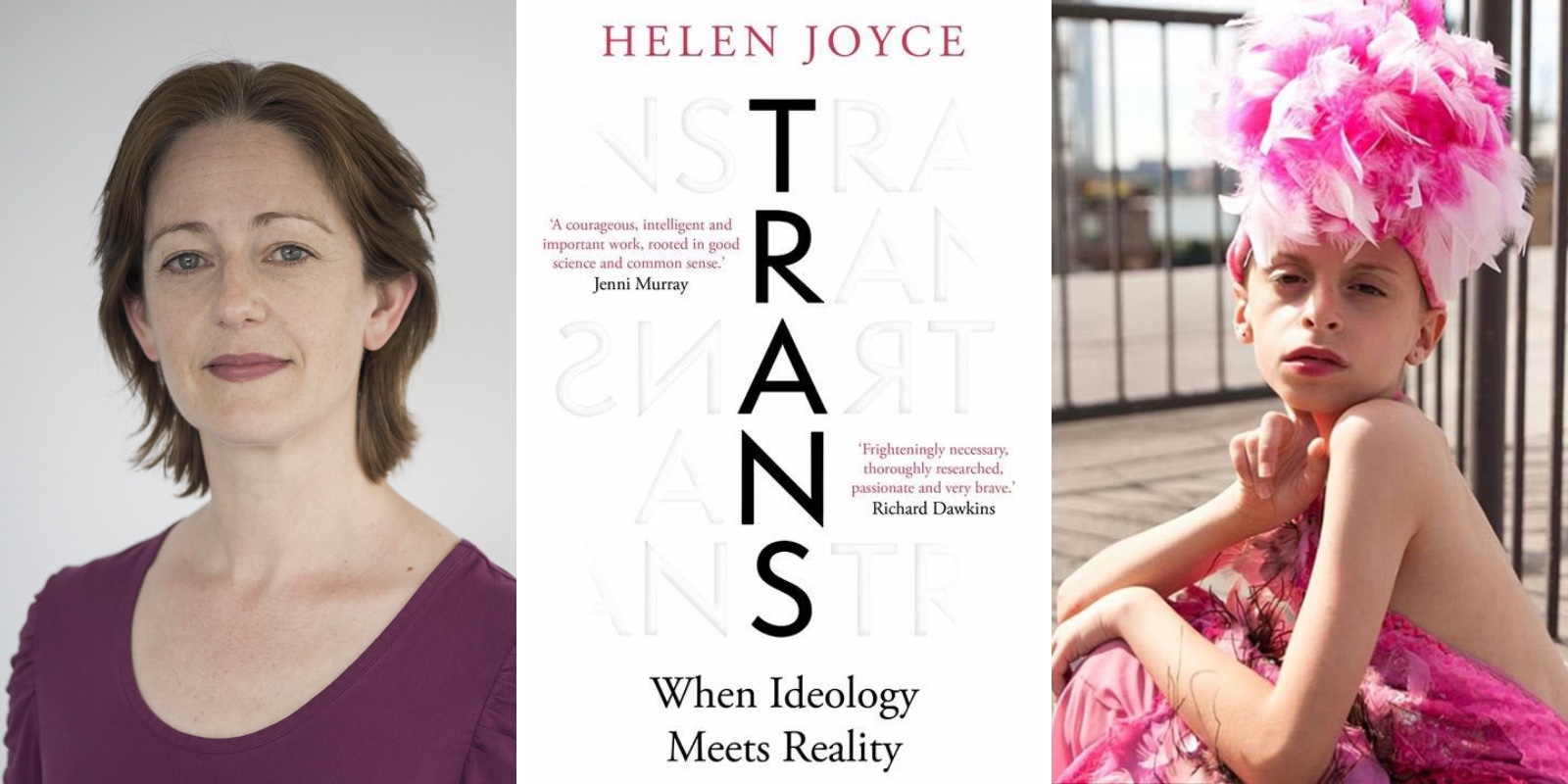 The anti-woke canon is growing, and Helen Joyce knows it. "This book is my contribution," she writes as the final sentence of her new book, Trans: When Ideology Meets Reality.

Specifically, Joyce is contributing to "a renewed societal commitment to the Enlightenment values of open inquiry and robust debate," she writes. And she is committed; Joyce took a sabbatical from her role as editor at The Economist to write this book, so vexed was she by the meteoric rise of gender identity ideology couched in the language of civil rights movements of recent decades. There's something off about the trans movement, and Joyce took notice.

To certain people – Joyce calls them "gender apostates" and noted that of the ones she met "almost all had a compelling personal reason to speak out, or a character trait that could be described as courage – or pig-headedness" – exposure to trans activism triggers a tripwire in the rational part of their minds. Some who look inside the trans activist movement cannot in good conscience carry on – not while children are sterilized and women risk losing their standing as a distinct legal class, amongst other problems, which Joyce describes fully.

Joyce's book is the most comprehensive on gender identity ideology to date. She covers every offshoot: our culture's slide into post-modernism and denial of material sex; the billionaire funders behind the trans lobby; the ways women and children are harmed by this ideology; the way the ideology upholds what we thought were dying sex stereotypes and everyday homophobia; the stealth, top-down nature of this faux-grassroots movement; and of course all of the notorious – and notoriously underreported – examples of predatory persons abusing gender self ID laws to harm women and children. See: Karen White, Jessica Yaniv, and more.

Joyce also describes actual grassroots movements forming in response to this mess; in fact, she toured Europe and North America to meet many of the women and men who've gotten involved (myself included – we had a lovely chat over tea in Vancouver, Canada in the pre-pandemic world). Inspired by UK women's groups, there are now numerous and similar groups around the globe – some fighting to stop gender self ID laws from being enacted (such as with the recent victory by Italian women), or to amend or repeal legislation that was pushed through with little to no public consultation, as in Canada.

Critics of Trans piped up in predictable fashion, falsely labelling her "anti-trans," for instance. On Twitter, I saw some suggestion that Joyce should have engaged with the theory behind third-wave feminism and post modernism. I disagree; and may we never forget Douglas Murray's take on these very theorists: "Their work is unreadable." Similarly, Joyce, in a recent interview with writer Andrew Doyle, excoriated the adherents to gender identity ideology when she said "I don't think we can waste our time trying to debate people who believe crazy, deranged things, and whose response to just stating women's rights and biological reality is to make rape and death threats. We have to talk around them to the policy makers and actually just sideline them."

Yes. It's about time that we refuse to allow the deranged children of the culture war a seat at the adult's table. I don't attempt to understand my toddler when he speaks in gibberish; there is no point – unless I want to derange myself. And even if the gender activists were speaking sense, they would still refuse to engage with critics in good faith. As Joyce points out in her Through the Looking Glass chapter, "gender identity ideologues reject the concepts of viewpoint diversity and open debate." It is only recently that dissenting views on gender identity ideology have entered the mainstream (Joyce explains why this is in her book).

Few inquiries are more overwhelming than someone new to this debate asking, "So, why are you interested in this topic so much?" I used to wonder where to start without sounding like a mad conspiracy-addled Tumblr addict. How much time do you have? I might laugh. I worry less about this now. I can just refer to Helen Joyce's book.

In the past year, I've seen fellow culture war veterans talk about the tide turning in the trans activist debate. I don't think "turning" is the right metaphor; as Joyce points out, huge numbers of the public are uninformed about gender identity ideology. They will not turn, then, because they are heretofore oblivious to the problem; it is the apostates like Joyce who are the tide – and it's finally coming in.