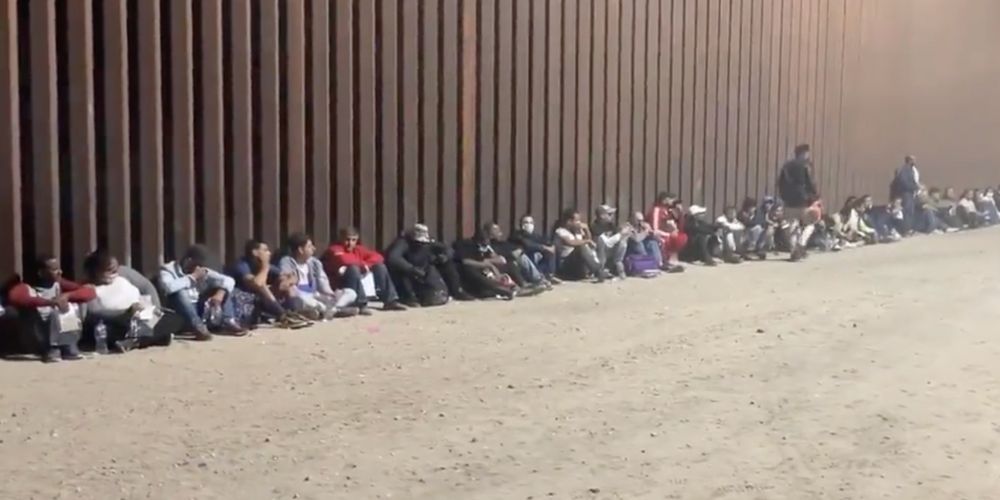 Late Thursday night into Friday morning, hundreds of illegal immigrants were filmed crossing a section of the southern border near Yuma, Arizona, with estimates of total border crossers reaching 800 people.

In a video taken by Turning Point USA contributor Drew Hernandez, a steady stream of illegal immigrants is seen crossing through a gap in the border wall.

He said on Twitter that this large group came across the border within the span of an hour, with a large line of waiting migrants forming at the base of the border wall.

Hernandez noted one of the gaps that the migrants were coming through, pointing out the irony of the people walking over a no trespassing sign.

Video shows a massive line of migrants seated at the base of the border wall, with groups of people being placed on buses.

Hernandez said that a coyote told him around 800 people would be in this group traveling in the early hours of the morning.

The group was not just migrants originating from central and South American countries. In one video, a group of Russian migrants here heard thanking President Biden. Hernandez said that the group also included migrants from Georgia, Brazil, Cuba, Colombia, and more.

He noted that this group, while it included families with women and children, were "mostly men."

So far in the 2022 fiscal year, which started in October, 1,295,900 migrants have been encountered crossing the southern border by US Customs and Border Protection agents, according to CBP statistics.