'I was part of the peaceful protests': Kamala Harris on civil unrest

Among those who Harris bailed out were a man accused of sexually assaulting an 8-year-old, and another who assaulted a 71-year-old woman and burglarized her home. 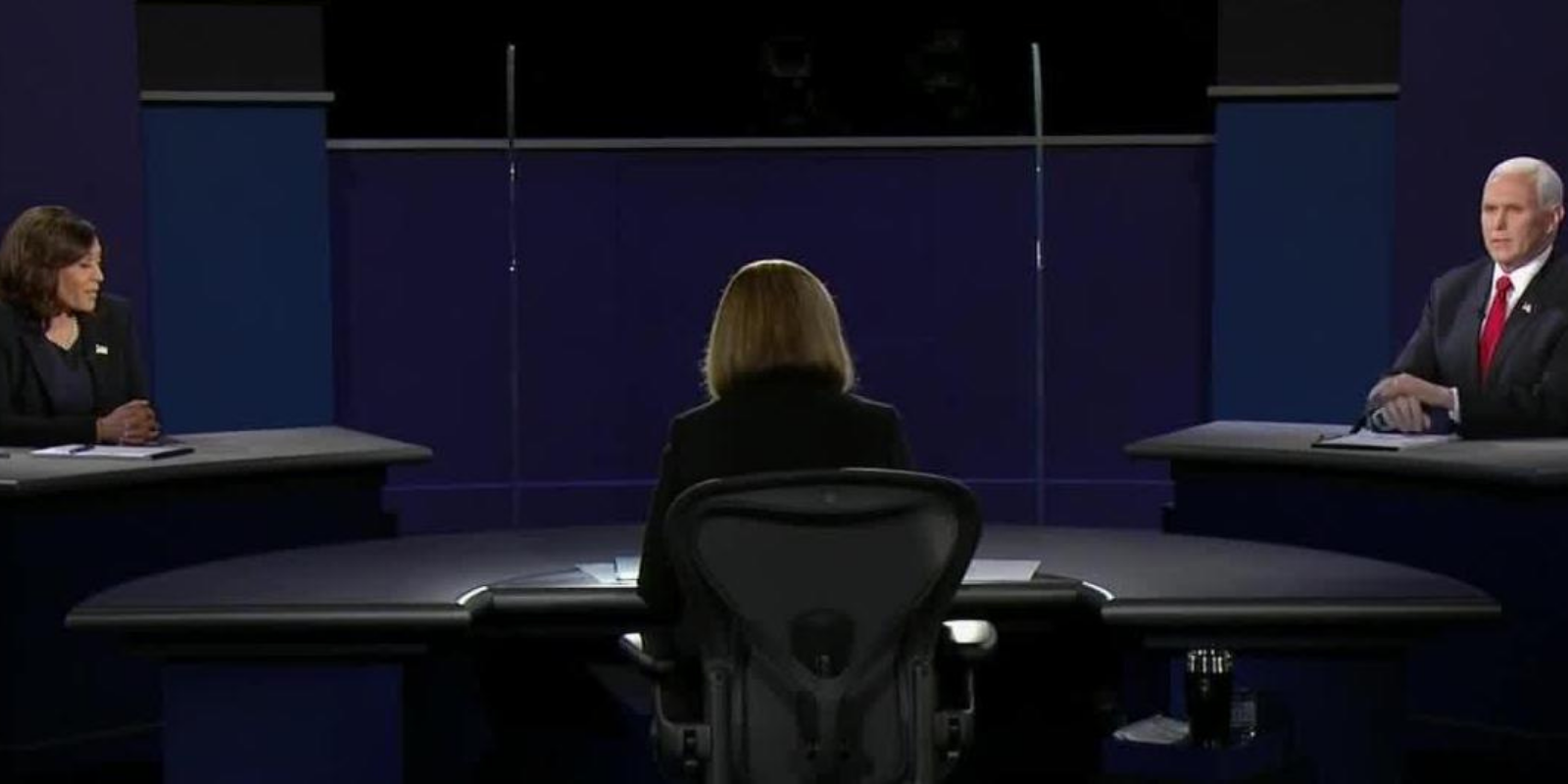 During the vice presidential face-off as violence continues in residential neighbourhoods, former chief prosecutor Sen. Kamala Harris claimed that she was a part of the "peaceful protests" in the "fight to achieve our ideals" despite her unfaithful track record in criminal justice reform.

The first and only vice-presidential debate between Vice President Mike Pence and Democratic challenger Senator Kamala Harris took place at the University of Utah in Salt Lake City on Wednesday night.

Last month, two independent investigations revealed that the responding officers did in fact make their presence known before entering Taylor's home in Louisville, Kentucky. The findings of a Jefferson County grand jury inquiry into the fatal shooting by police determined that only ex-officer Brett Hankinson will face criminal charges of wanton endangerment in the first degree.

Harris pivoted to George Floyd's case that she dubbed the "eight minutes and 46 seconds that America witnessed during which an American man was tortured and killed under the knee of an armed uniformed police officer."

"And people around our country of every race, of every age, of every gender—perfect strangers to each other—marched shoulder-to-shoulder, arm-to-arm fighting for us to finally achieve that ideal of equal justice under law," Harris stated, adding that she was "a part of those peaceful protests."

She reportedly attended her first protest in a stroller in the 1960s."This is a movement. I'm telling you," Harris told Stephen Colbert in a June virtual episode of "The Late Show," adding that protesters "should not" and "we should not" stop the foreseeable mass chaos after Election Day. Harris attributed criminal justice reform to Black Lives Matter efforts, arguing that "these movements provide a counterforce to get us to where we need to be."

The Biden-appointed vice presidential pick has repeatedly encouraged protesters and even helped fund riot arrestees' release from jail. That same month, Harris advocated for the public to fund bail for arrested suspects implicated in the Minneapolis riots. "If you’re able to, chip in now to the @MNFreedomFund to help post bail for those protesting on the ground in Minnesota," Harris had tweeted with a link to the Minnesota Freedom Fund, which has bailed out defendants from Twin Cities jails charged with violent felonies and sex crimes.

Among those who Harris bailed out were a man accused of sexually assaulting an 8-year-old, another who assaulted a 71-year-old woman and burglarized her home, and a third who allegedly stomped on the victim's head before robbing the individual.

"I believe strongly that, first of all, we are never going to condone violence, but we always must fight for the values that we hold dear," Harris continued, "including the fight to achieve our ideals."

Harris then bragged about her former career prosecutor that "I know what I'm talking about. Bad cops are bad for good cops." She then urged police and criminal justice reform, declaring that the Biden administration would immediately ban chokeholds and carotid holds. "George Floyd would be alive today if we did that," Harris claimed.

The Democratic ticket's leadership would also purportedly require a national registry for police officers who break the law, eradicate private prisons, eliminate cash bail, and decriminalize marijuana possession and expunge the records of those convicted.

Then Page asked Pence the same question related to restorative justice. "Well our heart breaks for the loss of any innocent American life. The family of Breonna Taylor has our sympathies," Pence responded, "but I trust our justice system."

"But with regard to George Floyd, there's no excuse with what happened to George Floyd. Justice will be served," Pence turned to the ground zero incident of ongoing civil unrest ravaging the nation. "There’s no excuse for the rioting and looting that followed," he said.

Then Pence named the owner of a Minneapolis hair salon shop that was destroyed amid the Minneapolis riots. Her shop was torched on May 29 even though "Black owned" was spray painted on the storefront. Flora Westbrook, the owner of Flora's Hair Design, showed her small business' wreckage to Pence and Ivanka Trump during their last month trip to promote President Donald Trump's law-and-order campaign in Minnesota. Westbrook attended the debate as Pence's guest.

"Just a few weeks ago, I stood at what used to be her salon that was burned to the ground by rioters and looters. And Flora is still trying to put her life back together," Pence explained.

Pence moved to attack the Biden-Harris propagated presumption that America is systemically racist. The vice president then asserted that the notion that law enforcement is implicitly biased against minorities is a "great insult" to the men and women who don the uniform everyday.

He then recounted how Harris "walked out of the room," filibustered, and voted against advancing Sen. Tim Scott's "Justice Act" police reform bill on the Senate floor, which intends to hold police officers accountable with a revamped use-of-force database, restrictions on chokeholds, and fresh commissions to study law enforcement and race.

"But we don't have to choose between supporting law enforcement, improving public safety, and supporting our African American neighbors and all our minorities," Pence stated.

Before Page cut the vice president off, Pence mentioned historic unemployment, investments in education, and the fight for school choice as achievements earned under the Trump presidency.

"I will not sit here and be lectured by the vice president on what it means to enforce the laws of our country," Harris rebutted. "I'm the only one on this stage who has personally prosecuted everything from child sexual assault to homicide." She went on to list her background prosecuting big banks against homeowners and for-profit colleges against veterans.

As a red herring, Harris drummed up the left-wing hoax alleging that Trump failed to condemn white supremacy during the presidential debate last Tuesday despite the fact that the president has disavowed white nationalists over 20 times.

"You did nothing on criminal justice reform in California," Pence concluded, shedding a light on how Harris "didn't lift a finger to pass the First Step Act on Capitol Hill," a bipartisan recidivism reduction bill signed by Trump in December 2018. "The reality is: your record speaks for itself," the vice president fired.