Elites like Isra Hirsi can stoke the flames of violence from the safety of their homes while encouraging the poor and disenfranchised to take to the streets by rioting. 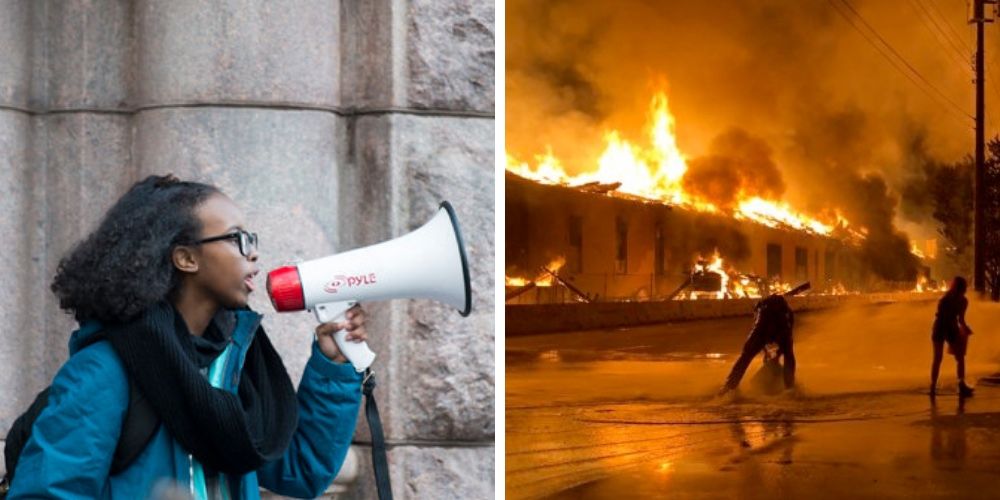 Ilhan Omar is no stranger to controversy, and the apple does not fall far from the tree. The Congresswoman’s daughter, Isra Hirsi, who participated in protests in the past as a "climate activist", is now sharing support for the riots currently going down in Minneapolis, where she lives.

In a series of tweets on Thursday, Hirsi shared numerous tweets that could be read as calls to action against the police.

One of the tweets Hirsi promoted was posted by Twin Cities DSA, an antifa-affiliated account.

"Want to help out your comrades protesting at the 3rd precinct (at Lake and Minnehaha?) Here’s a good list of much needed supplies (except for milk! Water is always better for eyewashing than milk!! Please don’t bring milk!)"

The tweet included a list of "supplies" protesters could bring to the protest site, which includes goggles, gauze, first aid, plywood for shields, "anything else useful for shielding from cops", and a variety of makeshift weapons including tennis rackets and hockey sticks.

This morning, buildings near the 3rd Precinct police station were set on fire, including a  low income residential building that was currently under construction and a Target store that served the neighborhood.

While the question is up in the air as to who set fire to the building, the fact remains that elites like Isra Hirsi can stoke the flames of violence from the safety of their homes while encouraging the poor and disenfranchised to take to the streets by rioting.

The violent actions committed by the so-called "protesters" in defiance of the police only hurts those living in the neighborhood and it will inevitably result in stronger police action—and not necessarily against any of the rioters. The police, who should rightfully face condemnation for their brutality against George Floyd, are now tasked with protecting the community from rioting.

At the end of the day, the biggest losers will not be the police, or the state, or even the protesters—but those living there, who are already impacted by COVID-19 and now have fewer jobs, businesses, and opportunities available to them as a result of the violence and the incoming crackdown.