Trans rights activists made use of the platform to proclaim their assertion that trans women, gender non-conforming biological males who identify as transgender, are in fact women. 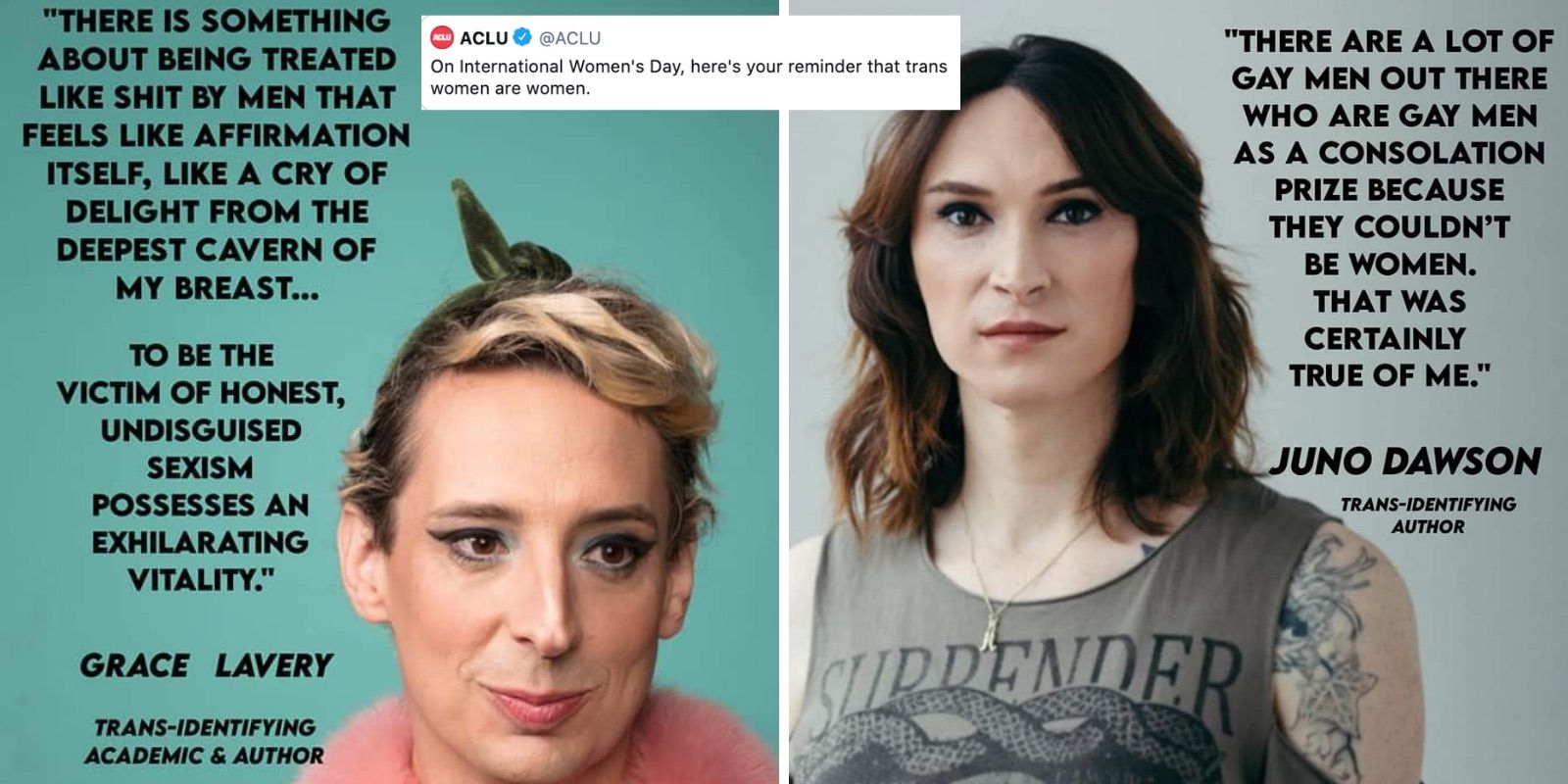 Monday marks International Women's Day, and along with it comes a fight to control the narrative surrounding women, women's rights, and the global condition of women and girls.

Many women's groups took the opportunity to make visible their causes around the world, from lifting women and girls out of poverty to ending female genital mutilation. Trans rights activists made use of the platform to proclaim their assertion that trans women, gender non-conforming biological males who identify as transgender, are in fact women.

Stonewall UK, that advocates for the medical transition of minors, said: "On #InternationalWomensDay we send love, solidarity & support to all lesbian, bi & trans women in the UK & across the world. We're proud to fight for their freedom, equity and potential, and to bring about change for our communities alongside so many brave, determined feminists."

In sharing a tweet from transgender identified activist Charlotte Clymer, one Twitter user stated "#TransWomenareWomen and #TransRightsAreHumanRights and #TransIsBeautiful. Having International Women's Day means nothing if we're not intersectional and inclusive."

The theme of this International Women's Day was #ChooseToChallenge, and Heron Greenesmith, an attorney and writer, said:

"If you're a cisgender woman, I have a challenge for you: if you see anyone talking about "real" women and girls, or implying that trans women aren't women, respond today! Read on for possible responses!

"Response to someone who you think might have said it by accident, or didn't know better: "Oh my! I'm not sure *I'm* a real woman if we're using that term! Gatekeeping who gets to be a woman never goes well. Let's celebrate all women today!"

Other simply shared graphics of male-bodied persons and said they were women.

The tweet from an account of a trans identified person called Plastic Martyr said simply: "Happy International Women's Day. Remember.... #TransWomenareWomen Love to ALL my ladies out there! #InternationalWomensDay"

This narrative was combatted by feminists who adhere to the basic idea that a female body is integral to the definition of being female, and that biological sex is not a mutable construct, but a tenet of reality.

In response to the ACLU's missive that "trans women are women," attorney Christiana Holcomb said "On International Women's Day, here's your reminder that womanhood isn't reduceable to cosmetic surgery and artificial hormones. A woman is born, not made."

Canadian Women's Sex-Based Rights called out the basic misogyny they see in the trans rights movement, which reduces women to their stereotypical qualities.