Irish teacher JAILED after refusing to use student's preferred pronouns

Despite being placed on leave, Burke continued to show up for work each day, sitting in an empty classroom, which prompted the school to seek an injunction. 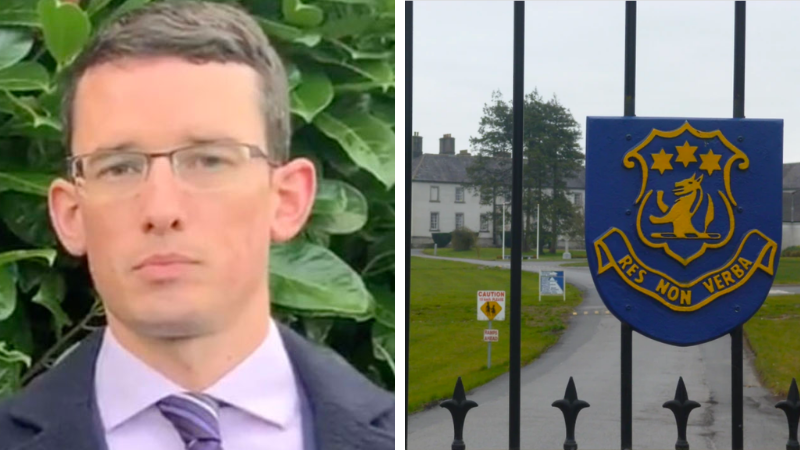 A high school teacher in Ireland who refused to use gender-neutral pronouns for a student has been sent to prison for breaching a court order barring him from teaching or being on school property.

The controversy began in May, when Enoch Burke, a teacher at Wilson's Hospital high school in County Westmeath, refused to address a student as "'they" rather than "'he", as had been requested by the student and the student's parents. A disciplinary process commenced, and Burke was placed on leave with pay pending its outcome, according to The Daily Mail.

However, despite being placed on leave, Burke continued to show up for work each day, sitting in an empty classroom, which prompted the school to seek an injunction to prevent him from being on the property.

When he refused to obey the injunction, a further order was sought by the school for his removal and arrest.

"I am a teacher and I don't want to go to prison," said Burke to Judge Michael Quinn during a court appearance. "I want to be in my classroom today, that's where I was this morning when I was arrested."

"Transgenderism is against my Christian belief. It is contrary to the scriptures, contrary to the ethos of the Church of Ireland and of my school," Burke told the court.

As reported by Ireland's RTE, Burke said that suspending a teacher was a drastic step and could only be done if there was an allegation of gross misconduct, and there was no such allegation against him.

He acknowledged receipt of the injunction, but further stated that if he were to comply with the suspension and obey the court's order, he would have to accept that his belief in the existence of biological sex, and his refusal to be compelled to use preferred pronouns, opened him up to a fair charge of gross misconduct. Burke does not believe this to be so.

Representing himself in court, he stated: "I love my school, with its motto Res Non Verba, actions not words, but I am here today because I said I would not call a boy a girl."

He went on to describe his suspension as "unreasonable, unjust and unfair" adding that he believes it has tarnished his good character and his good name, stating "It leaves a stain on what has been, for me, an unblemished teaching record."

RTE quoted a lawyer for the school saying that it was with a "heavy heart" that the school sought Mr Burke's committal to prison; that they "did not want to punish Burke but wanted him to abide by the court orders" and that there was concern "about the ongoing disturbance to students".

The ruling was for breach of a court order and not in any way a reflection of the merits of Burke's arguments with regards to his religious beliefs or his suspension.