"I am Jewish. This is my art, this is how I express myself. I don’t agree with Judaism and how the Jewish people are," Farnoush Hakakian reportedly told authorities. 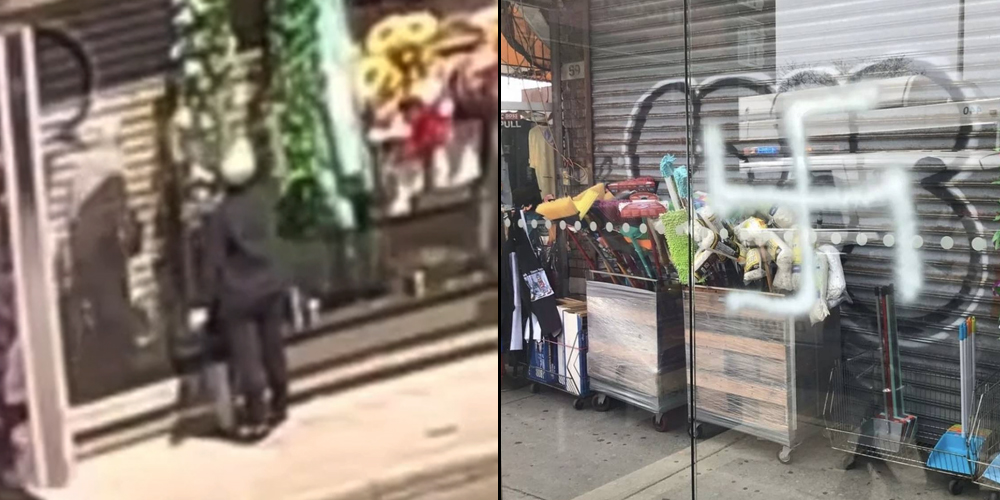 A Jewish woman was charged with criminal mischief as a hate crime for drawing Nazi symbols over an antisemitism ad and elsewhere on a bus stop in Brooklyn, New York.

45-year-old Farnoush Hakakian was arrested last Wednesday for spray-painting a pair of swastikas at the bus pick-up area in Borough Park, according to the New York Daily News.

"I am Jewish. This is my art, this is how I express myself. I don’t agree with Judaism and how the Jewish people are," the suspect said, according to a police source.

Hakakian was captured on surveillance video earlier this month, carrying out the act in front of other witnesses. The suspect not only confessed to the crime when confronted about it by police, but she also posted about her own acts on social media, sharing an earlier report about the vandalism.

One swastika was painted on an "#EndJewHate" ad put up by jewbelong.com. The other was sprayed onto the glass backside of the bus stop structure.

Earlier this month when the crime was first reported, JewBelong’s co-founder said: "This must stop. This type of hate followed by the deafening silence from supposedly good people should be abhorrent to anyone who stands for justice. You don’t have to be a historian to know that to be quiet about hate doesn’t stop the haters."

After her arrest, Hakakian announced she’s converting to Buddhism. Her lawyers didn’t have any further comment.

This follows other swastika incidents from earlier this year. A man was spotted by the NYPD drawing a swastika on a Manhattan office building.

In Washington DC, a 34-year-old man defaced Union Station by drawing swastikas on "almost every column" of the building. Authorities nabbed a suspect and discovered his illegal migrant status soon after.